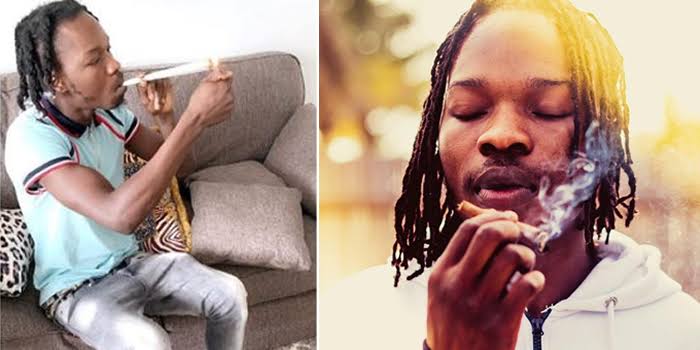 The whole idea of the ‘Marlian’ movement is informed by Nigerian Afro-pop singer Naira Marley who has gained quite a following among the regular and elite music lovers in Nigeria. Known for his lewd lyrics, imagery and even trouble with the law, his music has somehow absolved him of accountability from the public and the influence of what he does is spreading like wildfire, thus giving rise to what is known as the Marlian cult amongst females in secondary school.

A parent has narrated how female students of a school were suspended for forming a ‘Marlian cult‘. According to reports, a student was caught with her underwear in her school bag. Upon investigation, it was discovered that she wasn’t wearing any underwear, even though she left home wearing one. When asked, she confessed to being a member of a Marlian cult in school.

Back to the story of how the singer’s influence is spreading among secondary school girls who want to be considered ‘cool’. The female student in question further revealed that part of the cult’s rule is to go pantiless on Mondays, Wednesdays, and Fridays; clearly alluding to a popular phrase among Marlians (lovers of Naira Marley’s music). After being punished, the student pointed out other students who belong to the cult and they were all suspended. One of those suspended is the daughter of a deaconess and an elder in church.

Read the story below as shared by Facebook users.

A Facebook user, Adebiyi Gabriel Olajide-Mackson, shared this story that highlights the influence of Naira Marley and his Marlian gang on the daughter of a disappointed mum who shared her experience with her daughter on Facebook .

Another deadly virus in the society, being a Marlian!!!

Did Naira Marley initiate anyone into a cult?

I am just coming from my daughters school right now. Their principal called me around 9am this morning to report to school over an emergency. I panicked and drove over only to be told that my 15 year old daughter and most of the girls from her class and other senior secondary classes are to be suspended for being members of a female secret cult. They were about 25-30 girls all kneeling down with their hands up.

I was shocked and I asked for further explanation’s and the head teacher said that a teacher who was disciplining late comers found out that one of the girls had her pant inside her school bag and on further investigation, it was discovered that she wasn’t wearing any on her waist.

When she was flogged and interrogated further to know why and how she was not wearing her pant, she confessed that she was a member of the Marlians cult in school and that part of their rules was that they must not wear pant to school on Mondays, Wednesday’s and Friday’s. I was shocked. The head teacher told me that she was flogged some more until she mentioned all their members from SS1 – SS3 and unfortunately, my daughter who is a born again child of Zion was involved. Laila, the devil has succeeded and my daughter has entered cult.

I was handed her letter of 2 weeks suspension and shame nearly killed me. The daughter of an elder and deaconess, i battled hard to hold my tears, I had to bring her home right and God in heaven knows that i will beat that Marlians cult out of her today and her father will finish the work when he comes home this night.

I wont spare her else the devil wins. The bible was clear on the issue of sparing the rod. I have never subscribed to flogging but i have just given up. I checked her vagina and her hymen is still intact so I don’t understand why she has to leave the house wearing pant only to remove it on getting to school cos Initially I was afraid that she may have been violated or maybe having sex with the cult members or something like that.

I honestly don’t understand why this girl has decided to disgrace our family like this. Worse is that children of some of our church member also attend the same school and witness the show of shame.

I banned Naira Marley song or cloths in my house little did I know that his cult has also gone into schools to defile our young ones. I rather die than have a child of mine become a reproach to the kingdom of God.

READ ALSO: Shocking Confession Of A 16-Year-Old Cyber Fraudster Is A Wake Up Call To All Parents & Guardians

Journalist, Lara Wise confirmed that the threat to the morals of young girls is real. See screenshots below: 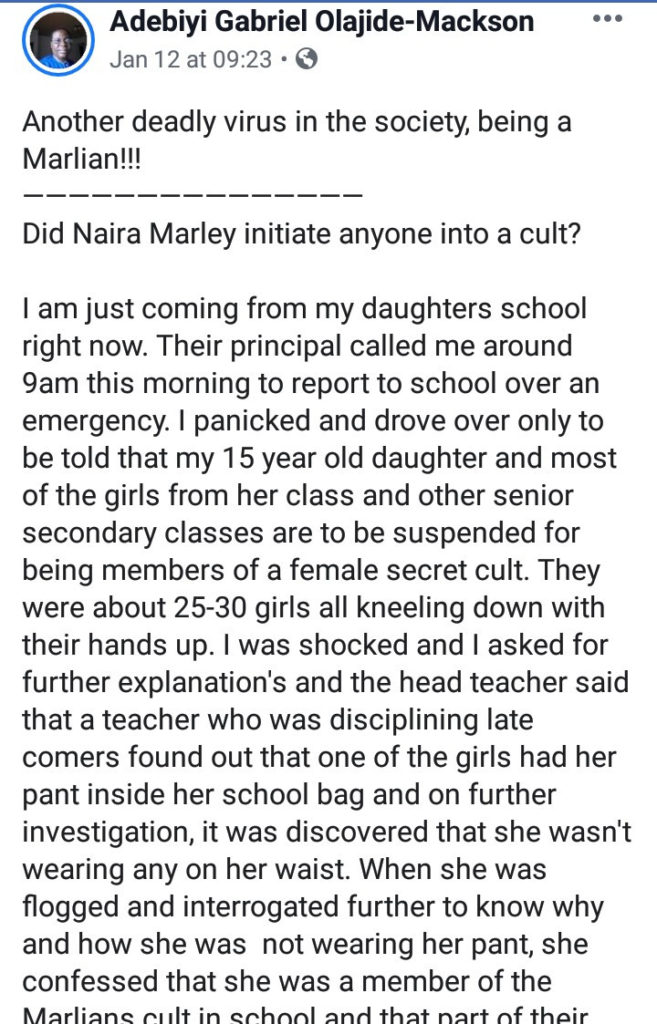 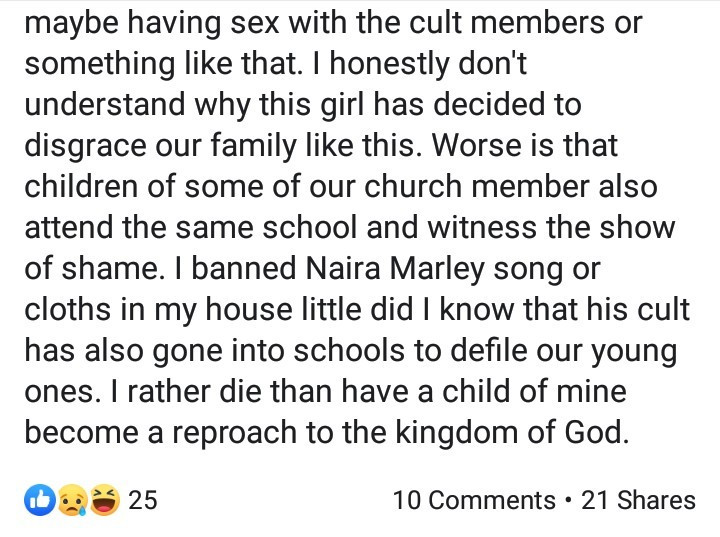 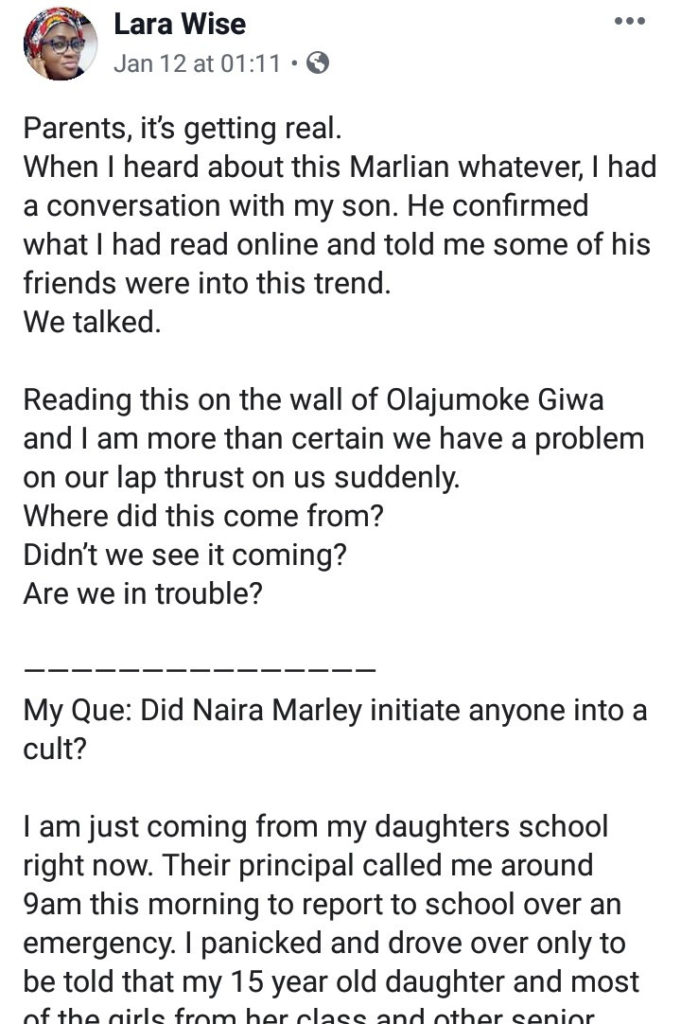