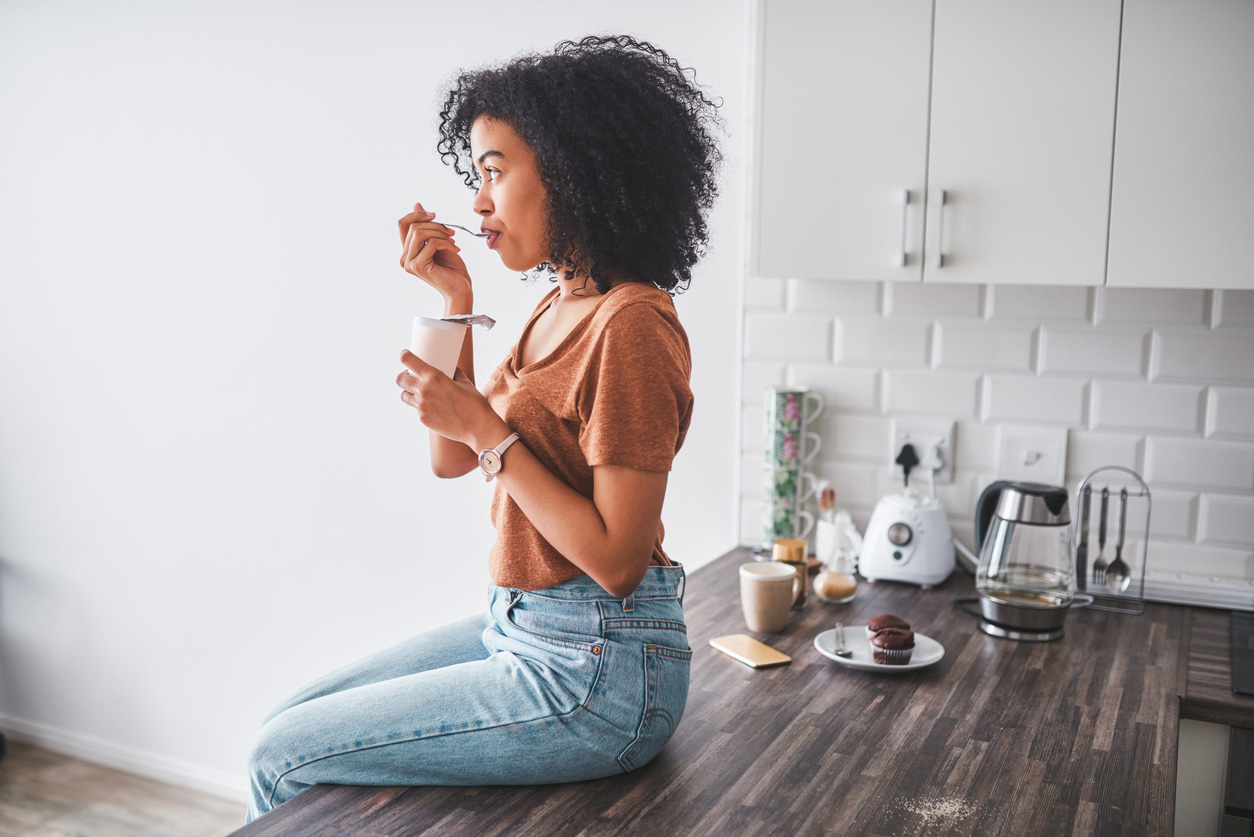 One of the causes of breast cancer may be inflammation triggered by harmful bacteria, researchers suggest. Scientists advise consuming natural yogurt, which contains beneficial bacteria dampens inflammation. This is similar to the bacteria found in breastfeeding mothers.

Scientists say their idea- as yet unproven — is supported by the available evidence, which is that bacterial-induced inflammation is linked to cancer.

READ ALSO: Nigerian Mum, Gloria Okwu Tells Other Women How To Approach A Cancer Diagnosis After She Survived Hers

The researchers say that:

“There is a simple, inexpensive potential preventive remedy; which is for women to consume natural yoghurt on a daily basis.”

Yogurt contains beneficial lactose fermenting bacteria commonly found in milk, similar to the bacteria — or microflora- found in the breasts of mothers who have breastfed.

“We now know that breast milk is not sterile and that lactation alters the microflora of the breast.

Lactose fermenting bacteria are commonly found in milk and are likely to occupy the breast ducts of women during lactation and for an unknown period after lactation.”

Understanding Urinary Tract Infections In Children And How Delayed Circumcision Could Be A Risk Factor | Paediatrician, Dr. Oluwole Ayodele

There are approximately 10 billion bacterial cells in the human body and while most are harmless, some bacteria create toxins that trigger inflammation in the body.

Chronic inflammation destroys the harmful germs but it also damages the body. One of the most common inflammatory conditions is gum disease or periodontitis which has already been linked to oral, oesophageal, colonic, pancreatic, prostatic and breast cancer.

The researchers conclude that:

“The stem cells which divide to replenish the lining of the breast ducts are influenced by the microflora, and certain components of the microflora have been shown in other organs, such as the colon and stomach, to increase the risk of cancer development.

“Therefore a similar scenario is likely to be occurring in the breast, whereby resident microflora impact on stem cell division and influence cancer risk.”