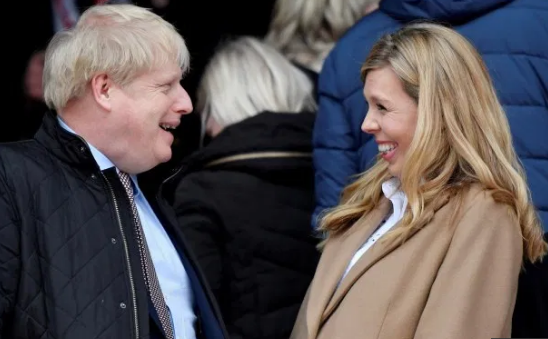 Blessing Dike, The Lone Survivor In An Accident Shares Her Testimony As She Exceeds Doctors’ Expectations

Boris Johnson’s fiancee, Carrie Symonds, has given birth to a baby boy. A spokesperson for the Prime Minister and his partner said both mum and baby are “doing very well” after the birth in a London hospital on Wednesday morning.

The Prime Minister and Ms Symonds are thrilled to announce the birth of a healthy baby boy at a London hospital earlier this morning.

Both mother and baby are doing very well.The PM and Ms Symonds would like to thank the fantastic NHS maternity team.

This comes just days after Boris Johnson returned to work after weeks spent in a hospital recovering from Covid-19.

The Prime Minister had been in intensive care for weeks, where he received oxygen treatment. Carrie Symonds was also in bed for a week with the virus and had isolated from her partner in the last week of March.

Boris Johnson and Carrie Symonds have been dating since he split from his wife Marina back in 2018. They got engaged earlier this year and announced in February 2020 that they were expecting a baby.

The child, welcomed today, is thought to be Boris Johnson’s 6th child. He has four kids from his marriage to high-flying barrister Marina Wheeler. They are Lara Lettice, Cassia Peaches, Milo Arthur, Theodore Apollo.