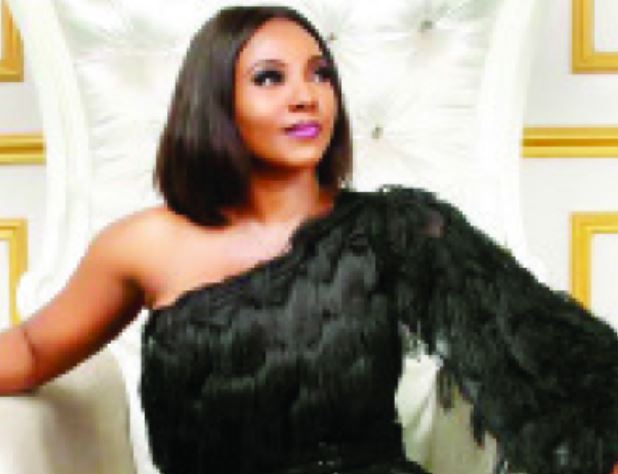 While the Creative Director of Okiki Luxury Brands was waiting for the morning of her joy to break, Mrs. Marinho turned the pain and night of weeping into creativity, and in the process began to produce premium, exclusive, quality handbags, which have stood her out till date.

According to her story, Okikiola, a fertility advocate survived ectopic pregnancies and experienced initial failures in the quest for IVF conception. In the face of the trauma, she remained strong and focused on the unfailing faithfulness of God, (who the Bible says makes all things beautiful in His time – Eccl 11:3) and began to create luxury fashion items to drown and soothe her pain.

In this interview with Daily Sun, the mumpreneur who got married in 2010 and had her children, twins years later shares her inspiring fertility journey.

What did you study, how did you become an entrepreneur?

I studied Economics with Business and East-European Studies at University College London (UCL). Then I added a Master’s degree at Warrick Business School. Everything in that era was done abroad. My first job was with UBS Investment Banking and from there I moved to JP Morgan for five years before I finally relocated to Nigeria in 2010.

When I came back, I worked with Pan Ocean Oil and Gas for two years. While there, I was already developing an interest in clothes and bags. I felt there was still space where we could come in and offer our services. When I close from work, I would go meet my tailors and try out a few things.

So then did that lead to the birth of Okiki Marinho Luxury Bags?

It was in 2012; I had by then been married for two years with no child yet. Rather I was facing serious fertility issues. My husband and I were travelling for a holiday and I remember telling him that I was dreaming that by now we would have children to travel with for beautiful holidays as a family. Prior to the trip, I told myself that since I could not afford any of the beautiful leathers that I love abroad, I went to the Lekki market and saw a leather craftsman.

I sketched the drawing of a bag I wanted. He made it as I imagined it, a very clean one-handle bag, but I added some appliques to enrich it. On that trip, I had two other bags all made for my personal use. Some people saw it and asked if I had them in other colors for sale and my answer was a big ‘Yes’.

When I got back to Nigeria, I went to the craftsman again and we went together in search of leather suppliers. That was my first ever attempt of coming up with a bag concept. It was well-received immediately and I started designing other shapes of handbags. My first ever client was a woman of substance in society. She saw my bags at a corner piece where another designer offered me a small space to display a few bags.

I was not even in attendance at the fashion show rather my salesgirl was at the event. The woman saw my bag and liked it. She got in touch with me and ordered six more bags. She did not know that I was barely six months in bag-making and was going through my fertility challenge. In fact, making bags just fell on my laps. It was a big deal for me. Then, I decided to introduce a high-end clothing line under the ‘Okiki Marinho Brands’ to have connectivity with the bags.

Why is the ‘Talking Drum’ your most talked about bag?

My talking drum collection is my most iconic brand. It came during the most depressing time of my life. When the news came from doctors that I would be unable to have children naturally, because I had lost my two fallopian tubes as a result of complications that arose from ectopic pregnancies, coupled with the initial failure of assisted conception (IVF), I was not in a good space at all.

I started creating more designs. I took my fertility pain into creativity instead of crying out to the world. The talking drum was actually birthed from the fact that in Nigeria people were not speaking on fertility-related issues and I felt very alone.

I did not know who to talk to; it felt like people were talking behind and not straight to me. That earned the name ‘Talking Drum’. I wanted to create something that would make people talk. So when people asked me how I came about the name, I said to them ‘I wanted my people to talk’.

So did it talk?

It talked and is still talking. It is the most talked about bag. The older styles of the bag are still being bought by people. Every bag I made has its owner who will prefer and buy it as shapes vary but there is something for everybody.

Tell us a bit about your fertility journey.

Around the time I made the talking drum was made, I took part in an African fashion event and we were being interviewed by different online fashion TV stations. One of the journalists was heavily pregnant. During a personal conversation between us, she asked, ‘Do you have children?’ and I said no.

She was very surprised and started crying and said that the way I talked about pregnancy and showed support and care for her, someone would have thought that I already had children. I told her that pregnancy is our problem.

I said that it is a big deal and wonder why we don’t discuss pregnancy-related issues? By the time we had that discussion, I did not know whether I would have my children through IVF, surrogacy or adoption. The moment I knew my fertility status, I knew there were other options and as a couple, we set out a timeline of other options and our last IVF worked. God gave us a set of twins.

Fertility journey is painful but not having a plan is more painful. Children are gifts from God but God did not personally tell us the way He would give them to us.

How did you feel when the babies were dropped in your arms after delivery?

I also remember promising God that when the children come, I would share the story of the victory with my mouth. I did it as a reminder for other women that the God who blessed me would also remember them. When I was going through the journey, it felt endless.

We got married in 2010 and the children were born in 2016. It felt longer than six years because of the intensity of what was going on with me. I had ectopic pregnancies and failed IVFs which could kill. Each time during those ectopic pregnancies, they were terminated to save my life. It was a very trying time.

How has the journey into luxury brands been?

Officially this is our seventh year. I actually started with the clothing line called ‘Mabel Designs’ in 2010 but didn’t do much on social media. In 2012, I introduced the leather handbag line. The advent of Instagram has really changed a lot for us business-wise. Now, we have two luxury babies ‘Okiki Marinho Luxury’ for the bags and ‘Mabel Designs’ for the clothes. The way I market the two babies are different.

The bags have higher value more than the clothes because bags are like works of art not meant for everybody, but for people who understand what luxury means and stands for. We were never set out to do mass production bags because of the technicalities involved.

Most of our bags stand out because of the attention we pay to details, our sewn lines are not seen, and that is the first attraction and appeal. In fact people wonder at magic because it is really appealing and well received. While serving the African market, I am also focusing on international presence by identifying with some influencers. We leverage on such collaborations because it goes a long way.

How did recession affect the sales of your luxury brands?

There were a lot of adjustments. At a time I was considering making the bags abroad. I have already gone to Turkey, but the exchange rate happened and when I got pregnant and childbirth happened, I was out of circulation and had to get back slowly. I started again in 2017 and at the point where we are now, I have learnt a lot about business technique.

What about production challenges?

Funny enough, I am told that many people had no idea that I was going through fertility challenges. Some thought it was a personal choice between my husband and I because of the way we go about our everyday life. Even the workers did not know I was going through challenges. I never took it out on anybody and that is what I advocate for women as well. If I bring negative vibe, it will not give us good production. Therefore I separated my fertility challenge from the work and here we are today.