A Chinese man who was kidnapped 32 years ago when he was a toddler, reunited with his parents on Monday, May 18, thanks to facial recognition technology. Mao Yin was a toddler when he was abducted from a hotel and sold to a childless couple.

He was just 2 when he was abducted on the way home from nursery school after his father briefly looked away while getting him some water in a hotel in the Chinese city of Xi’an, according to Chinese state-broadcaster CCTV. He was then sold to a childless couple in a neighboring province.

After the boy was taken, the parents dedicated their lives to finding him, with his biological mother lquitting her job to search for him full time. She posted more than 100,000 flyers around 10 provinces and became a frequent guest on television shows — including “The X-Factor” — asking for help in finding Mao.

Mao had seen his biological mother on the television shows, but had no idea he was the one being searched for by the family for over 3 decades.

In late April, Xi’an police received a tip about a man who had bought a baby in the 1980s, according to news agency Xinhua. Investigators used facial recognition technology to analyze an old photo of Mao as a boy and came up with a simulated image of what he might look like today.

They compared the photo to the ones in a national database and were able to track down a man living in the city of Mianyang and going by the name of Gu Ningning. A DNA test proved Gu was actually Mao who had been kidnapped all those years ago. 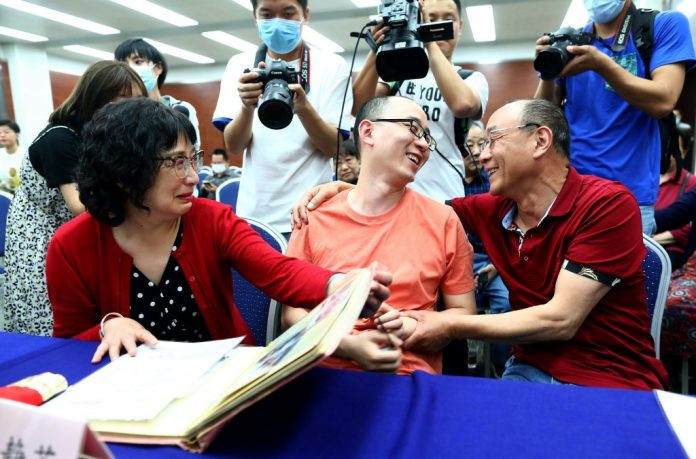 Police later said a childless couple had paid the equivalent of $840 in today’s money for Mao at the time of his kidnapping. Jingzhi was told authorities had tracked down her long-lost son on Mother’s Day.

“This is the best gift I have ever got,”

she said, according to BBC.

On Monday, the family broke down in tears embracing each other after finally being brought together at a news conference held by the Xi’an police. 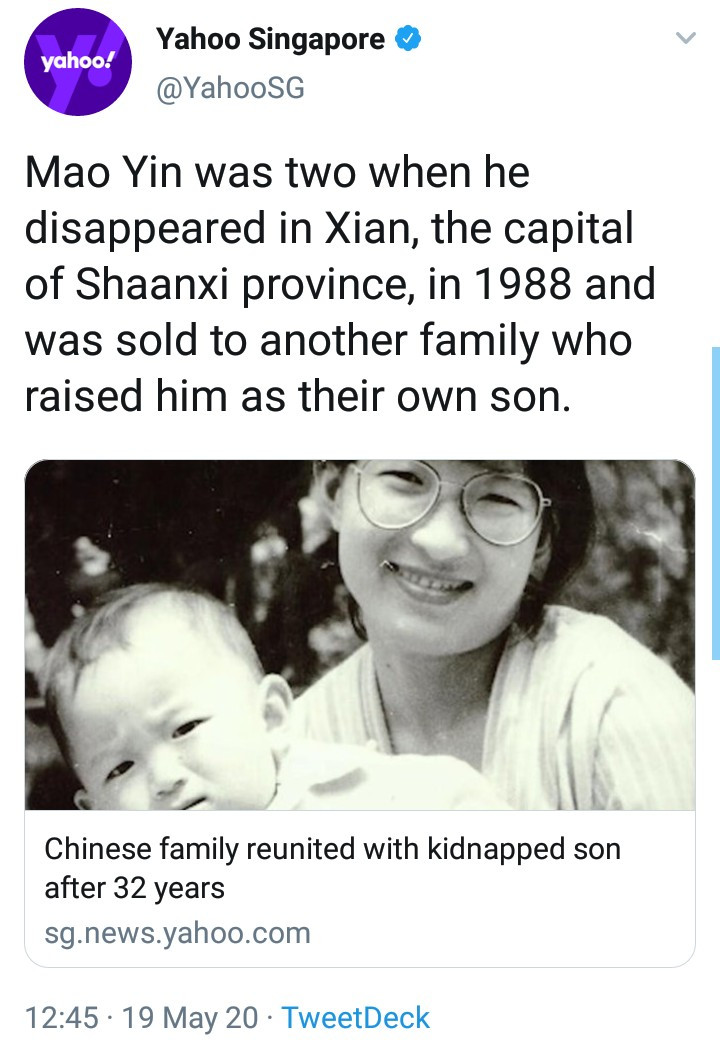 Mao, who now runs a home decoration business in Sichuan, said he will move to Xi’an to live with his biological parents, according to CCTV.

As an investigation into the October 17, 1988 disappearance is ongoing, police have yet to provide any more details on the couple who paid for Mao.

Below is the emotional video of Mao reuniting with his parents: