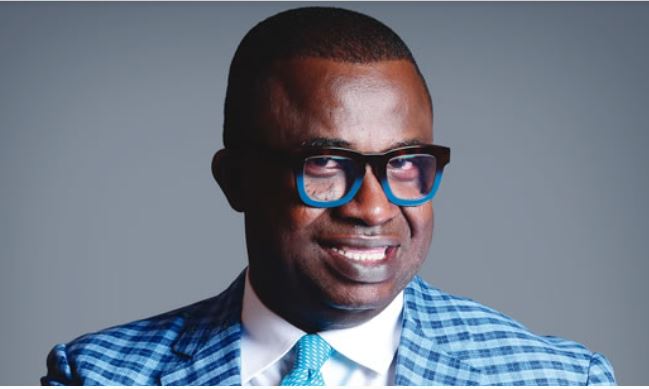 Fertility specialist, Dr. Abayomi Ajayi of Nordica Fertility Centre, Lagos, has shared some vital things women need to know about getting pregnant before, during and after menopause.

Every normal pregnancy is a small miracle. Most women get pregnant and have babies in their reproductive years which can span teenage till the late 30s and early 40s, but the fact is that the number of women having babies in their late 40s, 50s and beyond is increasing.

Usually, getting pregnant without ovaries, fallopian tubes or a uterus requires a medical procedure.

When you have all of your reproductive organs and you get pregnant, it’s because an egg drops from your ovaries and is transferred into the fallopian tubes.

Once inside, the sperm meets the egg in the tubes and fertilise it into a zygote. From there, the zygote enters the uterus through the tubes and grows into an embryo.

If you don’t have ovaries, fallopian tubes or a uterus — which usually happens because of a complication that required any of the organs to be removed — you typically would require In-vitro fertilisation (IVF) to become pregnant, since the process can avoid the ovaries, tubes, and uterus altogether.

Until you have reached what is known as the postmenopausal stage, it is still possible to get pregnant.

The word ‘menopause’ is often used to describe the time of life following your first symptoms signaling the end of your reproductive years. But there’s really more to it than that.

Menopause doesn’t happen overnight. This is what happens. As a normal woman, you produce a lot of hormones. During your reproductive years, you produce specialised hormones – estrogen, progesterone, luteinising hormone, and follicle-stimulating hormone.

In the middle of your monthly cycle, luteinising hormone, and follicle-stimulating hormone and estrogen work together, prompting your ovaries to release a mature egg during ovulation.

Ovulation can’t occur unless your hormone levels are within the optimal range. If the egg is fertilised, luteinising hormone stimulates progesterone production to maintain the pregnancy.

Many women tend to assume they have entered into menopause when they first have symptoms. However, there are two distinct stages of the process.

The first is perimenopause, which is also referred to as menopause transition. Perimenopause is a time of transition or the ‘change of life.’ It is the time before menopause where your body begins to make changes in preparation for menopause.

As your hormone levels fluctuate, you may start noticing symptoms such as hot flashes and night sweats. Your periods are getting irregular in length and frequency. Your ovaries may release an egg some months, but not others.

Although your fertility is declining, you can still conceive. If you don’t want to get pregnant, you need to use birth control throughout perimenopause. This phase can last for several years.

As time goes by, the number of eggs that you have reduces and those left continue to age.

Older eggs have an increased likelihood of chromosomal abnormalities. This means that, as you age as a woman, your chances of getting pregnant also decrease.

If it’s been an entire year since your last period, you may have reached menopause. For most women, this occurs somewhere between the ages of 40 and 55. It could be earlier or later in some cases.

Looking out for signs of ovulation, such as breast tenderness, white vaginal discharge, or by using ovulation test strips can help you predict when you are ovulating. Then, you can either act to prevent it or to increase the likelihood of pregnancy occurring, depending on what you want.

There are many reasons why you may wish to get pregnant during perimenopause. You might have had difficulty conceiving before, it could be lifestyle factors such as your career or finances, or not having felt confident or ready to take care of a child earlier.

Next is the post menopause, which is assumed to have usually occurred when you have not had a period for 12 months.

The time that women reach menopause can vary widely. Once menopause occurs, your hormonal balance changes permanently. At this stage, ovulation will no longer take place; you are unable to conceive naturally.

As you enter the menopausal stage of your life, you might be wondering if you can still get pregnant. It’s a good question since the answer will affect family planning and birth control decisions.

It’s important to understand this transitional time of life. Even if you’re having hot flashes and irregular periods, it doesn’t mean you can’t get pregnant. It only means that you’re probably a lot less fertile than you once were, though. Note that you haven’t officially reached menopause until you’ve gone a whole year without a period.

Once you’re postmenopausal, your hormone levels will never again be in a suitable range for ovulation and pregnancy. Birth control is no longer necessary.

IVF after menopause has been successfully demonstrated. Postmenopausal eggs are no longer viable, but you can still take advantage of IVF. You can use eggs you had frozen earlier in life, or you can use fresh or frozen donor eggs.

Menopause cannot be reversed, although researchers are working on it. Depending on your overall state of health, IVF after menopause may be an option for you. It’s worth consulting with a fertility expert who has worked with postmenopausal women.

It is necessary to note that health risks in pregnancy increase with age. After age 35 to 40, the risks of certain problems rise in comparison to younger women.

The older you are, the more likely it is that you have a preexisting health condition that could complicate pregnancy and delivery.

After menopause, you may be able to carry a baby to term through hormone therapies and IVF. But it’s not simple, nor is it risk-free. If you’re considering IVF, you’ll need expert fertility counselling and careful medical monitoring.