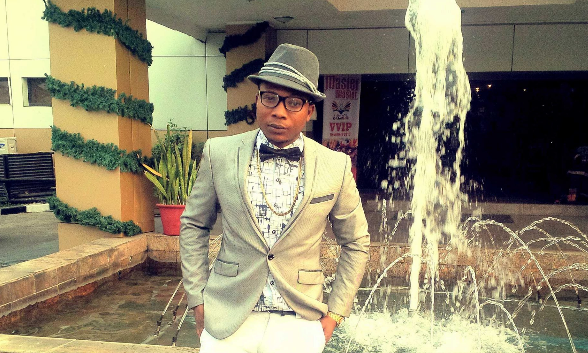 A Nigerian man who joined the rape conversation triggered by the deaths Tina Ezekwe and Vera Omozuwa, ignited an outcry after sharing graphic details of how he raped two women.

According to Ogimex Aka Obonblingz, he used to rape women who refuse to have sex with him when he was much younger. He said he can candidly recall two instances where his victims gave him a tough time.

READ ALSO: Singer Djinee Explains How Fault-Lines In The Parenting Of Boys In Nigeria Is Fostering Rape Culture

According to Ogimex, he had two unsuccessful attempts at raping women. One time, the woman was much more stronger than he was- perhaps because she was older than him. The second time at the verge of succeeding in his attempt, his victim began to lay bitter curses on  him. Ogimex shared in the Facebook post that he stopped raping after that experience and he as well made his victim rescind her curses against him.

He admonished his fellow men to not rape but rather beg women for sex as if they are arrested for rape, it would hurt their mothers.

lol when I was much younger i used to rape any lady that refuses me sex not until i jam lady gaga omor she strong die and almost cut my sick with her teeth… I tried to penetrate for were she was too powerful even though she was much older than I..

My second encounter of rape again that I can recalled was with a lady I am stronger than omor I was at the age of succeeding before she started laying curses at me paaaan gaaan my head reset and I stop and begged her to cancelled a curses of which she did.. Since that day i can’t think of rape again

instead of raping why not beg her she might give you.. pls shun rape e no good ya mama no go like hear ham if police show 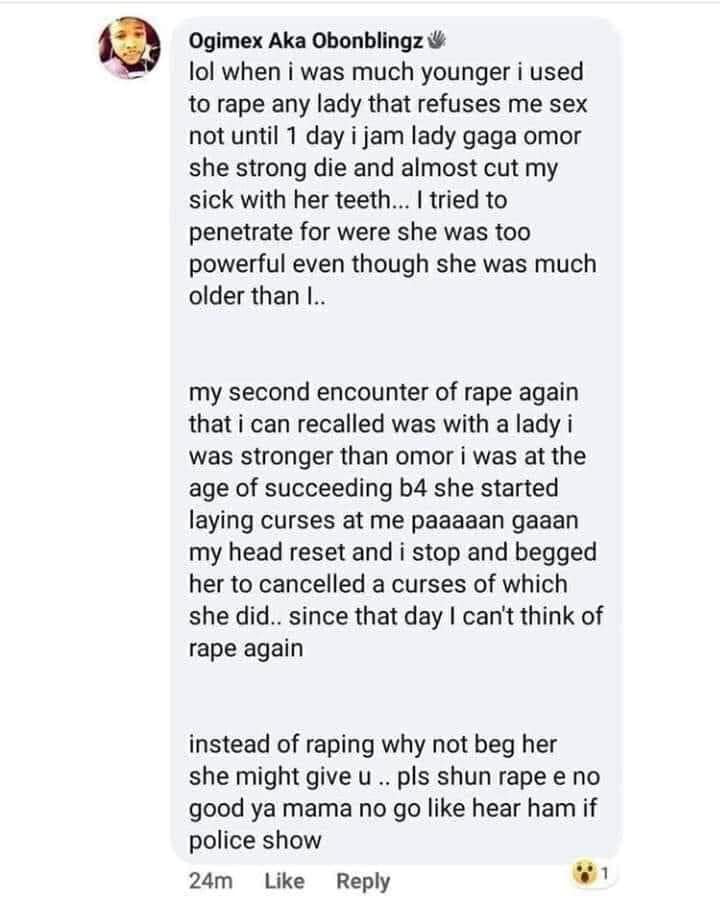