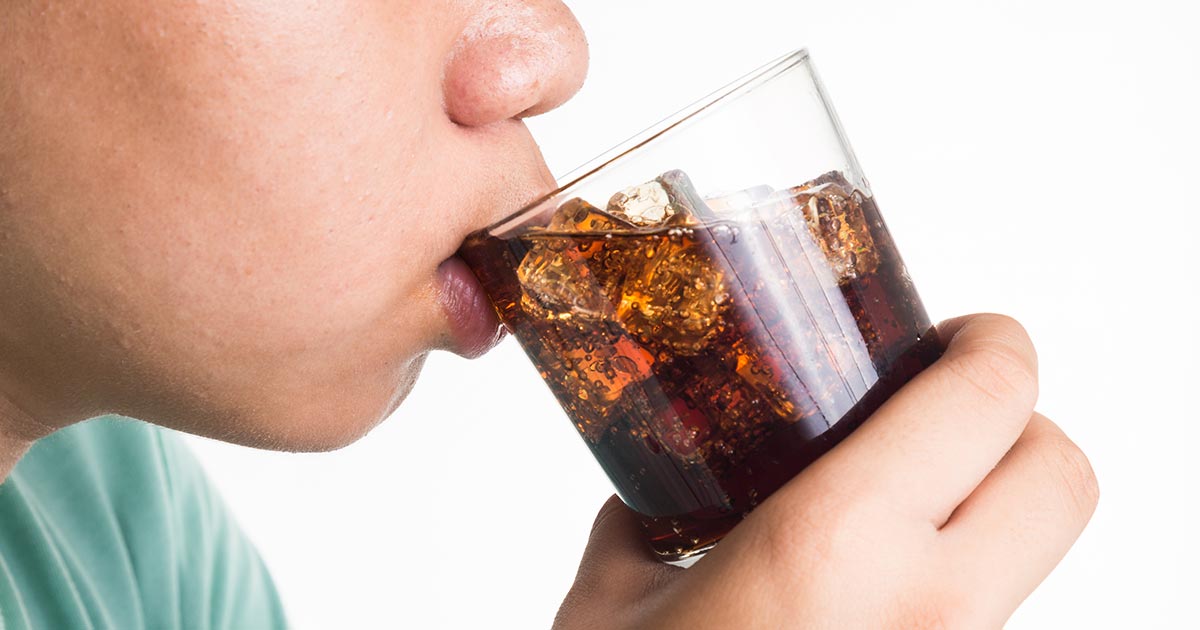 Soda is one of society’s favorite beverages. At most Nigerian parties, the go to drink is usually soda or ‘mineral’.

Though it is popular with men, women, and children, many experts believe drinking soda may have serious health consequences.

According to the CEO of Your Nutrition Delivery Erik Frank,

“One soda every once in a while won’t kill you, but a significant daily intake will lead to health issues. Like cigarettes, soda should come with a warning from the surgeon general. Why else would the City of New York try to limit its availability?”

Soda is the most common class of drink but most people don’t realize just how terrible it is for you.

Below are five reasons why you need to get rid of soda from your diet:

It makes you crave fatty foods:

Not only is soda filled with calories, but it makes you want even more calories, according to chief clinical dietician at Cassena Care Felice Kosakavich.

This is because your body thinks it needs more energy after blood sugar spikes. It makes you “feel tired, sluggish and usually hungry,” according to registered dietician and nutritionist Kimberly Tessmer.

“In fact studies have found that people tend to eat more on days that they drink more soda.”

Soda can cause belly fat:

If you start to feel rounded in your tummy region, a certified nutritionist and fitness trainer, Franci Cohen, explained.

“The high sugar content of soda has been conclusively linked to an increase in abdominal fat-which is dangerous, as this is where many vital organs are.”

Soda has way too much sugar:

Obviously, soda has sugar. But that’s not the issue, “The issue with soda is not that it has sugar,” according to renowned health and nutrition expert Jacob Teitelbaum.

“Rather, it is with how much sugar—an astounding three quarters of a teaspoon per ounce.”

It may mean diabetes:

Fatigue is pretty bad but still not the worst. “Over time, this push and pull on the pancreas to produce more insulin and the cells to accept more sugar results in depleted insulin and insulin resistance of the cells—diabetes,” says Dean.

The more soda you take, the less you hydrate your body:

This is super vital: any time you’re drinking soda, you’re rejecting water. “Sodas do nothing but fill your body with empty calories and sugar,” according to trainer and YouTube celebrity Mike Chang.

“If you are drinking sodas, you are depriving your body of good clean water and increasing the demand on the pancreas, as it produces the insulin-producing cells with a greater challenge.”

Tired of water? “My favorite substitute for soda is some flavored sparkling water (try lemon or lime) with a splash of cranberry and a twist of citrus,” says fitness expert Jennifer Galardi.

Whenever you want to take that second bottle or can of soda in a week, remember these health hazards and try to cut off more intake of soda. Let us know any other harmful effects and ways they can be corrected.

Soda can cause tooth decay

Drinking soda has been shown to contribute to tooth decay. Spokesmen for the soda industry have conceded this point. Interestingly, in recent years, levels of tooth decay in the United States and similarly developed countries have decreased. This is in spite of the fact that more people are drinking soda than ever before. At the same time, levels of obesity have risen.