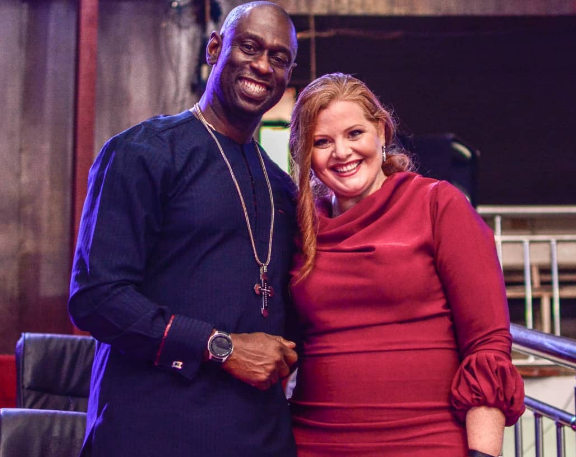 48-year-old mum-of-two, Jada Pinkett-Smith, admitted last week she had an “entanglement” with August Alsina, 27, while she was separated form husband, Will Smith.

Like many others, Pastor Laurie found the revelation distasteful, taking to her Instagram to state that marriage is not a place to have “entanglements” with others.

READ ALSO: Celebrity Mum, Jada Pinkett-Smith Says Being In Lockdown With Her Husband, Will, Has Revealed To Her She Doesn’t Know Him At All

Laurie who is married to Pastor Feb Idahosa, said marriage means being entangled to one person, warning that people should not allow themselves be influenced by pop culture, something the clergywoman says would be self-destructive.

“Marriage is not meant to be the place for “entanglements.”

43 Years In Marriage And Counting: The Ejiofors Share Lessons Couples Can Learn From Their Journey And Challenges

“You are meant to be tangled in a one flesh, one love, one lover kind of commitment. Any questions, read your Word.

Don’t let pop culture creep in and give you any stupid and self-destructive ideas,

unless of course you want to visit divorce court in your near future.”