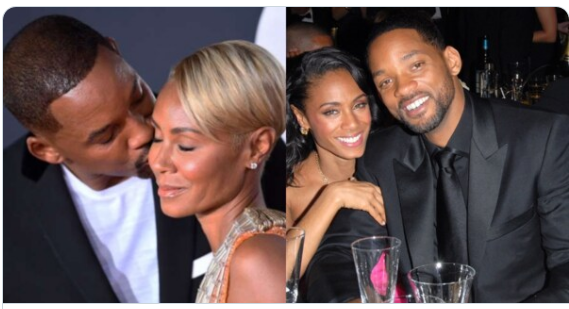 Actor, Akah Nnani Shares Inspirational Message With Men On Playing Their Part In Keeping Their Homes

It is almost unfathomable to think that a picture-perfect couple as Jada Pinkett Smith and husband, Will Smith may have the typical struggles that other marriages have in their own marriage as well. Celebrity mum, Jada Pinkett Smith said she feels like she ‘doesn’t know husband Will at all‘ as they remain in lock down together. The mum-of-two sat down with her mother, Adrienne Banfield-Jones, and her daughter, Willow, along with a pastor and a marriage counselor to talk about relationship woes amid the COVID-19 pandemic.

On Wednesday’s episode of Red Table Talk, the Smith ladies approached the subject of how being in quarantine for so long has made some relationships stronger or weaker.

Jada used her own relationship with famed actor, Will Smith, as an example. She told her mother and daughter:

“I got to be honest. I think one of the things that I’ve realized is that I don’t know Will at all.”

When questioned further, she added:

I feel like there’s a layer that you get to, life gets busy and you create these stories in your head and then you hold onto these stories and that is your idea of your partner, that’s not who your partner is.

READ ALSO: PM, Boris Johnson Opens Up On Clinging To Dear Life As He Battled COVID-19 Out Of Fear That He Might Not See His Newborn

Jada further explained that she’s had to basically destroy everything she thought she knew about her husband and has started to get to know him all over again.

Will has also been doing the same with her.

This is intimacy. Just being able to get to who our loved ones are beyond that which we have perceived.”

The thing that Will and I are learning to do is be friends. You get into all these ideas of what intimate Coronavirusrelationships are supposed to look like, what marriages are supposed to be.

Despite looking like a strong couple, she said that they grew comfortable with each other, which added some distance in their relationship.

Let me tell you, that’s been something to be married to somebody 20-some odd years and realize I don’t know you and you don’t know me

and also realizing there’s an aspect of yourself you don’t know either.

This isn’t the first time that Jada or Will have opened up about their marital woes. In another episode of her Facebook Watch show, she revealed that there have been betrayals of the heart between the two but that she chose to stay.

READ ALSO: Mum-Of-Two, Jada Pinkett Smith Reveals That Her Picture Perfect Marriage Had Betrayals Of The Heart Bigger Than Infidelity

She told a therapist:

I’m asked a lot about, ‘Is there infidelity in your relationship with Will?’

And it’s like, ‘No, but there’ve been other betrayals of the heart that have been far bigger than I could even think in regards to an infidelity situation.

She also revealed that they had to take some time apart, find love for themselves and then get back together to work on their marriage.

Will also commented about this specific moment in their marriage and said:

I was devastated even worse than a divorce. We broke up within our marriage and got back together again.

We had to rebuild with new rules and something way, completely different.