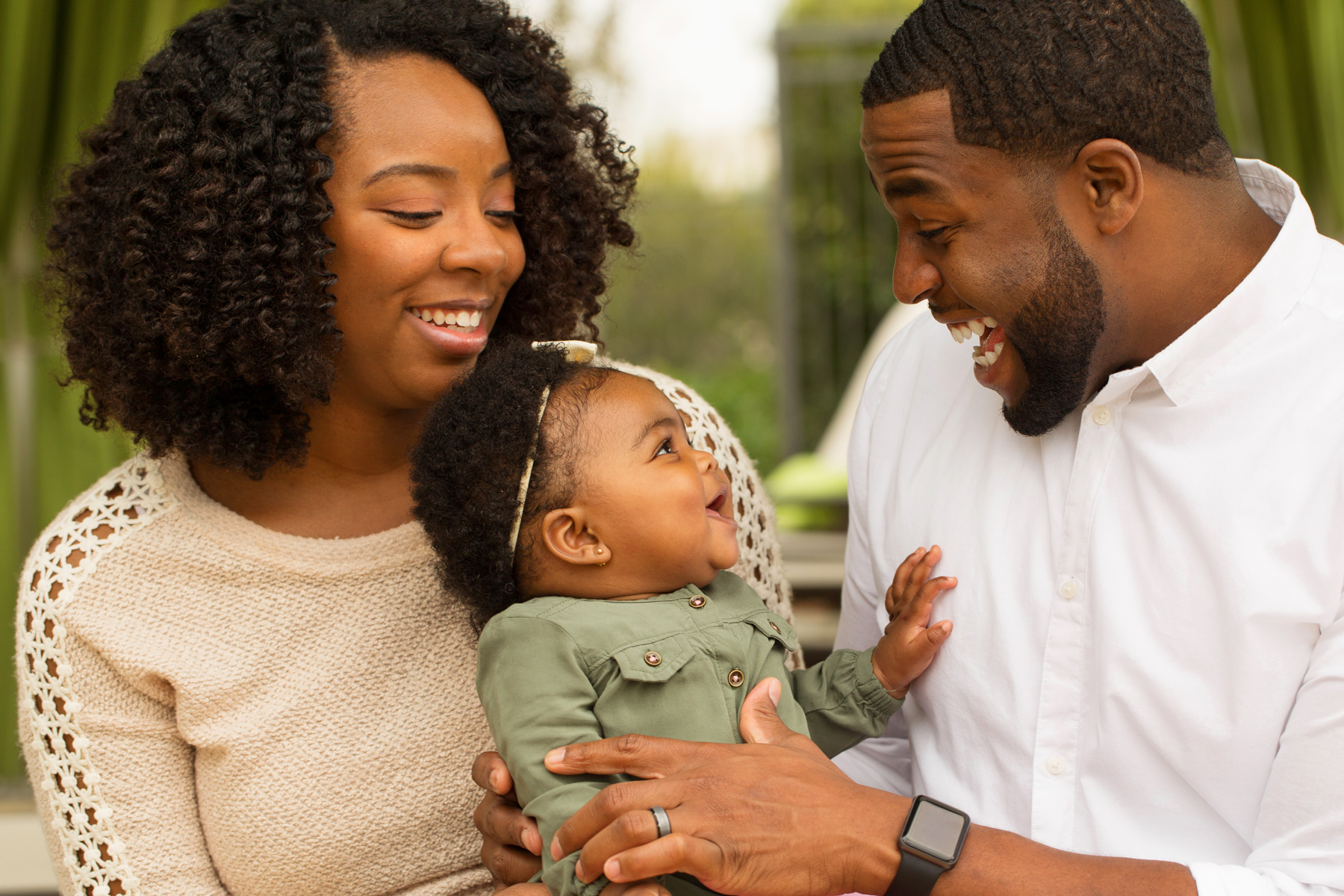 I have received quite a number of baby advice in my few months as a first-time mom, some of which can be considered outdated.

To be honest, I really don’t mind getting advice a lot of the time. Of course, unsolicited opinions can be annoying, but veteran parents have a lot of wisdom to share. I’m happy to learn from other people’s mistakes rather than making my own sometimes.

But a lot of the stuff people spout off is anything but good baby advice. Most of the time, I just say thanks and ignore it, but sometimes I’ll hear a tidbit of baby advice that is so outdated that I wonder how anyone can possibly still be sharing it twenty entire years into this new millennium. I know I’m not alone in this.

ScaryMommy.com asked hundreds of parents to share the most dangerous, annoying, inaccurate or outlandish piece of baby advice anyone has given them. The results did not disappoint!

These “Big Three Bits of Bad Baby Advice” took the top spots by a landslide.

1. Being cold makes a baby sick.

If you haven’t heard this, are you even a parent? Old school grandmas want babies in a hat, socks, mittens, onesie, sleeper, and blanket even in the middle of summer. The truth? Newborns might need some help regulating body temperature, but that means making sure they don’t get too warm, too, Grandma.

2. Holding a baby too much will spoil them.

So. Many. People. think tiny babies are capable of emotionally manipulating adults with their need for affection. Lots of us have heard that crying makes a baby’s lungs stronger, picking up a baby when it cries will spoil them, and crying it out is the only way to get a baby to sleep. None of that is true. Like at all.

3. Sleep when the baby sleeps.

Shannon H. shares, “The whole ‘sleep when the baby sleeps’ saying would fill me with rage whenever someone would say it. My son was practically allergic to sleep for the first year of his life. I was So. Tired.”

Of course, if you can catch some ZZZs while your baby sleeps, have at it. It’s just that many of us have a lot of other things to do. A messy house piques my anxiety. I work from home. I have two other kids. How, exactly, am I supposed to sleep on an infant’s schedule? It’s such a “let them eat cake” piece of” advice!”

SEE ALSO: Study: Not All Moms Are Following Safe Sleep Practices For Their Babies | Find Out The Recommended Safe Sleep For Your Baby

Plenty of have been told to do this, but Danielle T.’s old school relative took it a step further. “They said to cut the end of the nipple off so the cereal could pass through to my one-month-old!”

I am choking just thinking about trying to drink oatmeal, but sure. Let’s try that with a brand-new baby.

Breastfeeding after a few months old is controversial among the old-school crowd. Maelys G.’s aunt told her that breastfeeding was no longer beneficial once a baby has teeth, and Briana J.’s relative said nursing past a year was child abuse! What the hell?!

Annette R.’s distant relative swears by straight-up goat’s milk in place of formula or breastmilk as a colic remedy because “it worked for her babies” who are currently in their forties. No word on whether you need to milk the actual goat, or if store-bought is fine.

“Someone told me to give a baby a bottle of Kool-Aid to help with colic. Full sugar Kool-Aid,” says Amanda E. I heard this same thing about cherry Jell-O. I think I’ll skip this one forever. Spit-up sucks enough without red dye in it.

SEE ALSO: It’s RSV Season! Mom Raises Awareness On The Dangers Of Kissing Babies After She Almost Lost Her Infant To The Virus

7. The formula is a waste of money.

So, they don’t want us to breastfeed once our baby cuts a tooth, and apparently formula is also not the right choice? Mishelle T.’s grandmother tried to convince her to “save money by using a homemade concoction of powdered milk and corn syrup instead of baby formula!” We…aren’t doing that anymore, Nana, but thanks.

8. Give teething baby honey for pain.

Mary G’s stepmother-in-law told her to “coat her three-month-old daughter’s fist in honey to stop her teething pain!” So much nope.

This is dangerous. Even a taste of honey is not safe for children under a year old. It can cause botulism. Three-month-old children don’t need to consume anything but formula or breastmilk. If your baby is in pain with teething, try a vibrating teether or a chilled washcloth, but leave the honey for much later.

The best responses BY FAR are the old wives’ tales and whack-a-doodle superstitions.

9. Tickling a child’s feet will cause a stutter?!

Amie C., Robin D., and Amanda P. all reported being told this bonkers notion that tickling a child, especially on the feet, will cause them to stutter! I literally cannot figure out how anyone made the leap from tickling a chubby little piggy toe to developing a whole entire speech fluency disorder, but this one is not true, in case there was any question.

10. Cats will stand on your baby’s chest and steal their breath.

Katie G. reminded me that when my brother was born, someone tried to convince my mom that our cats could literally steal a baby’s breath. I’m not talking accidental suffocation from being too snuggly.

I mean full-on, intentional theft. While it’s never a good idea to leave a baby alone with any animal, the idea of your sweet kitty sucking the life force out of your child like a Sanderson sister on All Hallows’ Eve is patently absurd. This is not Hocus Pocus.

11. Flip a baby upside down if they have a “backward” sleep schedule.

Jenn W.’s grandmother swears that one of her babies “had his days and nights mixed up,” so she flipped him upside down, and magically he started sleeping at night and staying awake during the day.” He is 56 years old, and she is sticking to her story. Um, what?

ALSO SEE: Should You Always Intervene When Your Baby Cries | Are There Adverse Effects If You Don’t?

12. Put a MOLE’S FREAKING FOOT in your baby’s pocket for teething pain.

“My husband’s grandmother suggested that we put a mole’s foot in our baby’s pocket when they were teething. We used to joke about it. So many questions. Is there a certain foot that works best? Are there a ton of three-footed moles running around?” reports Donna M.

Robin D.’s mother-in-law told her that her baby would be born with a birthmark because she was frightened really badly by a snake during pregnancy. This reminded me that I used to have a friend who believed the same thing!

According to my super scientific google search, this kind of superstition surrounding birthmarks is pretty common and presents in different ways all around the world. Lots of people think birthmarks are the result of a trauma during pregnancy. I had no idea.

Some baby advice is just weird for no reason, like these two doozies.

Jen F. says, “My mother-in-law insisted we needed to force my toddler to write with his right hand when it became apparent that he was left dominant.” This used to be a thing, but we now know that it’s stupid and harmful, so let your kid use their naturally dominant hand, for the love.

Because of some weird baby advice, Jean S. believed that outie belly buttons are created when a doctor cuts the umbilical cord incorrectly. “You should have seen my OB’s face when I asked if he cut an innie or an outie.”

And some outdated baby advice is downright dangerous!

16. Liquor your baby up for teething pain or sleep problems.

Marina L.’s relatives went one step further than the old “put whisky on the gums for teething” trick. They actually suggested that she “put a tablespoon of rum in a bottle of water for a colicky baby.”

No. All the no. Every single bit of no. You should not give a baby any amount of alcohol. There is no safe way to have a casual cocktail with your infant. No, No, No, No. NO.

Beth W.’s personal favorite? “We didn’t put YOU in a car seat and YOU survived.” Gee, thanks, Carole, but plenty of kids didn’t survive, and that is why we have safe, effective car seats now.

Parents suffered unspeakable losses and children tragically died before we had child safety seats, so how about you stop yapping about the good old days every time I buckle my kids into the car?

18. If your baby hits, scratches, bites or pinches, hurt them back to “teach them a lesson.”

Wyntre T. reminded me about this little pearl of misguided wisdom, and it’s just not good. I remember someone telling me this when my first baby bit me while he was teething.

This should go without saying, but, like, don’t pinch, hit or bite your baby. Don’t bite any baby. Keep your chompers to yourself. Biting kids is mean and abusive.

19. Put your baby on their belly to sleep.

This advice is old and unsafe. It’s another situation where plenty of us survived, but people seem to forget the many that did not. We know better now, so we changed the rules. You should always follow the ABC’s of safe sleep: Alone. On their Back. In a Crib or bassinet.

20. Rubbing alcohol on the skin can cool a fever.

When Maria G. reminded me about this, I immediately flashed back to one time in my own early childhood when I was made to sit in a basin while someone poured bottles of rubbing alcohol on me to cool a fever. It was miserable, and as it turns out, dangerous.

It can actually make a fever worse, and a baby’s skin can absorb the alcohol or they can inhale the vapors. Try a tepid water bath, and skip the rubbing alcohol.

Being a parent is a wild ride, and everyone has an opinion about how you should be doing this thing. Listen to the good stuff, throw out the bad, and cringe and laugh at the really ridiculous, outdated baby advice. You’re doing great.