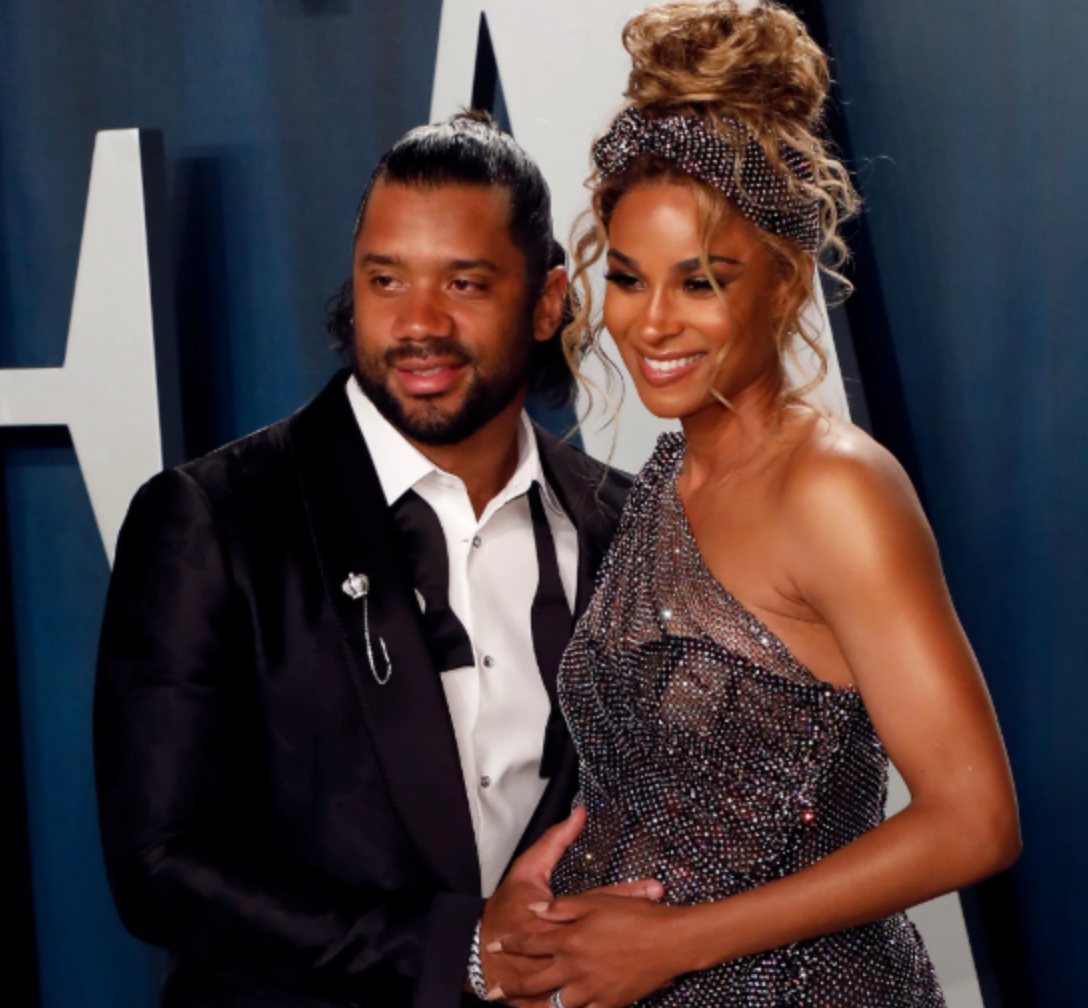 American quarterback champion and dad, Russell Wilson has detailed how his wife, Ciara, almost broke his “throwing” hand as she went into labour ready to birth their first child three years ago. The 31-year-old touched on this topic during Monday’s episode of Jimmy Kimmel Live!. He was asked if he will be in the delivery room with 34-year-old singer Ciara when she goes in to have their second child amid the coronavirus pandemic and he replied:

“Obviously, COVID’s been such a crazy thing right now with the pandemic and everything else.”

The Seattle Seahawks star then said he thinks the Grammy winner “needs” him in the hospital room and looked back at the birth of their 3-year-old daughter Sienna Princess Wilson.

“Last time, she grabbed my hand. She almost broke my hand.”

So, she grabbed my left. So, hopefully, she’ll know this time.”

“I’m trying to get as much relaxing time because I know I’m going to have to be doing baby duties here soon while trying to play football. So, it’s going to be an interesting balance.”