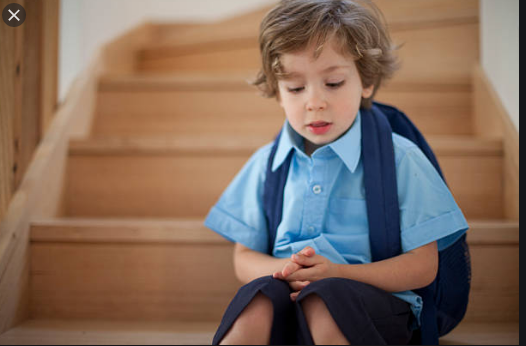 Kids who miss a lot of school from kindergarten to eighth grade may suffer surprising/unexpected costs as young adults, a new study finds. Researchers found that those who were more regularly absent in these early years of school were less likely to be part of decision making processes, reported having greater economic difficulties and had poorer educational outcomes when they were 22 to 23 years old.

The results suggest early school absenteeism should be taken more seriously, said Arya Ansari, lead author of the study and assistant professor of human sciences at The Ohio State University.

“There’s this misconception, especially among parents, that it doesn’t matter as much if kids miss school early on — that it only becomes important when they get to middle or high school,”

said Ansari, who is also a researcher at Ohio State’s Crane Center for Early Childhood Research and Policy.

“This study shows that those early absences do matter, and in ways that many people don’t consider.”

The study was published online recently in the Journal of Youth and Adolescence.

Ansari and his colleagues used data from the Study of Early Child Care and Youth Development, which is run by the National Institute of Child Health and Human Development.

This study included data on 648 students from 10 cities across the United States who were followed from birth through young adulthood. Researchers had information on the number of days the children were absent from school between kindergarten and eighth grade.

In 2013 and 2014, when the participants were 22 or 23 years old, they reported on a variety of outcomes, from criminal or deviant behavior to parenthood, political participation and economic hardship.

Results showed that school absenteeism didn’t have any relation with criminal, risky or deviant behavior, Ansari said. But it was linked to political engagement and educational and economic success.

Students who were more frequently absent from school were 4.7 percentage points less likely to have voted in the 2012 election.

They also reported experiencing greater economic hardship (such as difficulty paying bills), were more likely to say they used government assistance such as food stamps, were less likely to have a job and reported poorer educational outcomes, such as a lower high school GPA and a lower likelihood of going to college.

“Absenteeism in those early years of school has pretty far-reaching consequences,”

“It goes beyond just affecting your education and how well you do in high school.”

Ansari said showing up less to school in those early years may set dangerous precedents.

“We believe disengagement may be one of the key mechanisms linking early school absences to poorer outcomes in early adulthood.”

Ansari said the participants in this study were mostly from middle-class families, so results may be different for those from a more disadvantaged background.

“If we’re seeing these negative outcomes of absenteeism in this largely middle-class sample, the associations may be even more pronounced among disadvantaged families,”

In 2020, parents may be wondering how widespread school closings during the pandemic may be affecting their children. Ansari said this situation is different from what they studied here.

“These really are unprecedented times. All kids are absent. With that said, the differential access to supports and resources will likely result in even greater variability in outcomes when students return to school after the pandemic.”

Ansari said he hopes this study will make parents more aware of the importance of school attendance, even for young children.

“What this work suggests is that we should take absenteeism and its consequences more seriously.”