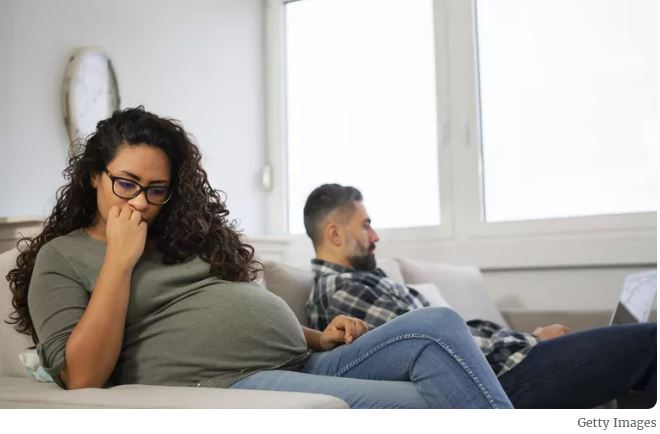 Depression in pregnancy, known as antepartum depression, is all too common. A new study conducted by the Journal of Obstetrics and Gynecology found that the rate of depression among women who arrive at the hospital to give birth is at an all-time high of more than 28 women per every thousand.

Doctors commonly prescribe antidepressants known as SSRIs, or Selective Serotonin Reuptake Inhibitors to both non-pregnant and pregnant people in an effort to alleviate symptoms of depression and anxiety. In general, most of these drugs are widely used and considered safe during pregnancy.

But a recent study indicates that there may be increased risks to the fetus when SSRIs are used at medium and high doses during the third trimester of pregnancy.

Depression, even during pregnancy, is a common and treatable disorder that can be controlled with the use of antidepressant medication. Even if you’ve never experienced depression or anxiety before, if you notice symptoms or feel something isn’t right, it’s always best to speak to your doctor.

Never has self-care been more important than now, when you’re about to be responsible for a little person who will rely on you for everything.

So don’t hesitate to bring it up, and if your doctor decides you would benefit from an antidepressant, it’s a good idea to start it sooner rather than later to protect your own mental health. Not sure whether you’re experiencing depression?

Below are some of the more common symptoms of depression, as reported by the Centers for Disease Control and Prevention:

READ ALSO: Depression During Pregnancy May Alter A Baby’s Biology, According To New Research

Risks of Using Antidepressants While Pregnant

However a study published in the June 2020 edition of Pediatrics, the Official Journal of the American Academy of Pediatrics indicated that the risks of fetal respiratory distress and preterm birth are increased with maternal use of antidepressant drugs in the third trimester at high doses.

While that sounds scary, it’s not time to worry quite yet. Rather than uncovering new and unknown risks to the fetus, the study was conducted to examine the prevalence of these outcomes based on dosage and timing of antidepressant use.

Not surprisingly, findings indicated that high doses used during the entire nine months were associated with the greatest risks to an unborn baby. But even then, the risks are low, and this new information shouldn’t change your mind about taking an antidepressant if you really need it.

“These risks are real, but they should be weighed against the risk of untreated depression in the mother, which could cause a much worse outcome than respiratory distress and potential preterm birth in the fetus.”

In a perfect world, you might consider tapering off your antidepressant medication in the months before you start trying to get pregnant. Of course, that’s simply not possible if you want to keep your symptoms at bay. Pavan Madan, M.D., a psychiatrist with Community Psychiatry says:

“In general, women with a history of mental health conditions are likely to experience worsening of symptoms during pregnancy.

“Untreated mental health disorders are also known to pose significant risks to mother and the fetus. Women with untreated anxiety may have higher risk of blood pressure problems for the mother, growth restriction for the fetus, and increased complications during labor and the postpartum period.”

Other risks involve day-to-day struggles, like finding the energy to get through the day, let alone suffer through morning sickness, extreme fatigue and all of pregnancy’s other not-so-glamorous symptoms. Merhi said:

“A depressed mother may have a hard time taking care of herself. She may be more likely to struggle with lack of energy or inappropriate diet, or in some cases, she may self-medicate with illicit drugs, smoking, or drinking alcohol. These things, of course, can all cause significant harm to her unborn baby—more so than the minute risks of taking antidepressants during pregnancy.”

Treating and Managing Depression During Pregnancy

So how do you decide whether to continue taking your medication or attempt to stop for nine months? There’s no easy answer to this question. Allie Shapiro, a psychologist with Community Psychiatry says the most important consideration is the answer to the question, can I be stable off of medication? Merhi added:

“The answer depends on a number of variables as well as your medication history. The severity of your anxiety often dictates whether or not you should continue medication during pregnancy,” she says. Feel like you can manage without? “Some non-medication therapies include exercise, support groups, yoga, meditation, behavioral therapy, and acupuncture,”

But if it’s simply not possible for you to be at your best without daily use of an antidepressant, you can still mitigate your risk of potential harm to your baby by taking the smallest effective dose and if possible, sticking to only one medication rather than two or more.

“In keeping with the findings set forth in the June 2020 study, the lower the dose of medication, the safer it is for the baby. Also, the fewer medications a mother takes, the better it is. It is best to use one medication at a dosage that controls the depression rather than using two or more medications,” Merhi says.

And if you haven’t yet found a medication you’re happy with, consider switching to an antidepressant that’s considered safer for use during pregnancy. The Mayo Clinic indicates Celexa and Zoloft as two of the safer drugs to try, along with Cymbalta and Effexor.

One that’s not recommended? Paxil, also called Paroxetine. Several studies have found that taking Paxil during the first trimester of pregnancy is associated with an increased risk of congenital heart defects.

4 Paxil is particularly difficult to wean off of, so if you’re taking Paxil and considering getting pregnant, work with your doctor early on to assess whether it may be beneficial to change your medication.

Remember, regardless of what trimester you’e in, and how high your dosage is, the risks of harming your unborn baby from taking an antidepressant during pregnancy are still low. Your own health is critical to the health of your unborn baby, and that includes mental health as well as physical health.