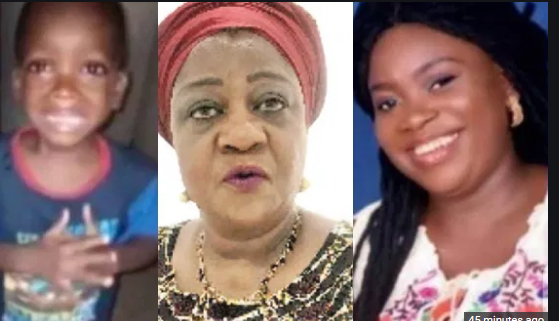 Lauretta Onochie, an aide to President Muhammadu Buhari, has frowned at the praise that the viral ”mummy calm down” video is getting.

Lauretta has totally kicked against the way the little boy’s mother made him beg and cry, as Lauretta believes the whole scenario was humiliating in the least.

Onochie opined that many Nigerian adults are suffering from mental abuse from similar incidents in their childhood, maintaining that the child in the video and other children who may have seen it are traumatised by that experience.

Lauretta said watching the video distressed her and that in an advanced country like the UK, the boy in the viral video would be in care by now while his mother charged for child abuse.

the calm down video, is a clear case of child abuse. That was not discipline. TIMES HAVE CHANGED 2020 Many Nigerian adults today, are suffering from the effects of similar abuse when they were children. In the UK, the child would be in care, his mother charged

I was distressed by the calm down video. I can’t imagine the trauma that child and other children who watched it, went through. We must make laws that protect children in our nation There are better and more effective and humane ways of effecting behavioural changes in children. 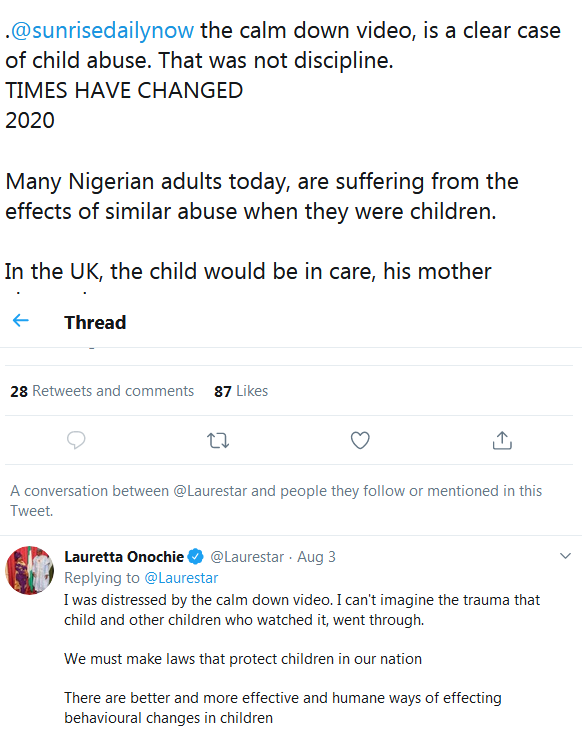