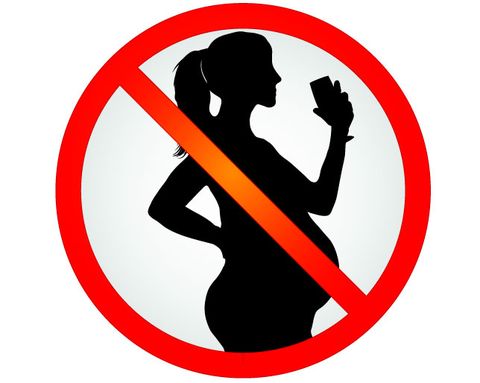 Each week a woman consumes alcohol during the first five to 10 weeks of pregnancy is associated with an incremental 8% increase in risk of miscarriage, according to a new study according to a study by Vanderbilt University Medical Center (VUMC) researchers. The findings, published in the American Journal of Obstetrics and Gynecology, examine the timing, amount and type of alcohol use during pregnancy and how these factors relate to miscarriage risk before 20 weeks’ gestation.

Impact of alcohol use rises through the ninth week of pregnancy, and risk accrues regardless of whether a woman reported having fewer than one drink or more than four drinks each week. Risk is also independent of the type of alcohol consumed and whether the woman had episodes of binge drinking.

READ ALSO: Largest Study Of Its Kind: Risk Of Having A Child With Autism Doubles If Mother Smokes Marijuana During Pregnancy

Though most women change their alcohol use after a positive pregnancy test, consuming alcohol before recognizing a pregnancy is common among both those with a planned or unintended pregnancy. Half of the 5,353 women included in the analysis reported alcohol use around conception and during the first weeks of pregnancy.

The median gestational age for stopping alcohol use was 29 days. Although 41% of women who changed their use did so within three days of a positive pregnancy test, those who stopped consumption near their missed period had a 37% greater risk of miscarriage compared to women who did not use alcohol.

“Abstaining from alcohol around conception or during pregnancy has long been advised for many reasons, including preventing fetal alcohol syndrome. Nonetheless, modest levels of consumption are often seen as likely to be safe,”

said Katherine Hartmann, MD, PhD, vice president for Research Integration at VUMC and principal investigator for the Right from the Start cohort, from which participants were enrolled in the study.

“For this reason, our findings are alarming. Levels of use that women, and some care providers, may believe are responsible are harmful, and no amount can be suggested as safe regarding pregnancy loss.”

According to the researchers, one in six recognized pregnancies ends in miscarriage, which brings great emotional cost and leaves unanswered questions about why the miscarriage occurred.

Biologically, little is known about how alcohol causes harm during early pregnancy, but it may increase miscarriage risk by modifying hormone patterns, altering the quality of implantation, increasing oxidative stress or impairing key pathways.

Because alcohol use is most common in the first weeks — when the embryo develops most rapidly and lays down the pattern for organ development — understanding how timing relates to risk matters.

Plane Crash Survivor, Kechi Okwuchi Shares Thankful Post After She’s Able To Do This Basic Thing 15 Years After Her Crash

Risk did not peak in patterns related to alcohol use in specific phases of embryonic development, and there was no evidence that a cumulative “dose” of alcohol contributed to level of risk.

The study recruited women planning a pregnancy or in early pregnancy from eight metropolitan areas in Tennessee, North Carolina and Texas. Participants were interviewed during the first trimester about their alcohol use in a four-month window.

To avoid increased risk of miscarriage, the researchers emphasize the importance of using home pregnancy tests, which can reliably detect pregnancy before a missed period, and ceasing alcohol use when planning a pregnancy or when pregnancy is possible.