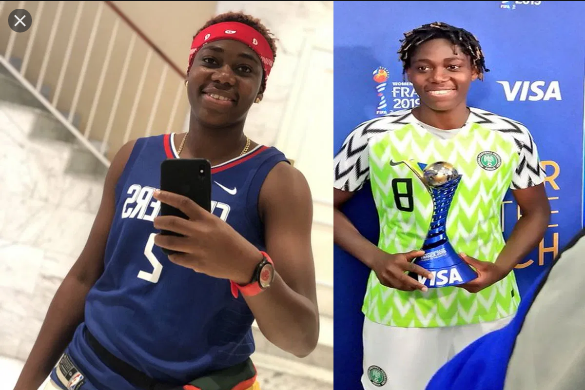 Celebrity Mum, Damilola Adegbite Shares On How Adjusting Your Expectations Of Others Can Change Your Life

Four-time African Women’s Footballer of the Year, Asisat Oshola, says she never had the support of her parents playing football while growing up in Lagos. 25-year-old Oshoala is part of UEFA’s Together #WePlayStrong women’s football campaign, which kicked off on Tuesday.

In a video documentary posted on the campaign’s Instagram page, the accomplished sportswoman talked about her road to stardom and the lack of support from her parents.

“Talking about my journey of football right from the beginning, I started with my friends in school and I was just doing it for fun.

“It became something that I liked to do more often and after school hours I would play football before I go home.

My parents were always complaining that I came home late after school hours. When I finished from school, I had like almost months doing nothing, so I just spoke with my parents (that) maybe they could just allow me to play for fun and nothing serious.

“From there I played in a tournament, then I was discovered by one of the teams and they told me they wanted me.

But I said I didn’t want to play professional football, but they said “no” because I have the qualities.

“I said my parents were not going to allow me to do that, so they shouldn’t bother trying. My parents never supported me; the only person who was supportive was my grandmother.

Oshoala would go on to play for Robo FC and River Angels in Nigeria before joining Liverpool Ladies in England. She joined Barcelona last January, initially on loan, and has flourished this season, scoring 20 goals in 19 appearances before the coronavirus outbreak