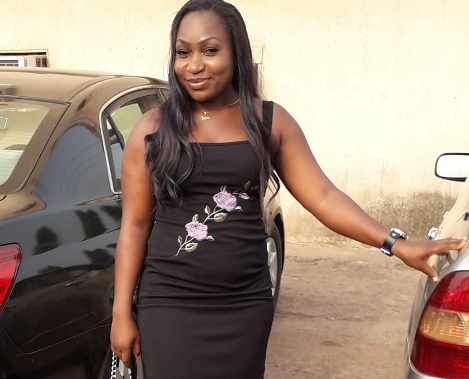 There is such a thing as ‘patriarchy princess’ –  it is a term that describes a female (young or old) who upholds the notion that the rights of women to free-living, respect and full expression is subjective to whether or not the culture that foists men above them approves. Although, it would be reasonable to say that feminism in this part of the world is gaining traction because of how personally the patriarchy has affected the lives of many women and children negatively, one Nigerian woman has decided she’s distancing herself from the reality.

Tabugo Violet Amaka seeks to return Nigerian women to the days where they lacked self-awareness as she made to further entrench the patriarchy in a Facebook post where she shared that feminism has done more harm than good to Nigerian women, particularly the single ladies.

READ ALSO: Rapper & Mum, Cardi B Talks Feminism And Why She Got Back With Her Husband Despite His Cheating Scandal

She warned that married women who toed that same line ended up as divorcees but that’s not all, Tabugbo argues that there is potential psychological and mental problems that a Nigerian woman may be prone to if she chooses to uphold feminism.

According to Tabugbo, the culture in Nigeria is sacrosanct and that Nigerian women who fail to  understand that the culture is incompatible with feminism will only bring “harm” upon themselves, as they cannot win in the matter.

She added that culture needs to be respected and that there are certain decisions and actions that women should not be allowed to make or take, no matter how rich or educated they are.

She further stated that “till Jesus comes, gender equality will never be adopted here in Nigeria.”

Feminism has done more harm than good to our Nigerian women most especially to our single ladies practicing it.

You hardly see married women practcing it here in Nigeria except a ”divorcee”. No man in his right senses would allow his wife to practice ”feminism” under his roof especially in Igbo land where I come from.

The more you try to practice feminism as a woman, the more harm you bring upon yourself psychologically and mentally because we have cultures and some cultures need to be respected in the absence of women.

There are some decisions and action women are not allow to make or take, no matter how rich and educated you are as a woman in Nigeria or igbo land.

What you people are fighting for here is an impossible mission, safe yourself the stress and sanity.

We are not white people, we Africans, most of the things they do, doesn’t work for us.

Till Jesus comes, gender equality will never be adopted here in Nigeria.” 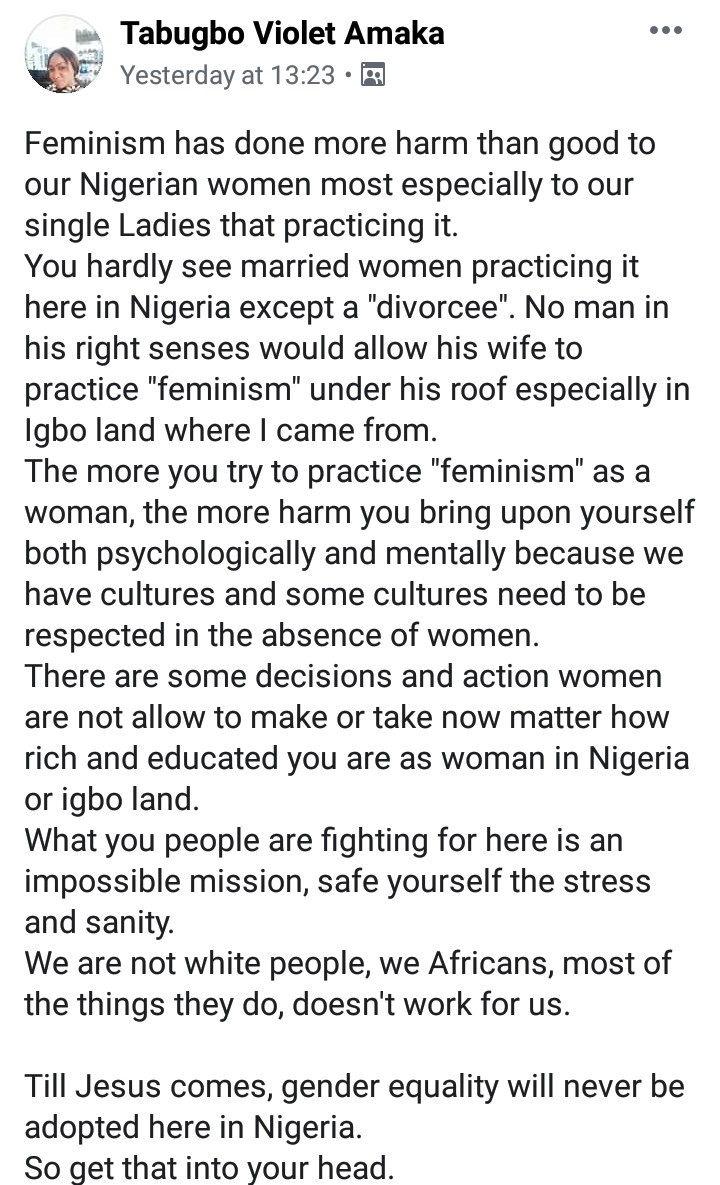