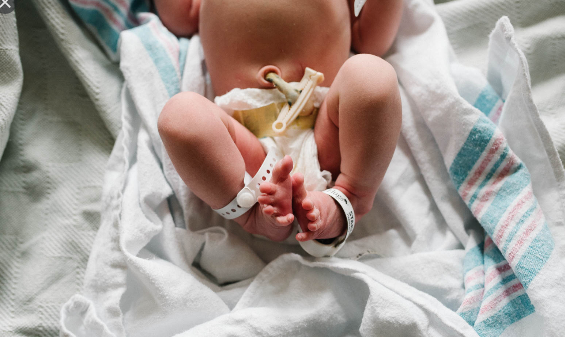 A couple from Somalia became parents once again 20 years after they had their first child and after the wife suffered five miscarriages. The baby was born at a hospital in Sharjah, UAE after their son graduated from university, Khaleej Times reports on Wednesday, Septemeber 16.

The husband ND, 55, and his wife NU, 40, became parents for the first time in 1999. NU was unable to conceive after that because she had severely ruptured her cervix during delivery.

“It was a very tough situation as she had some five miscarriages – all in the second half of pregnancy. That left her not only physically very weak, but was also an emotional setback for us.”

“She had severe lacerations in the cervix, and also had a congenital anomaly in the uterus, which we call … a two-horned uterus/severe degree.

These two reasons were obstacles to the occurrence and continuation of pregnancy.

Three of her pregnancies were done using the IVF procedure, but unfortunately all ended up in miscarriages despite different kinds of treatments.”

Dr Hasoun added that NU had been receiving treatment for the last one year.

“With the last pregnancy, the patient underwent a successful IVF operation and conceived again,”

“When she completed 16 weeks of pregnancy, we performed a complicated procedure called cervical cerclage or cervical stitch through the abdomen.

This is a treatment for cervical weakness, when the cervix starts to shorten and open too early during a pregnancy, causing either a late miscarriage or pre-term birth.

This helped the patient successfully continue her pregnancy till the ninth month, after which she gave birth to a beautiful and healthy baby”