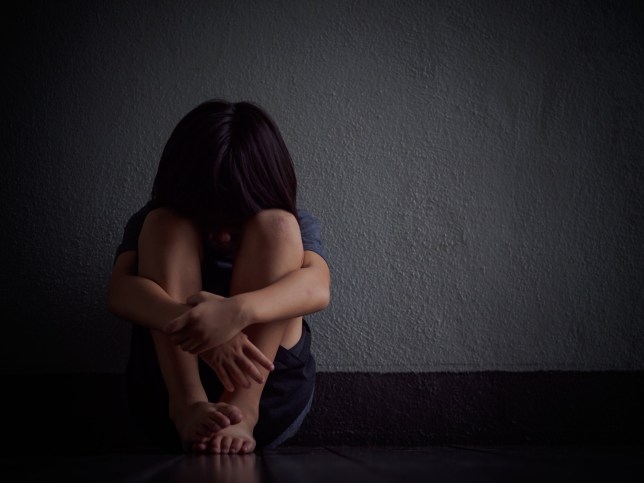 Psychologist, Eghosa Osaruemwenmwen Urges Couples On The Many Benefits Of Family Planning

No parent would imagine having their child raped or fall into the hands of a sexual predator. The thought of it is depressing. The act will not only wreak emotional havoc on the parent and victim; in many cases, it can also inflict a permanent physical scar on the victim. Stopping the predators before they even advance may just be about the consciousness of girls and parents.

There’s often no tell-tale signs when trying to seek out a possible paedophile, that is why it is essential for parents to be on the alert and not be fooled to exempting anyone no matter their appearance as a possible. This is more important now that lockdown measures are being lifted across the country and children are getting exposed to the outside world again after months of stay-at-home order caused by the coronavirus pandemic. For instance, schools have reopened in most states; likewise, worship centres.

The truth is, child molesters do not have one physical characteristic that sets them apart from the rest of human beings, according to American psychotherapist, Dr Karen Ruskin.

There is not one profession, personality, sex, religion, or race that paedophiles belong to, which is why it is important for parents and guardians to pay attention to people their children interact with.

“In fact, many times predators are actually people you or your children know, instead of a stranger, which can make the situation harder to detect and can also cause victims to continue to have a relationship with their abuser,”

“They are hidden in plain sight. They can be an older sibling, a family member, teacher, neighbour, or colleague.

In fact, 90 per cent of the time, a predator is someone with a relationship to the victim and the family.”

“Child molestation happens everywhere and it can happen to anyone’s child. There is no spared place and person. It can happen in school, home and others.

Any professional can be involved, though when it comes to child molestation, schoolteachers, home tutors, domestic workers and relatives are usually the culprits.

“Of course, the reason for this is not far-fetched.

Children aged between 0 and 18 spend most of their lives at school and home, and during this stage, the people they see mostly are their teachers, domestic workers and family members.”

Rapists and paedophiles could appear harmless when seen, Adesanya, Ruskin and others outlined some common red flags to identify them which they said could make girls safe when alone.

Australian reporter and crime author with over 30 years’ experience, Candace Sutton, said one of the ways paedophiles enticed their preys was by gifting. She identified this as one of the red flags to watch out for.

Beware of toys or gifts from an unknown source turning up in your child’s possession. Paedophiles often like to “buy” your child presents and often can, in a twisted manner, portray the child as the sexual aggressor after the victim realises he or she can bargain for toys, clothes, outings or games by withholding sexual ‘favours,

she wrote on news.com.au.

Child predator is an expert at grooming children and their parents, by gaining trust, using gifts and attention.

These are the first warning signs of a predator.

What do kids love more than toys and gifts?

A predator is an expert at finding the soft spot of a child because they work especially hard to relate to kids and speak their language.

If someone is gifting items to your child that you may not be able to afford, seems excessive, gives an adult an opportunity to spend more time with your child – this is a major warning sign.

A predator will prep your child – they will test the waters to make sure your child can keep secrets.

She said, “What to look out for is someone who relates better to children than to adults, and has either very few adult friends or whose friends might also be sex offenders.

“Signs to watch for: paedophiles usually prefer children in one specific age group, such as infants and toddlers, children between six and 10 years old, or ‘tweens’ and young teenagers up to the age of 16.”

Also, Roth noted that paedophiles were often well-liked by others.

“They strategically target their victims, often installing themselves into a child’s life through family, school, church, sports, and activities,”

“Child molesters are very cunning in their deception– they have to be in order to get away with these despicable acts.

Children– innocent, naïve and trusting– are the most susceptible to the deliberate tricks and ploys a paedophile uses to gain their trust, as well as the family’s trust.”

A cold predator gains time with children. They spend excessive time at your home and with you and your family.

This includes a sibling, relatives, family friends, neighbours, colleagues, cousins, a coach or teacher who have taken a special interest in one particular child.

They will work very hard to arrange for alone with your child – they are not doing you a favour or helping out of the goodness of their heart.

Alone time is a seized opportunity.

According to Roth, paedophiles are enthusiastic collectors of photographs or videos of children, even children who are fully dressed, but preferably, and behind a parent’s back, of children half or fully nude or engaged in sexually suggestive or explicit acts.

“They will have vast image collections, and hidden away a collection of child erotica and child-adult pornography,”

“Paedophiles share inappropriate, adult-geared personal or private information with your child. They point out sexual images or tells inappropriate or suggestive stories in front of children.”

“Paedophiles often push physical boundaries with children, including hugging, touching, kissing, tickling, wrestling or holding a child even when the child resists physical contact or attention.

“They can be overly affectionate/playful with children–to the extent of having a child sit on their lap. They may have long stares at a child.

They may make comments or conversation about a child’s appearance –which may even take a turn for the inappropriate.”

This is often a single male with no friends, the sort of paedophile who would place himself in a situation where he becomes the trusted babysitter, often for the children of several, usually single-parent families.

“The mothers regard him as a godsend, who will safely mind their children while they go to work, or go out with their friends.

In many cases, the single parent is unable to provide the support the children need, leaving the scene wide open for the child molester to play ‘uncle’ and provide care, attention and ‘fun.’

“Many paedophiles seek out mothers of single-parent families for the purpose of victimising their children.”