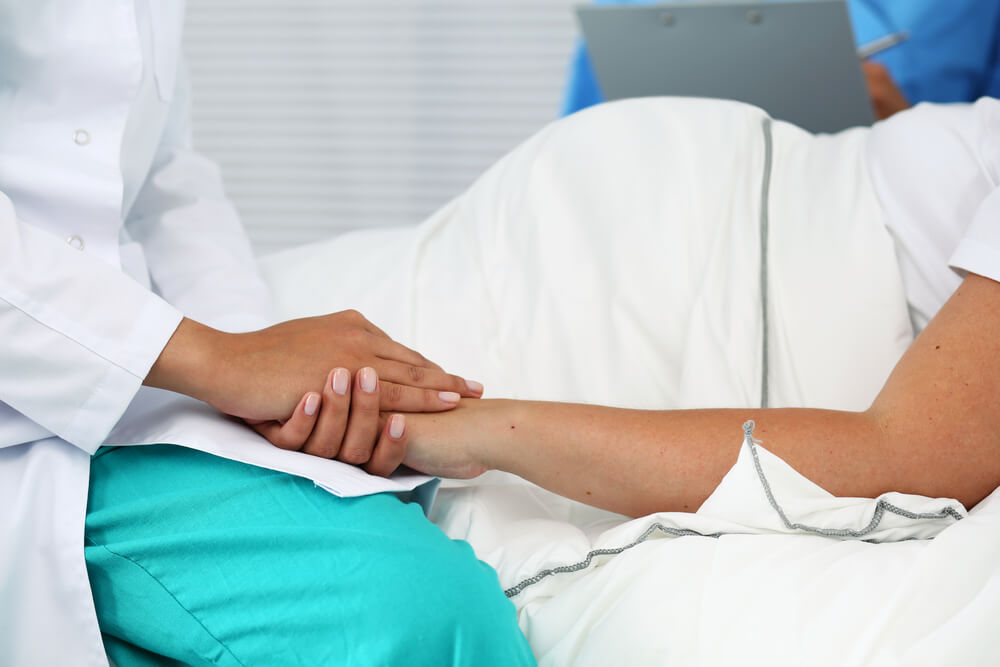 An Obstetrician and Gynaecologist at the Aminu Kano Teaching Hospital, Kano State, Dr. Labaran Aliyu, says pregnant women experiencing any vaginal bleeding should not take it lightly, describing it as abnormal and a sign that there is a problem with the pregnancy.

Bleeding in pregnancy, according to the gynaecologist, is a dangerous sign, advising pregnant women experiencing such to go to the hospital and see an expert for appropriate evaluation, investigation and treatment.

Speaking in an exclusive interview with PUNCH HealthWise, Aliyu, an Associate Professor, Obstetrician and Gynaecologist, Bayero University, Kano, said a woman cannot be pregnant and be menstruating at the same time.

“Some women might take vaginal bleeding in pregnancy to mean menstruation. The first sign of pregnancy is absence of menses. If a woman is reproductive age and says she doesn’t see her menses, the first thing that comes to mind is that she is pregnant.

“A woman cannot be pregnant and be menstruating. Any bleeding that is seen after the confirmation of pregnancy is bad and abnormal and it is a sign of problem.

“Any pregnant woman experiencing such should go to the hospital to see experts for proper investigation and to ascertain the cause of the bleeding.

“If the bleeding is during early pregnancy, it is a sign of miscarriage. There are different types of miscarriages. It can be threatened or it has happened or the feotus has died but not yet expelled.

“Whatever it is, if there is bleeding after the confirmation of pregnancy during the earlier stage, it means there is a problem with the pregnancy.

“When a woman is pregnant and she is bleeding, there is nothing like she is seeing her menses during the pregnancy. Bleeding in pregnancy is a dangerous sign. It is only the doctors that will confirm what the problem is and give the appropriate treatment.

“So, no woman should take bleeding in pregnancy lightly. It must be investigated, cause confirmed and treatment given,”

According to the American College of Obstetricians and Gynecologists, bleeding in the first trimester happens to about 15-25 percent of pregnant women, adding that bleeding later in pregnancy can be more serious.

Giving further insight into the risk of bleeding in pregnancy, the maternal health expert said,

“Now, if the bleeding happens later in pregnancy like around six to nine months, it can still be a sign of miscarriage or a sign that the placenta is located in an abnormal place.

“When the placenta lies low in the uterus, it may partly or completely cover the cervix. This is called placenta previa and may cause vaginal bleeding. So, this is one form of bleeding later in pregnancy.

“If the woman is bleeding around the eighth month of pregnancy and then she has an abdominal pain, it is called placental abruption — which is when the placenta detaches from the wall of the uterus before the feotus is born.

Aliyu expressed concern at the way and manner most Nigerian women, especially those in the rural areas, handle issues that affect their health which he said contributes to the high rate of maternal and infant mortality in the country.

“Most women do not go to the hospital for proper check up if there is a problem with their health. Instead, they attribute it to something else and later the problem will worsen.

He added that if neglected, a bleeding pregnant woman will become anaemic, her heart will fail eventually and if the heart fails, she will die.

In a study published by The Lancet in 2018 on risk of maternal mortality in women with severe anaemia during pregnancy, researchers say anaemia affects as many as half of all pregnant women in low- and middle-income countries.