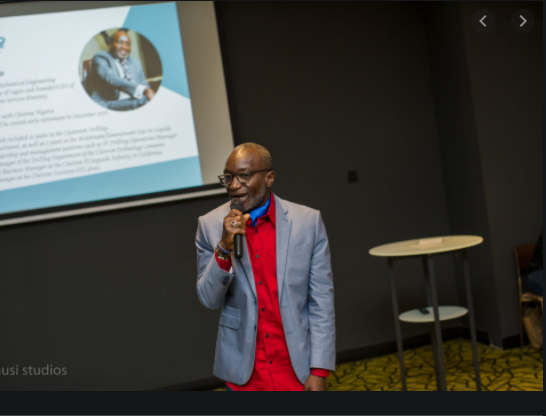 Does Using Deodorants In Armpits Cause Breast Cancer? –Medical Expert, Dr. Peter Atangwho Addresses The Controversy Around It

Mr. Rotimi Ashley-Dejo, is the Founder/CEO of Girafit, an online business services directory. The 51-year-old who lives in Lagos with his wife and their two teenage children is a mental illness survivor, having suffered clinical depression since 2004.

He shared his experience with PUNCH and how he became an advocate of mental health. Ashley-Dejo is sharing his experience as the world commemorated World Mental Health Day on Saturday.

The graduate of mechanical engineering from the University of Lagos had a 26-year career with Chevron Nigeria from December 1991, till he elected for early retirement in December 2017.

Rotimi’s battle with mental health challenge began in 2004, but he was in denial for about six years.

“My depression began in 2004. I was in denial for six subsequent years and was only diagnosed in 2010 after things got really bad and I had no choice but to seek professional help.

“At one point in 2005, I went to my doctor in the US and got a basic anti-depressant prescription, but I only took one pill before I discarded the rest, rejecting the very thought of being on medication for mental illness.

“So, that gives a hint as to my mindset before I was afflicted. I was oblivious and ill-informed about mental health, and how widespread it is. I generally considered it to be something that happened to ‘other people,’”

What was the issue Ashley-Dejo was dealing with that eventually led him to a depressive state? According to him, his challenges in that period were work-related.

“I had an unfavourable performance assessment at work and it stressed me out. It was the first time in my career where, despite my best efforts, my performance was being questioned.

“It turned out that the assessment was somewhat malicious, and I eventually actually got a fantastic job promotion that year. But the damage had apparently been done.

“I simply could not snap out of the depressed feelings. I lost almost all ability to function. I spent most of my days blank, having no interest in the activities I had always loved, unable to get out of bed most days, thereby missing work, sometimes for three to four consecutive days.

“I lost my appetite and became emaciated, avoided interacting with people, answering my phone or even interacting with my kids. I wouldn’t even go outside and get some sun. Mild tasks such as taking a walk for exercise seemed monumental, and I completely lost my libido.

“I lost all enthusiasm and motivation for life. It was truly a crushing, sad, sad feeling. My family life was spiralling downwards fast. I knew I had to get help.

“When I was eventually diagnosed, it turned out my depression was related with my brain being unable to make the normal correction of ‘happy hormone’ neurotransmitter chemicals in my brain. I was stuck in a state of ‘sad for no reason,’”

According to Olawunmi Oluwatosin, a clinical psychologist with the Federal Neuro-Psychiatric Hospital, Yaba, Lagos, clinical depression is a major mental health disorder.

In an interview with PUNCH HealthWise, the clinical psychologist said the condition ranged from mild to moderate and severe levels of illness of patients with it.

Clinical depression, Oluwatosin said, leads to “loss of interest in pleasurable activities, withdrawal to self, excessive feelings of sadness, feeling of hopelessness, poor sleep, poor appetite, restlessness, reduced energy, anxiety and so on.

“These red flags are not just a one-off experience, but a reoccurrence of episodes of not less than two weeks, which is assessed by a clinical expert and then diagnosed.

“Depression can, however, be properly managed to a minimal level. Remission is the goal because it (depression) varies from person to person and there is no complete cure for it.

“But, with the use of effective medications and regular talk therapy sessions with an expert and also with the support of family members and loved ones, treating and managing the condition is possible and easier,”

Mr. Ashley-Dejo disclosed that since his experience with clinical depression, he has realised how big a challenge mental health in general and depression, in particular, is in Nigeria, adding that he has become an advocate for improved mental healthcare.

“Mental illness affects every class of society. The poor, the middle class, the rich, the super-rich.

“People make these assumptions about who it affects because the usually visible sufferers are those who cannot support themselves, who lack a support system and the resources to take care of themselves or have others take care of them, who inadvertently wind up on the streets, out of control. That’s what we see.

“What is invisible, however, are the multitudes who hide away when they are afflicted. Statistically speaking, roughly four out of every 10 individuals suffer some form of mental illness sometime in their lives.

“The more common illnesses such as depression are a bit more visible. But there are less acknowledged disorders such as anxiety disorders, Post-Traumatic Stress Disorder, bipolar disorders, schizophrenia, perinatal depression, and so on, that are also prevalent in our society, that do not get much attention or support,”

“The triggers for mental illness are numerous and very present — money issues, relationship stress, career problems, domestic abuse, sexual abuse, etc. Normally our brains are supposed to help us cope. But sometimes, that doesn’t happen. It is ordinary people like you and I that suffer depression. The everyday man.

“The more regular people such as myself speak out about our affliction, the closer we move towards normalising and accepting a health scourge that is more common than we like to accept, and have people embrace and seek the professional help they need,”

“Societal stigma, fear of the unknown, fear of discrimination, fear of the impact on career and livelihood, are some reasons why we all generally hide mental illness from public view, even from friends and family.

“When people reveal they are suffering a mental disorder, the general societal reaction is to view you as ‘mad.’ You’re not normal. You’re unstable, and may even be dangerous.

“Your employers may deny you job opportunities because they think you may be unable to cope with tough responsibilities. Even your family and friends may begin to avoid you.

“Nobody wants to be a social outcast. So, we hide our illness. Whereas, just like any other organ of the body, all you’re coping with is a malfunction of an organ, in this case, the brain, just like other organs such as the heart, kidneys, pancreas, etc.

“But we are comfortable talking of illnesses associated with those organs, but not the brain, probably because it is the most complex organ in the body and not fully understood.

“We need more regular sufferers to muster the courage to speak out about their illness; so, we may begin to normalise the disease and see it as just another ailment requiring medical attention.

“We also need the health authorities as well as non-profit organisations doing more to raise awareness and reduce stigma in our country,”

Anyone can have mental health challenge

According to Ashley-Dejo, anyone can have mental health challenge.

“It is a condition that can affect anyone, regardless of class or status. It is possible to live a normal, good quality life, despite mental illness. There is no shame in seeing a psychiatrist.

“When you have mental disorder, that is the person you need to consult — a psychiatrist. Otherwise, you’ll suffer unnecessarily,”

“The Nigerian government, and particularly, the health authorities, need to budget more for mental health.

“The budget allocation so far is grossly inadequate, and the attention and focus on mental health intervention are almost non-existent, despite it having a monumental impact on the wellbeing of citizens and the economy.

“Think of the loss of productivity we suffer as a result of mental illness in this country, as it is estimated that over 50 million Nigerians suffer from one mental illness or the other, yet there are just about 200 registered psychiatrists and psychotherapists in Nigeria. It’s mind-bogglingly inadequate.

“We need way more psychiatric hospitals than we have today, and we need to, somehow, increase the number of psychiatrists qualifying and practising in Nigeria.

“Brain drain of mental health professionals to other countries has been a huge problem and needs to be stemmed,”

Ashley-Dejo also harped on the significance of the 2020 World Mental Health Day — Mental Health for All, Greater Investment, Greater Access. He said,

“It’s a great theme for these times, particularly given the outbreak of COVID-19.

“There is likely to be a significant increase in mental illness in the land due to the economic hardship, isolation and other impacts of COVID-19 restrictions.

According to the World Health Organisation, depression is a common illness worldwide, with more than 264 million people affected.

Depression, WHO said, is different from usual mood fluctuations and short-lived emotional responses to challenges in everyday life, noting that when long-lasting and with moderate or severe intensity, depression may become a serious health condition.

“Depression can cause the affected person to suffer greatly and function poorly at work, at school and in the family. At its worst, depression can lead to suicide.

“Close to 800,000 people die due to suicide every year. Suicide is the second leading cause of death in 15-29-year-olds.

“Although there are known, effective treatments for mental disorders, between 76 per cent and 85 per cent of people in low- and middle-income countries receive no treatment for their disorder.

“Barriers to effective care include a lack of resources, lack of trained health-care providers and social stigma associated with mental disorders.

“Another barrier to effective care is inaccurate assessment. In countries of all income levels, people who are depressed are often not correctly diagnosed, and others who do not have the disorder are too often misdiagnosed and prescribed antidepressants.

“The burden of depression and other mental health conditions is on the rise globally. A World Health Assembly resolution passed in May 2013 has called for a comprehensive, coordinated response to mental disorders at the country level,”

According to the WHO, there are effective treatments for moderate and severe depression.

“Healthcare providers should keep in mind the possible adverse effects associated with antidepressant medication, the ability to deliver either intervention (in terms of expertise, and/or treatment availability), and individual preferences,”