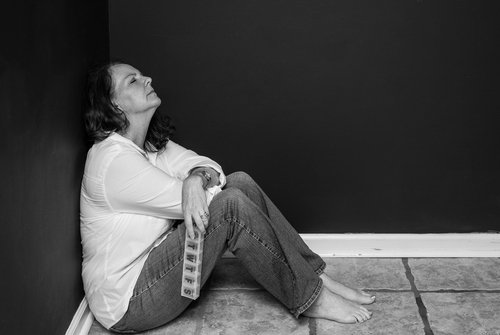 Bipolar disorder is a chronic or episodic (which means occurring occasionally and at irregular intervals) mental disorder. It can cause unusual, often extreme and fluctuating changes in mood, energy, activity, and concentration or focus. Bipolar disorder sometimes is called manic-depressive disorder or manic depression, which are older terms.

Everyone goes through normal ups and downs, but bipolar disorder is different. The range of mood changes can be extreme.

Mental health experts say many Nigerians suffer from this disorder, but, like other mental illnesses prevalent in the country, it remains under-diagnosed.

According to the experts, many people who have the condition live in denial, despite being aware of their impaired mental state, but will rather attach spiritual connotation to it than seek medical attention.

Billionaire American rapper, Kanye West, is said to be living with the disorder, for which his wife, Kim Kardashian–West, recently solicited “understanding and compassion” on his behalf.

Experts say bipolar disorder can cause severe disruption to a person’s life, even the impact varies among individuals.

They added that with appropriate treatment and support, many people with the condition live full and productive life.

In an interview with PUNCH HealthWise, a renowned medical researcher in neurocardiology and neurosciences, Dr. Chidi Njemanze, described bipolar disorder as ‘a mental illness characterised by shift between two moods, during which a person goes from being energetic [mania episode] to low depressive episode.’

He said the condition, which could be mild or extreme mood swings, was known as manic-depressive disorder and is caused by neurochemical transmitter imbalances in the brain. He said:

“These chemicals are meant to be held in a balance, but if they swing in extremity to either direction, there will either be hyperactivity that comes with mania or the low that comes with the depressed state.”

Dr. Njemanze said unlike ordinary mood swings, the mood changes of bipolar disorder are so intense that they interfere with the patient’s ability to function.

According to a clinical research by the University of Nigeria Nsukka, for a diagnosis to be made, an individual must exhibit both depressive and manic symptoms to a varying degree, depending on the severity of the disorder.

Physicians say the symptoms could be subtle and confusing, adding that many with the disease are misdiagnosed, leading to prolonged suffering and pain. An academician at the International Academy of Astronautics, UNESCO Body for Space Research said:

“There could also be irritability, flight of ideas due to too much talk, inflated self esteem, sleeplessness due to hyperactivity, within which time several activities are done simultaneously but none is ever completed.

“The individual will have an impaired mental state and will be unable to make good decisions. They are likely to engage in very reckless behaviour like having unprotected sex, wasteful spending, drug overdose, or have relationship issues.”

SEE ALSO: Mom, Mariah Carey Opens up on Her Battle With Bipolar Disorder

Dr. Njemanze said children with bipolar disorder are usually “extraordinarily intelligent,” noting that the mental illness becomes pronounced with the onset of adolescence.

He noted that years of research on bipolar disorder showed that it is predominant among females, and makes them more prone to sexual abuse and exploitation. According to the expert:

“Most female victims of long-term sexual abuse have bipolar disorder. They get easily lured into the situation, after which they feel ashamed to speak about it due to feeling of low self worth and hopelessness that comes with the illness.”

The said some sex abusers have bipolar disorder, which makes them feel indestructible and over-bloated with self esteem. Njemanze said:

“If a man is having a mania episode, he might decide to have a woman at all costs because his ability for informed judgement is greatly impaired. He is over-confident and believes he can do anything.

“That is why, in the U.S., rapists are first referred for mental evaluation. Once a mental disorder is a confirmed factor, the perpetrator is absolved.

“However, once that possibility is ruled out, criminal intent is then considered and the perpetrator faces the consequence.”

He noted that with proper treatment, support and self-help, a person with bipolar disorder can function normally, reintegrate and lead a fulfilling life. The expert added:

“After diagnosis, treating bipolar disorder will include medications, physical and psychological interventions that are life-long.

“Since bipolar disorder is a chronic, relapsing illness, it’s important to continue treatment even when there is a feeling of wellness.”

Also speaking, a psychiatrist and member, West African College of Physicians, Dr. Osakwe Victor, said symptoms of bipolar disorder are recognisable from the age of 15 to 35 years.

He explained that the depressive state can last for at least two weeks, while the maniac episode can last for several days or weeks, adding that while some patients may witness episodes of changes in mood several times a year, others rarely have any.

The psychiatrist said aside cognitive symptoms like feelings of guilt and low libido, suicide ideation poses great danger, as the patient might carry out the act.

“Those with depressive episode can be sad to the extent of committing suicide or harming themselves. In the case of mania episodes, there is extreme irritability and violence that could endanger others,” he said.

Osakwe said factors such as genetic, environmental or psychosocial could predispose people to bipolar disorder, noting that what usually manifests as mental illness is always triggered by a combination of the factors. Osakwe deposed:

“A history of bipolar disorder in a family increases the chances of a family member having it later on in life.

He said bipolar disorder can be treated and cured, adding that it takes a life-long management of symptoms. Osakwe stated:

“We are looking at making a patient symptom-free and reintegrating them into society to live a normal life as much as possible. We use more of the term, recovery.”