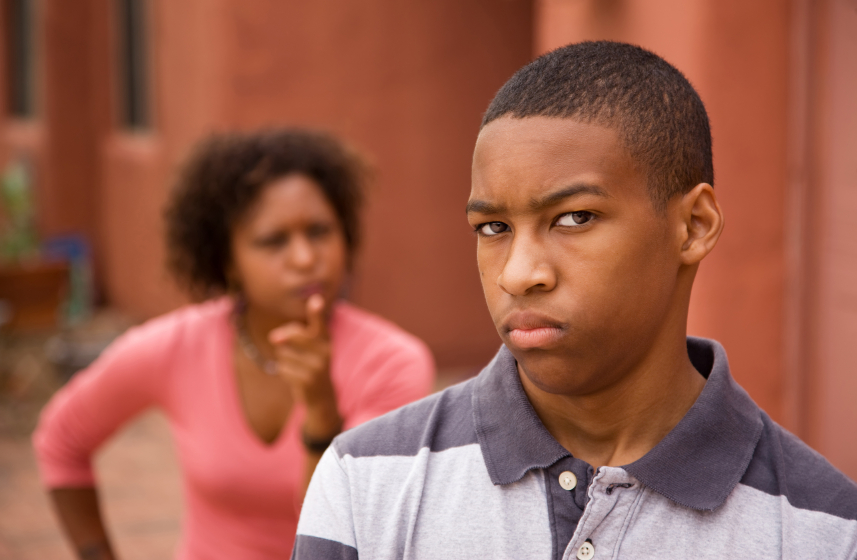 Parenting is an undeniably difficult job—and having your kids at home 24/7 while schools and daycares are closed can make it even more stressful.

Sadly, that additional layer of stress during an already difficult time can sometimes manifest in ways you’re not intending—like being short with your kids or saying things you don’t mean.

According to child psychologists at the Western Washington Medical Group, United States of America, as children grow, they go through progressive developmental stages, even as environmental, genetic and cultural factors can affect their development, and how quickly they progress from one stage to the next.

Psychologists said it was usually difficult for children to explain what they were going through, much less to analyse their feelings, which was where child psychology could help give parents highly important and valuable information.

The experts explained that children’s emotional and social developments were deeply intertwined, and helping them understand their emotions early could have a powerful impact on current and future emotional developments.

As they grow up, children develop values, awareness and social skills necessary to relate to the people around them through what they hear and see.

Thus, parents were advised to be conscious of their utterances to others around them and to children as what they are exposed to is most likely what they will carry with them either for a few months or a lifetime.

They should never be wounded by words and this is why experts roll out some of the words that parents should never , ever say to their children.

“You did well but you could do better”

According to Jesse Turner of Parent24, a parenting organisation based in South Africa, any compliment that is followed by “but” should be avoided as it takes away the meaning of the compliment itself.

“Celebrating small victories is a way to motivate children to constantly do well. Using the word ‘but’ will make them feel like they have not really made you proud and didn’t do enough, which will certainly do more harm than good.

“Instead, try saying: ‘You did well and I am proud of you. I bet you are going to keep getting better and better!’”

Telling children to stop crying makes them feel like they are wrong for showing emotion. As much as it may be frustrating for parents, it doesn’t help to demonise children for doing something that children do naturally, as this can result in the invalidation of their feelings.

“Instead, try saying: ‘What’s the matter? Why are you crying?’ – and don’t say this in a hostile manner. Your child will then be more inclined to communicate their feelings and tell you the problem beforehand in the future,”

“I do everything for you”

Turner said as much as it was true that parents did a lot for their children, constantly reminding them of it could make them feel like a burden rather than love. She said,

“The expression, ‘I do everything for you,’ is usually said to discipline a child but is a rather hostile thing to say. Instead, try saying, ‘We do things for you because we love you so please do so-so for me.”

“This is a major no-no. It teaches children to be overly conscious of their bodies and will make them question their peers for eating certain things. Body image is an extremely sensitive and personal thing and to create this impression from such a vulnerable age is damaging,”

“Instead, try saying: ‘I don’t think it would be a good idea to eat that because it’s not very good for your health,’”

“Stop being such a baby”

A Lagos-based child development specialist, Mrs Ifeanyi Okoli, said the expression – ‘Stop being such a baby’ – was one of the worst things to tell a child when they were upset.

She said it could disprove their feelings and make them reluctant to openly talk to parents.

“Children should be comfortable when communicating their feelings. Parents should be open to know the reason why a child is crying and what to do to help them stop doing so,”

“This (question) is a classic one. By telling your children this, you are essentially nagging about how much you need to nag, which clearly isn’t getting through to them.

“Instead, try saying: ‘I’ve told you this before, but could you please…’ This way, it will make the children feel like they should comply and not make you repeat yourself to begin with.”

“That’s only for boys/girls”

Instead, parents are advised not to interfere when a child develops in a particular activity.

“I’m disappointed in you”

As much as disappointment is a valid feeling, this word alone can be so damaging.

“Many people genuinely grow up believing they are a disappointment to their families because they are mindlessly told this throughout their lifetimes. Instead try saying: ‘I’m not happy with your actions. Please avoid doing so-so in future,”

“We can’t afford that”

It’s easy to use this default response when your child begs you for the latest toy. But doing so sends the message that you’re not in control of your finances, which can be scary for kids, said Jayne Pearl, a child psychologist and author of ‘Kids and Money.’

“Choose an alternative way to convey the same idea, such as, ‘We’re not going to buy that because we’re saving our money for more important things.’ If the child insists on discussing it further, you have a perfect window to start a conversation about how to budget and manage money,”

This is a tough concept for a young child to grasp. Even if a person is unfamiliar, they may not think of them as a stranger, especially if the stranger is nice. Plus, kids may take this rule the wrong way and resist the help of police officers or firefighters whom they don’t know.

Instead of warning kids about strangers, a child psychologist based in the US, Nancy McBride, asked them to bring up scenarios like asking a child: “What would you do if a man you don’t know offers you sweets and a ride home?”

“Have the child explain what they would do, then guide them to the proper course of action. Since the vast majority of child abduction cases involve someone a kid already knows, you might also adopt the safety mantra for kids: ‘If anyone makes you feel sad, scared, or confused, you need to tell me right away.’”

When your child is struggling to build a block tower or finish a puzzle, it is natural to want to give them a hand. However, a professor emeritus of psychology at Drexel University in Philadelphia, US, Myrna Shure, advised not to.

“If you jump in too soon, that can undermine your child’s independence because they will always be looking to others for answers.

“Instead, ask guiding questions to help them solve the problem: ‘Do you think the big piece or the little one should go at the bottom? Why do you think that? Let’s give it a try,’”

she wrote on parents.com.

“You’d better do what I say or else”

Without a doubt, this sounds more like a threat than anything else, said Turner.

“Using fear to discipline children is unhealthy and usually backfires. Simply explain why you’d like something done and they’ll be more likely to comply. Instead, try saying: ‘Please do so-so because of so-so,”

Additionally, Turner said telling a child, “Because I said so” or “Because I’m an adult and you’re a child” was wrong.

“The my-way-or-the-highway approach may have been one used for a very long time but that does not make it the right way to discipline children. It also makes children feel like their opinions aren’t valid simply because they are young. Instead, try explaining why you feel a certain way about something,”

“You live under my roof so you follow my rules”

Using the words, “You live under my roof so you follow my rules,” for a child is said to be wrong.

Turner stated, “This is another thing a lot of parents love to say and it’s very similar to ‘this is my house; you’re just living in it.’

“Both of these statements make your child feel unwelcome in their own homes and make them feel borderline burdensome. Instead, try saying: ‘You know the household rules. Please stick to them.’”

“That’s how I was raised”

Although parents learn a lot about parenting based on how they were raised, it’s closed-minded to reject a child’s request or condemn their actions by saying “that’s how I was raised.”

Instead, explain to your child why you feel a certain way rather than being quick to shut them down with that line. You can use it as an example, but it should not be your main argument.

Also telling a child, “you’re just like your mother/father,” is wrong, according to Turner.

“Using this line on your child not only lets them know that what they’re doing is wrong, but makes them feel that they inherited it from one of their parents and that they shouldn’t be accountable for their actions. It also lets your child know about the grievances you have with their other parent which can result in them feeling somewhat divided,”

A child’s self-esteem can really take a knock when they are told this. Whether they are compared to a sibling or anyone else for that matter, it makes them feel like they are not enough.

“Never compare your child to others to persuade them to do something,” Turner said.

Also, telling children that “You’re too young to think about this” is a way of shutting down their curiosity, which could make them less likely to ask questions in the future.

“They may also seek answers from other sources that may not be as trustworthy. Instead, if a child asks a question that you are not ready to answer, tell them: ‘I’m not ready to discuss this with you now but one day we’ll definitely talk about it. And if you’re ready and feel that they’re old enough, just answer their questions,”