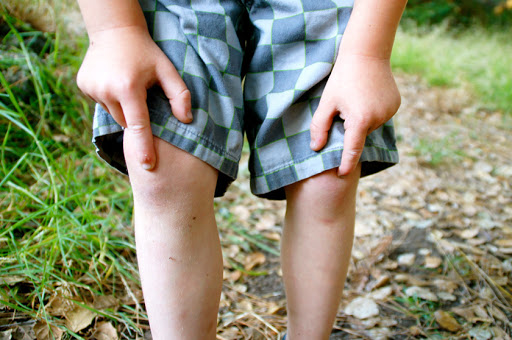 Rheumatologists say children and young adults under the age of 16 years can develop arthritis. Arthritis simply means pain and swelling of a joint.

According to experts, one in 10 arthritis patients is a child. The most common type of childhood arthritis is juvenile idiopathic arthritis, also known as juvenile rheumatoid arthritis.

The experts noted that childhood arthritis can cause permanent physical damage to joints. This damage can make it hard for the child to do everyday things like walking or dressing and can result in disability.

This experience, experts say, is contrary to what most people believe that arthritis only afflicts the elderly.

Physicians, however, say arthritis can be easily managed with proper treatment and a healthy lifestyle.

A Consultant Rheumatologist at the Lagos State University Teaching Hospital, Ikeja, Dr. Hakeem Olaosebikan, noted said the causes of arthritis in children are not generally known, but may be due to exaggerated immune systems as seen in lupus and juvenile idiopathic arthritis.

Dr Olaosebikan said the symptoms of arthritis in children include;

He added that sometimes, such patients may have rashes, fever, and their internal organs and eyes can be affected.

“Arthritis can cause leg pain. Arthritis is pain, swelling, and stiffness that originate from joints and this can extend to the surrounding parts of the body, including the legs.

“Arthritis due to autoimmune disease can’t be outgrown. The patient can, however, be treated and managed with effective drugs.

“There are effective drugs for treatment and management. Physiotherapy is also important in the management of such children.

“Unfortunately, there are no preventive methods because the immune proteins for getting this disease are usually inherited from parents,”

Adding, he said if the condition is left undiagnosed and untreated, it can lead to joint deformities, disability, blindness, and organ failures.

“Arthritis in children is usually not serious if diagnosed and treated early. However, if untreated and undiagnosed, complications are joint deformities, disability, blindness, and organ failures.

“The diagnosis of arthritis in children is by the combination of swollen and painful joints and blood tests, including X-rays of the joints and ultrasounds.

Speaking on his clinical experience, Olaosebikan said one in 10 patients with arthritis is likely to be kids.

According to him, there are seven types of arthritis in children, based on the number of joints involved and the pattern of joint involvement.

“There’s no cure for juvenile idiopathic arthritis, but there are many treatments including medication, physiotherapy that can help slow it down,”

“Children can develop arthritis. There is a misconception that arthritis is for old people. Arthritis simply means pain and swelling of a joint.

“There are many causes of arthritis and some are more prevalent in children. An example is juvenile idiopathic arthritis,”

Osazenomwan said. He said the onset of the disease depends on the type of arthritis.

“The causes vary from genetic to environmental factors. In a number of cases, the cause is idiopathic (unknown).

“An example of genetic factors is a case where a mother with a condition called systemic lupus erythematosus gives birth to a child with neonatal lupus.

“Environmental factors will include diet, as an obese child can develop a type of arthritis,”

Why Men Are More Likely To Die From Diabetes Than Women, According To Experts + Ways To Avoid Risk Factors

“For example, patients with Osgood-Schlatter disease will have knee pain or pain just below the knee, while those with slipped upper femoral epiphysis will have pain in the hip and a limp,”

Osgood-Schlatter disease is a common cause of knee pain in growing adolescents. Osazenomwan noted that complications from the condition depend on the type of arthritis.

“Managing arthritis in children depends on the type the patient presents with.

“Generally, analgesics, corticosteroids, and disease-modifying drugs are administered. Conservative measures such as exercise and physiotherapy can be used. Surgery may be required in some instances,”

He, however, emphasised the need for exercise and dietary regulations or restrictions, as the case may be.

“As a general rule, obesity should be avoided and healthy eating should be encouraged, “Osazenomwan said.

According to the World Health Organisation, rheumatoid arthritis is a chronic systemic disease that affects the joints, connective tissues, muscle, tendons, and fibrous tissue.

“It tends to strike during the most productive years of adulthood, between the ages of 20 and 40, and is a chronic disabling condition often causing pain and deformity,”

It added that rheumatic or musculoskeletal conditions comprise over 150 diseases and syndromes, which are usually progressive and associated with pain.

“They can broadly be categorized as joint diseases, physical disability, spinal disorders, and conditions resulting from trauma.

“Musculoskeletal conditions are leading causes of morbidity and disability, giving rise to enormous healthcare expenditures and loss of work,”