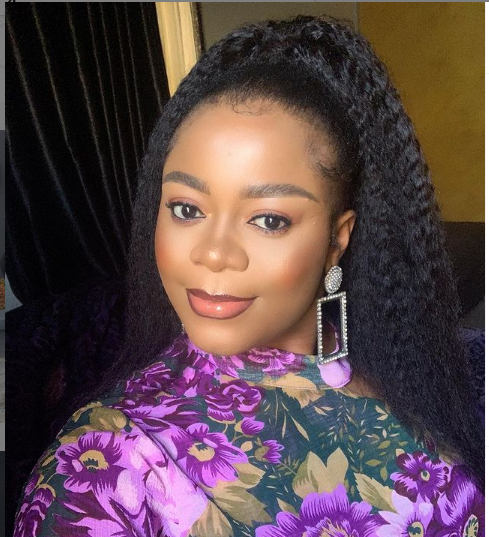 Actress Didi Ekanem took to Instagram to say that police harassment in Nigeria has not ended and she narrated a horrific encounter she had that left her in tears. She admitted she broke the law by making a “one way U-turn” on her way out.

The actress further narrated that before she completed the turn, “10 heavily armed” task force men pointed guns at her, opened her door, and threw her out of the driver’s seat. This was at about 10 am, she said.

Didi further stated that the policemen made her ride in the back of her car with other officers and took her to an unknown location where the officers told her they had to wait for their commander.

As they waited, she said one of the officers tried to touch her breasts and when she warned him, he said he was only trying to help. The commander eventually came at about 3 pm and took her to Alausa, Ikeja, then allegedly proceeded to make sexual passes at her.

When she refused, she said he fined her a huge sum. She added that while she was there, she witnessed them harass and extort others who they also detained.

She concluded that the EndSARS protests which held to address these same issues had no impact.

Read her posts below: 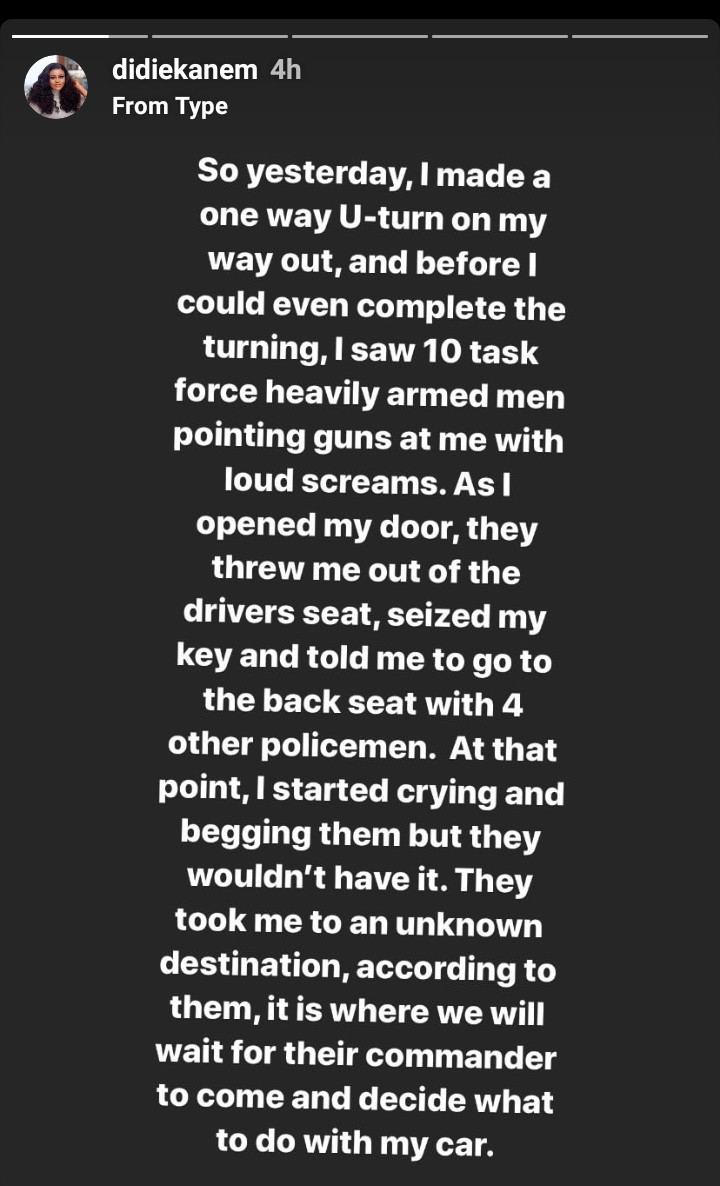 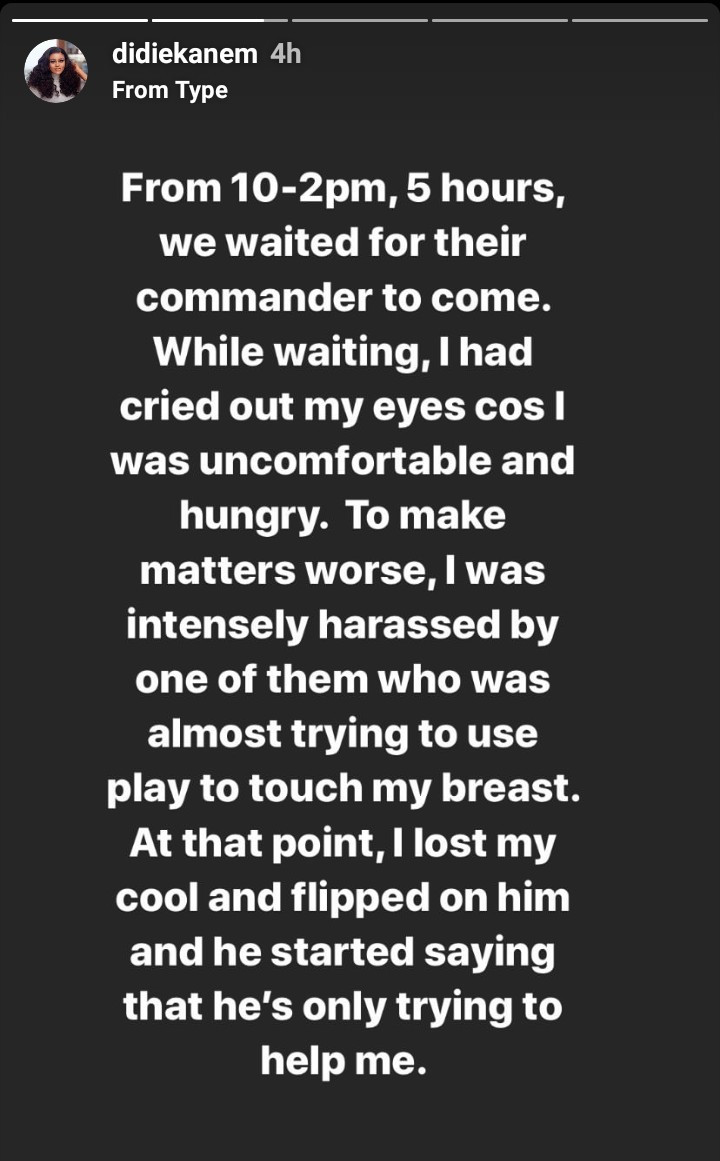 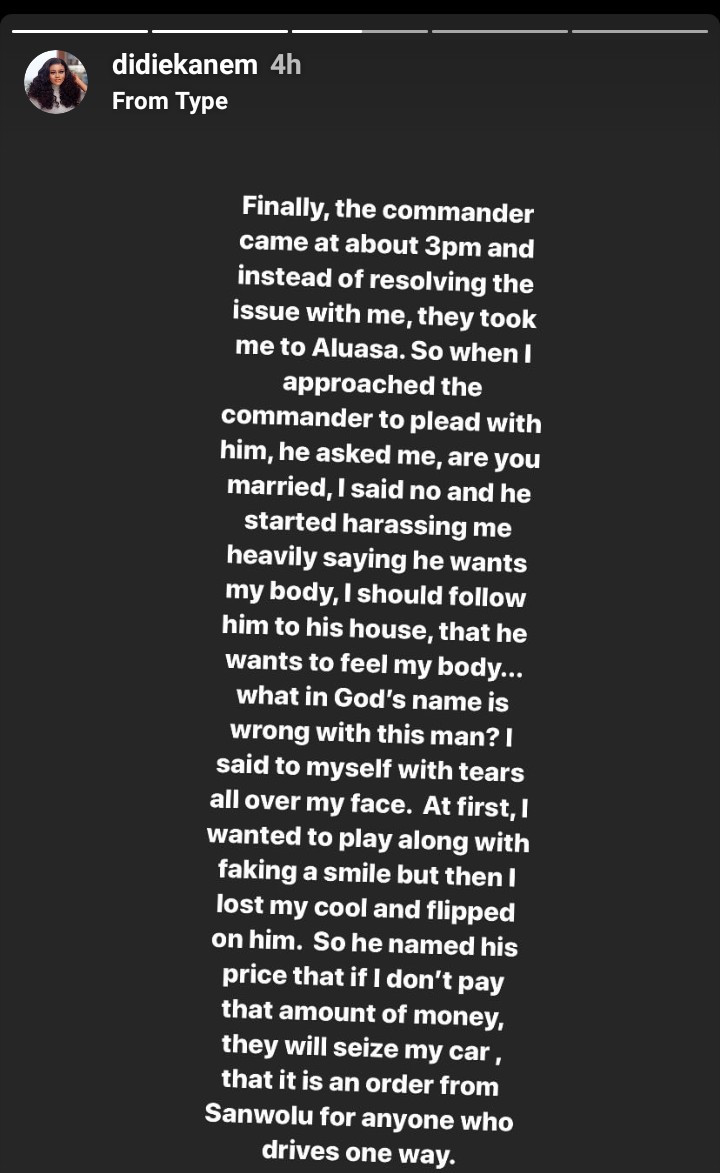 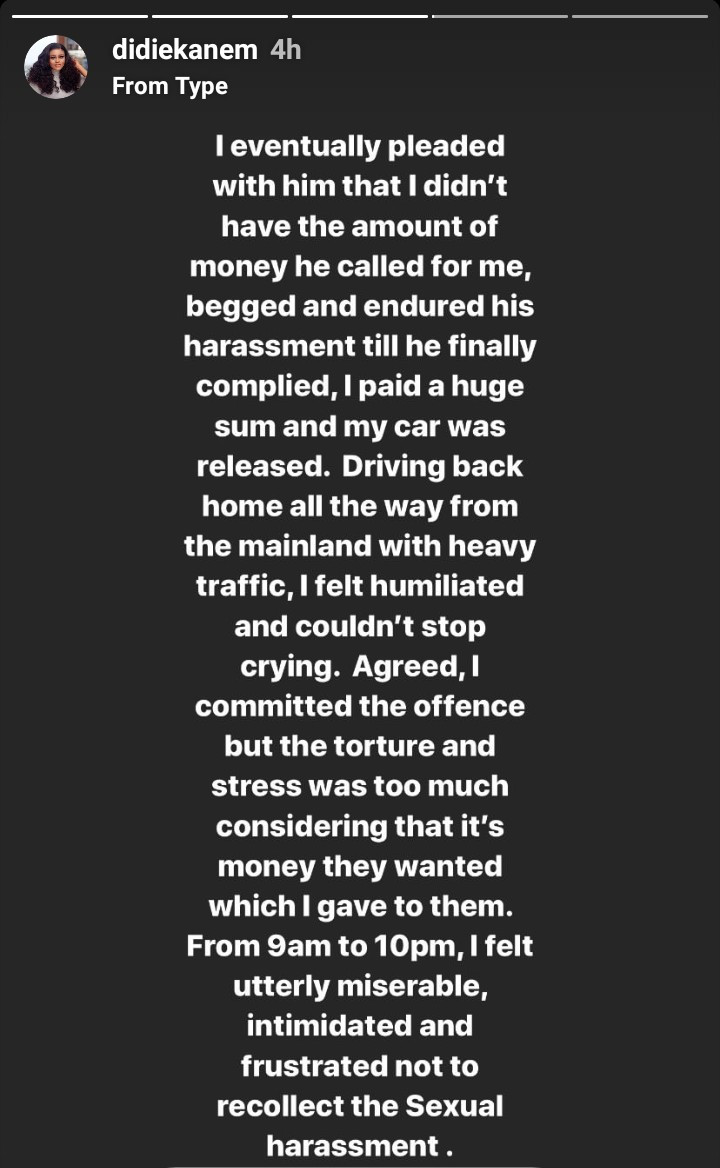 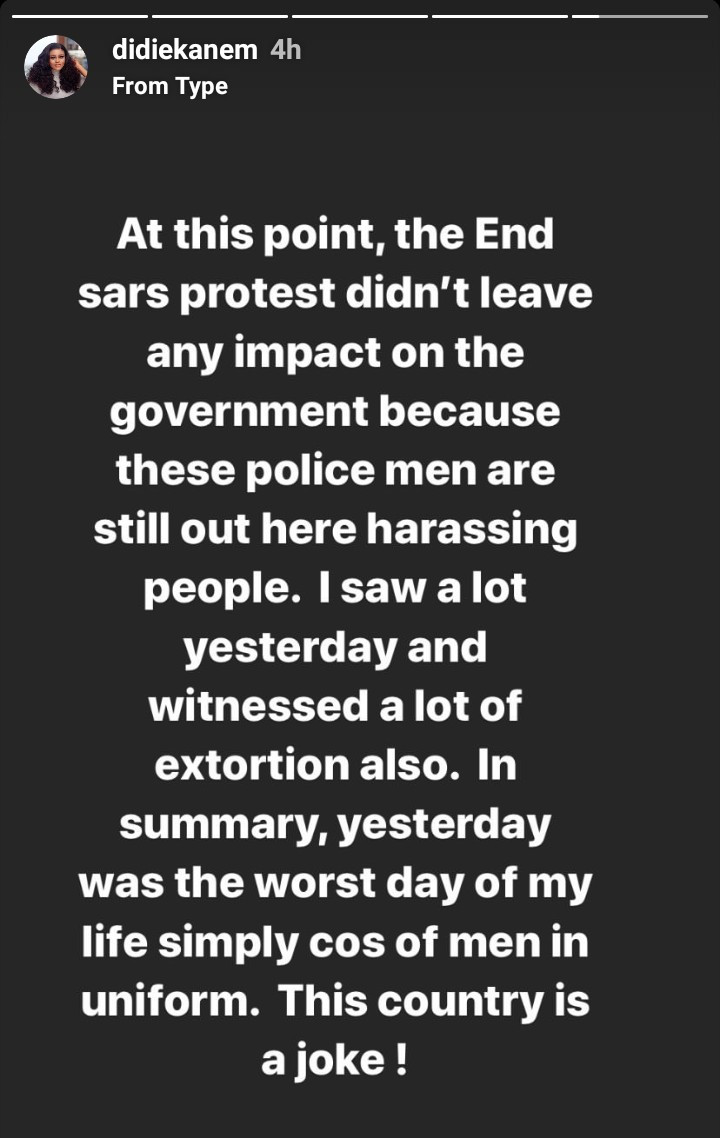