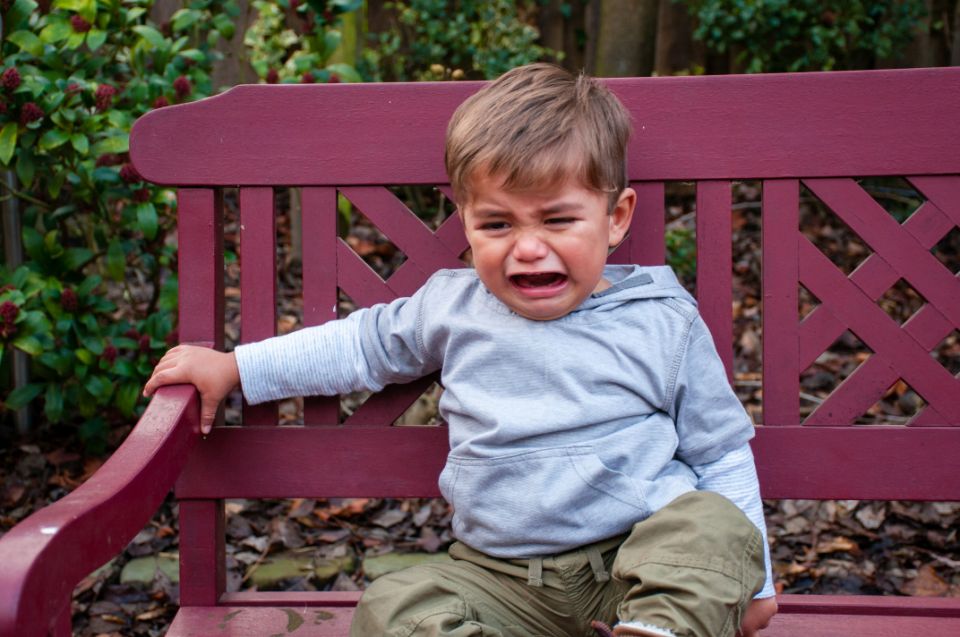 Tantrums are common with toddlers. One moment they are happy and playing, the next moment they are screaming and rolling on the floor when they aren’t getting what they want.

Estimates suggest that up to 90% of toddlers have them, and researchers also have a pretty clear grip on why, like right down to the nitty-gritty neuroscience of it all.

But knowing that tantrums are common, and having an understanding of why, still doesn’t help all that much when you’re trying to console a toddler or preschooler who is howling and shaking with rage.

Tantrums test us as parents, and that’s particularly true during a pandemic that has upended family rhythms and caused a lot of kids to regress.

Fortunately, a team of researchers with Yale University has released findings from a pilot study that could be something of a game-changer on the tantrum front, creating a virtual program that limited disruptive behaviors and reduced overall irritability in young kids who tend to really struggle with both.

Twelve families who participated in the study said they saw a significant drop in angry outbursts and tantrums and made major strides in being able to stay calm in the face of frustration, said Denis Sukhodolsky, an associate professor with the Yale Child Study Center.

The children involved in the study all have either oppositional defiance disorder or disruptive mood dysregulation disorder. Sukhodolsky said he believes the pilot program is promising in that it could potentially be rolled out for parents around the country to access without a referral to a trained clinician with a particular skillset that may be difficult to find.

The Yale study recognizes that tantrums are an “important standalone target for mental health,” Sukhodolsky said. And all parents can help their children manage tantrums, whether the outbursts rise to the level of a clinical problem or not, he added.

HuffPost Parents spoke with Sukhodolsky about his team’s new findings — and what parents can do to stop tantrums in their tracks right now.

So what exactly is your “online tantrum tool”?

Our program is a sequence of eight modules with a series of easy-to-consume video animations that illustrate, for parents, the most common strategies for recognizing and managing children’s tantrums. Parents do them at their own pace, and they’re combined with three telehealth visits.

It’s actually based on parent management training, which has been around for 50 years or so. But unfortunately, it has not been very easily available to parents.

Families who are concerned about tantrums may start by going to their child’s pediatrician, but it can take a great deal of effort to then get access to behaviorally trained clinicians who can deliver this in a structured, systematic way.

One of the challenges as a parent is knowing when the tantrums or outbursts your child is having are “normal” and when they’ve crossed a line. What are some red flags?

We don’t want to pathologize tantrums. They are a typical part of childhood development. And when you’re looking at kids ages 2 to 4, they all have tantrums sometimes. Different families have different levels of tolerance for their children’s behaviors.

Even if a child is having multiple meltdowns daily, but they’re able to calm down and transition to the next thing without much impact or interference, that could still be developmentally appropriate. But if tantrums are lasting longer than five, 10, 15 minutes — and after the tantrum the child stays upset — that could be a signal [that something more serious is going on].

It is also important for parents to consider how long the behavior is present. You should not get alarmed if a child is having one or two tantrums a day for a week, but if it is happening for several months, that could be a signal.

Your pilot program isn’t something parents everywhere can just sign up for — yet. So what are some strategies parents can borrow from it right now?

When a tantrum actually happens, the key for parents is to stay calm themselves and model appropriate stress management reactions. I know that is difficult to do! Take a deep breath. It’s important to know yourself as a parent, and be realistic. We are living through challenging times right now, so it is important to adjust expectations for yourself and your child.

Another important piece is praise. When children are behaving well — particularly young children — it’s important to comment on that. Say: ‘Good job. Nice job staying quiet, or looking at that book, while Daddy was cooking dinner.’

Praise is also very important when a tantrum is over. Say something like: ‘Hey buddy, good job calming down. It was stressful, and I’m glad you were able to do that.’ It goes against our nature, where we’re all a little worked up after an unpleasant interaction, but the goal for parents is to take a deep breath, know when the tantrum is over, and recognize that getting over a tantrum is an accomplishment for a child.

So the goal is not necessarily that young kids will stop having tantrums altogether; it’s that they’ll get better at working through them?

Children learn over a period of time. That is true for any activity of daily living that might be frustrating for kids and where there is potential for a tantrum to develop, like getting dressed, brushing their teeth. All of these skills take time to develop, and parents may need to break them into small steps and praise their children along the way.

Developing tolerance for frustration is a skill. We all have our own personalities that may predispose us to certain styles, but navigating stress and frustration is something we can learn. And even if someone is sensitive to frustration, they can still master these skills.