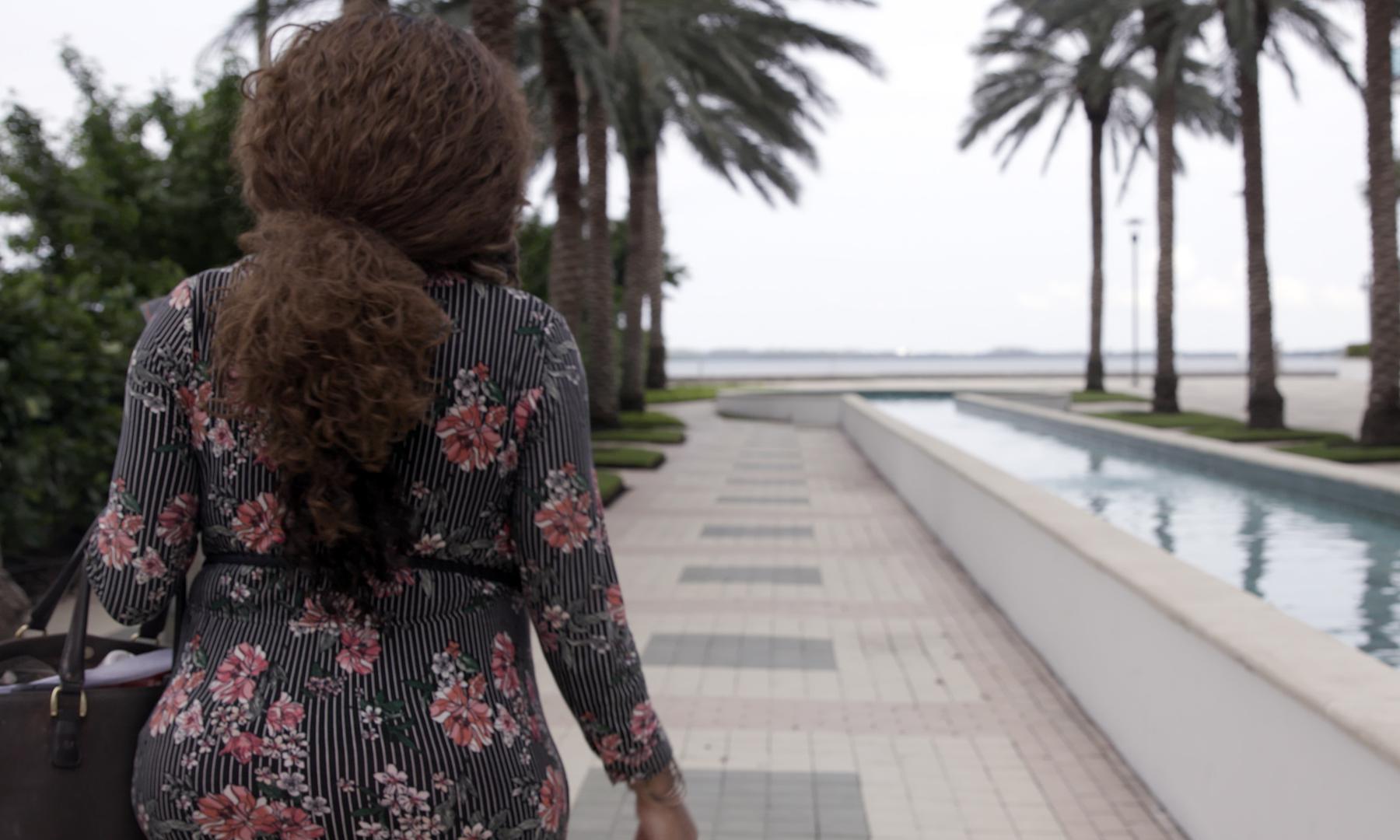 The knowledge of being HIV-positive, for anyone could be life-altering. It becomes even more devastating when the virus was contracted following a procedure believed would ensure that a quest for tertiary education was not truncated.

That narrative practically fits the predicament of Priscilla, a mom-of-three that has been living with the virus for about 17 years.

The 45-year-old, Kogi State indigene said she got infected in 2003 after a blood transfusion, following a botched abortion procedure that almost killed her. She recalled:

“I was a student at the time the abortion was carried out. I didn’t want to have the baby because I promised my parents nothing would stand in the way of my tertiary education.

“I was dating my husband then, and after that particular abortion, we agreed not to have another one because of what I went through.

“I became very sickly and suspected something was wrong after I received about two pints of blood.”

Priscilla said no ailment was discovered after several tests were conducted. The Mass Communication graduate got to eventually know she was HIV-positive in 2006, when she became pregnant and had to register for antenatal.

However, being aware of her HIV status has reshaped her perception about the disease, and has transformed her into a subtle advocate against spread of the virus. She admitted:

“Although getting to know initially dealt me a heavy blow, it later became a blessing, because it prevented my husband and children from contracting it.

“It changed my perspective about life. Through me, several people have been able to know their HIV status.”

Priscilla, a cosmetologist, while exclusively speaking with PUNCH HealthWise, at the Nigeria Institute of Medical Research in commemoration of the World AIDs Day, said fear of stigmatisation, especially against her immediate family, was the primary reason she kept her HIV status a secret.

The human immunodeficiency virus (HIV), according to World Health Organisation is a disease that targets the immune system and weakens people’s defence against other infections.

It noted that the virus destroys and impairs the function of immune cells, making infected individuals to gradually become immunodeficient

The WHO explained that HIV can be transmitted via the exchange of a variety of body fluids from infected people, such as blood, breast milk, semen and vaginal secretions.

It further noted that the most advanced stage of HIV infection is Acquired Immunodeficiency Syndrome (AIDS), adding that it can take many years to develop if not treated, depending on the individual.

The WHO advised individuals to limit certain behaviours and conditions that can put them at greater risk of contracting HIV, adding,

Also, Professor David Olaleye, a virologist at the University of Ibadan, said staying away from risk factors that increases chances of HIV infection, has more to do with lifestyle modification and behavioural change

Olaleye noted that behavioural challenge, poor knowledge and attitude to health issues, and poverty remain big factors that fuel the spread of HIV.

Further recounting her ordeal, Priscilla said when she went for results of tests she submitted to in order to fully register for antenatal, she was led to the office of a male doctor where the news was broken to her.

“I was three months pregnant then. I broke down and cried uncontrollably,” Priscilla recalled.

“As a pregnant woman registering for antenatal, you are expected to undergo a series of tests that include that of HIV.

“I was devastated and felt like a brick was placed on my shoulder. I almost committed suicide. The only thought on my mind at the time was to drink insecticide.

“My mind was filled with what people’s reaction would be if they found out about my HIV status. I was scared of rejection, especially from my immediate family. I wondered how I would live the rest of my life with the disease

“Going home became the hardest decision I ever made, because I didn’t know how to break the news to my husband.

“Before getting home, I called to tell him that something urgent came up. Immediately my husband entered the house, I told him that I won’t blame him if he decides to end our union after telling him what the doctor said.

“After listening to me, he asked if there were other things I wanted to say. He said whether I have the disease or not, when it’s time for me to die, nothing would stop it.

“He was more worried about my health and that of the baby. With his support and counselling, I became emotionally stable and prepared to face whatever was ahead.”

Fortunately for Priscilla, by the time she gave birth six months later, the baby was HIV negative. She disclosed that a medical team took extra precaution to guard against mother-to-child transmission by placing her antiretroviral drugs (ART) to reduce the viral load. Also, she was not allowed to breastfeed her newborn.

Speaking on how safe it is for HIV-positive mothers to breastfeed, Prof. Olaleye, it is pertinent to identify maternal HIV infection before or during pregnancy to reduce the chances of mother-to child infection, especially through breastfeeding.

Underscoring the danger of women not being aware of their HIV status, he said management of perinatal HIV transmission is a complex issue, but is easier to navigate when a woman goes through necessary therapeutic procedures for HIV treatment, and is given antiretroviral medications effective at preventing mother-to-child transmission.

Buoyed in spirit and with a defiant attitude, the cosmetologist said she psyched herself to live above the limitations that HIV seems to foist on people living with HIV/AIDs (PLWHA).

Priscilla told PUNCH that she returned to school for her masters, and went on to have another son.

“The first is 13 and second, eight. My children and husband don’t have the virus and they are aware of my HIV status.

“No other person is aware of my HIV status, not even my parents. I must admit that life has not been easy because I have been unable to fulfil some of my dreams.

“I have always dreamt of living abroad and was working towards it. When I learnt that PLWHA are automatically disqualified from getting a visa, I felt discouraged.

“I adapt easily to any situation I find myself and refuse to allow my HIV status to define me. I look at the disease like normal malaria or headache,”

Priscilla lamented that her greatest pain about being HIV positive is the stigma attached to the disease. She said fear of rejection has turned her into a recluse, as she finds it difficult to visit family members and friends.

Nigerian Woman, Fatima Gets Real About How Her Sex Life Changed After Marriage And Having Kids

“The stigma faced by people living with HIV/AIDs (PLWHA), sometimes deflates my spirit. I still worry about people getting to know that I have the disease. This has made it difficult for me to visit people and stay overnight or travel.

“I get scared that they might search my bag and see my drugs. I don’t feel comfortable having to hide to take them. I am scared of people becoming inquisitive when they notice I am on medication. When going to my business place, I hide the drugs in my bag.

“I can’t declare my status because of stigma. I have to protect my children and husband from being silently ostracised,”

According to UNAIDs, during a Human Rights Council Social Forum on October 3, 2017, PLWHA who experience high levels of HIV-related stigma are more than twice as likely to delay enrolment into care as people who do not perceive HIV-related stigma.

SEE ALSO: How Beautiful Mom-Of-1, Brenda Motsumi Got Infected With HIV And The Good She Claims Is In It For Her

The mother-of-two said contrary to the belief that PLWHA are always sickly and thin, that she barely falls sick.

She attributed her healthy state to a positive mindset, noting that fear of the unknown after testing positive and over thinking has the ability to kill faster the virus.

She noted that expectedly, surviving the disease comes with making sacrifices by abandoning certain life pleasures and lifestyle modification. She said,

“It is not a death sentence. HIV doesn’t kill. It is the negative thought process that kills. You just have to remove your mind from it to stay alive.

“Usually, a day before my clinic appointment, I would not be able to sleep. But the moment I get to the clinic, get my drugs and see the counsellor, I feel better.

“PLWHA have to stop living negative lifestyles to stay healthy and alive. They have to stop drinking alcohol and smoking. They must eat very well, take lots of fruits and vegetable and water,”

Asked if working as a beautician doesn’t expose her unsuspecting clients to HIV infection, Johnson explained that she usually puts on hand gloves and avoids doing any procedure that involves the use of sharp objects.

Speaking on her expectations as the World’s AIDs Day is being commemorated, Johnson said relevant health agencies should use the opportunity to reach out to PLWHA and offer mental support.

She also emphasised the need to aggressively create awareness for people to get tested.

Priscilla said becoming aware of her HIV status awakened her spirit to dangers of being in the dark about the virus, and automatically turned her into an advocate in the fight against HIV.

“People have to know their HIV status. They are more at risk by not knowing. Most people have the virus, but are not brave enough to go for a confirmatory test. They are very sick and would prefer to waste away than accept that they could have it.

“I have persuaded six people to get tested and they were positive. I became more aware by becoming aware,”