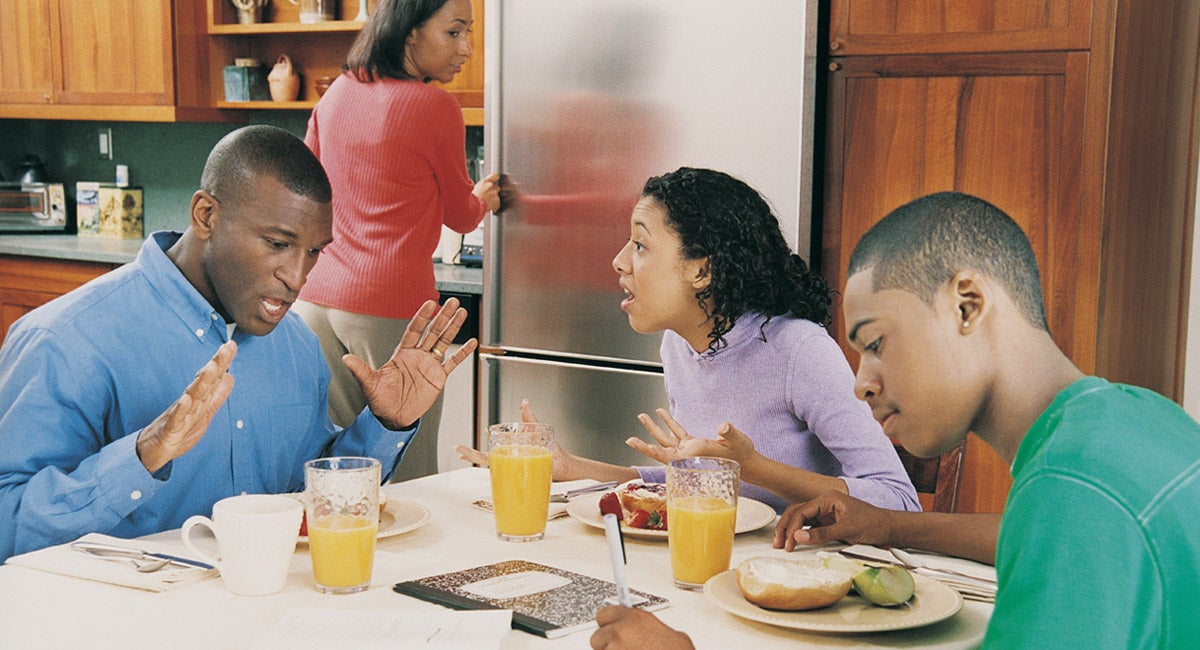 The stepdad took to Reddit’s “Am I the A*******” forum for advice and the response was mixed. The man became a stepfather to two adult children after marrying their 44-year-old mother, Janice.

Trouble started when he offered to pay for her stepson’s college and not his stepdaughter’s, and this has left the family divided. He wrote:

Jonas was really excited to meet me, but Lucy wasn’t. She was mean to me and overall distant. She made some inappropriate comments like ‘why do you even bother, when you will eventually leave my mom’ or ‘my mom is better off without you.’

I tried to bond with her, but I never forced her to do anything. She is an adult and when she said she doesn’t want to talk to me I respected that. On the other hand, me and Jonas really bonded.”

After they got married, Janice moved into his place. Lucy stopped visiting more than a few times a year but Jonas came over every other weekend. He shared further:

SEE ALSO: This Dad’s Unusual Punishments For His Teen Daughter Sparks Discussion Among Reddit Parents | Read On & Join The Discussion

“Last month both Jonas and Lucy finished college and got their degrees. They came to us and we celebrated.

“Me and Jonas were talking and I offered to pay off his student debt. I never had my own children and I have some savings so it’s not that big of a deal for me. When I spoke to Lucy she asked if I could pay for her college as well but I said I won’t.

She got upset and Janice got mad at me as well. She said that I can’t pay for one child and not for the other and that it’s either both or none. I get that, but Lucy was never interested in having any kind of relationship with me and now she wants to get money out of me. Jonas was more than nice to me and I want to help him out.”

”He (Jonas) understands why I don’t want to pay for her. He said it’s her own fault and we both think it’s odd that Lucy asked for money. Over the years she said many times that she doesn’t want to talk to me.”

Reddit ultimately declared the father “Not The A******” but users were polarized.

One user said: ”She had issues with past partners of her mom, as he mom admitted. And you’re proving her right again. I agree with her mom as well; do both or none.

It’s your money, yes, but this is blatantly unfair and taking sides. And you’re proving what she said right. All you’re going to do is alienate all of them. If you didn’t think her brother would tell her and his mother, you were dead wrong. I’m sure he didn’t like it either as that’s his sister.”

“They are not children, they are adults. One of them happens to be your friend and the other one is not. It’s OK to help out your friend,” another wrote.

“They’re adults but they are your wife’s kids and that’s how she sees them. How could you possibly think this would go over well?” someone added.

It’s only blatantly unfair if we assume that the sister is entitled to his money even after treating him like shit for 5 years.

”She is not entitled to his money. No one is. Just because she is in the same family – it does not grant her a free pass to treat him however she likes and still be rewarded at the end,” another said.