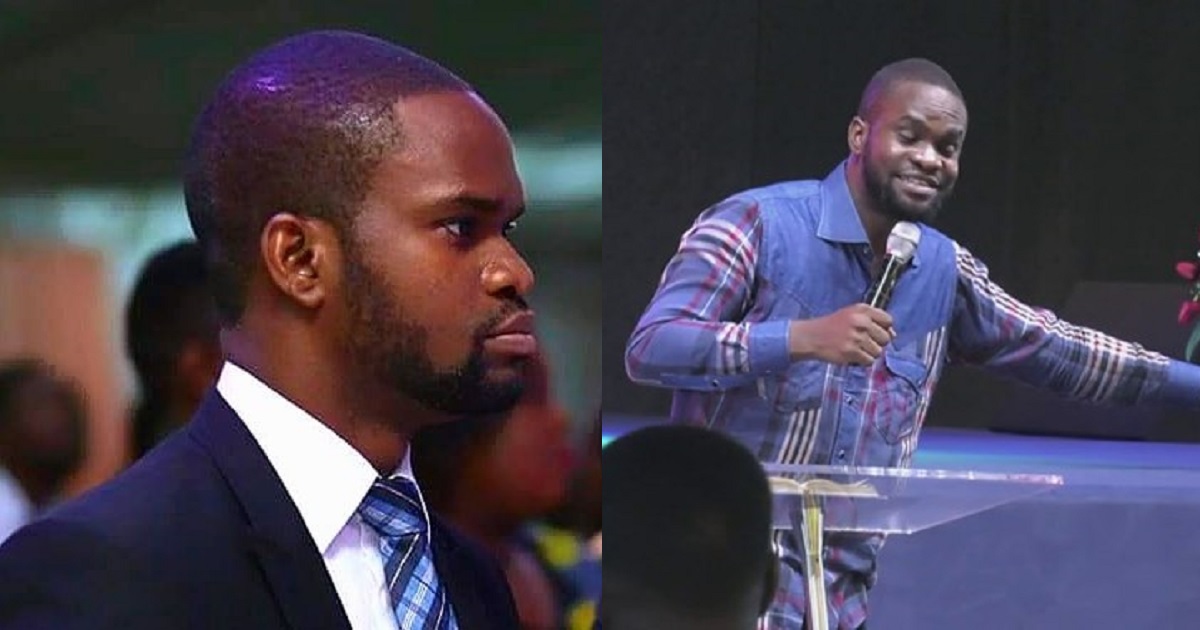 A Nigerian man who is a Pastor, Ebele Uzo-Peters, has shared his thoughts on marriage and why he thinks marriage is an accomplishment, especially for women.

Ebele in his Facebook post opined that marriage helps people become better but that it particularly adds honor to a woman. What do you think?

According to him, women lead more fulfilling lives when they are in marriage but he also noted that even men lead more accomplished lives by virtue of marriage.

Pastor Ebele added that marriage remains a blessing and an honour even though there are a number of “bitter and broken homes”. 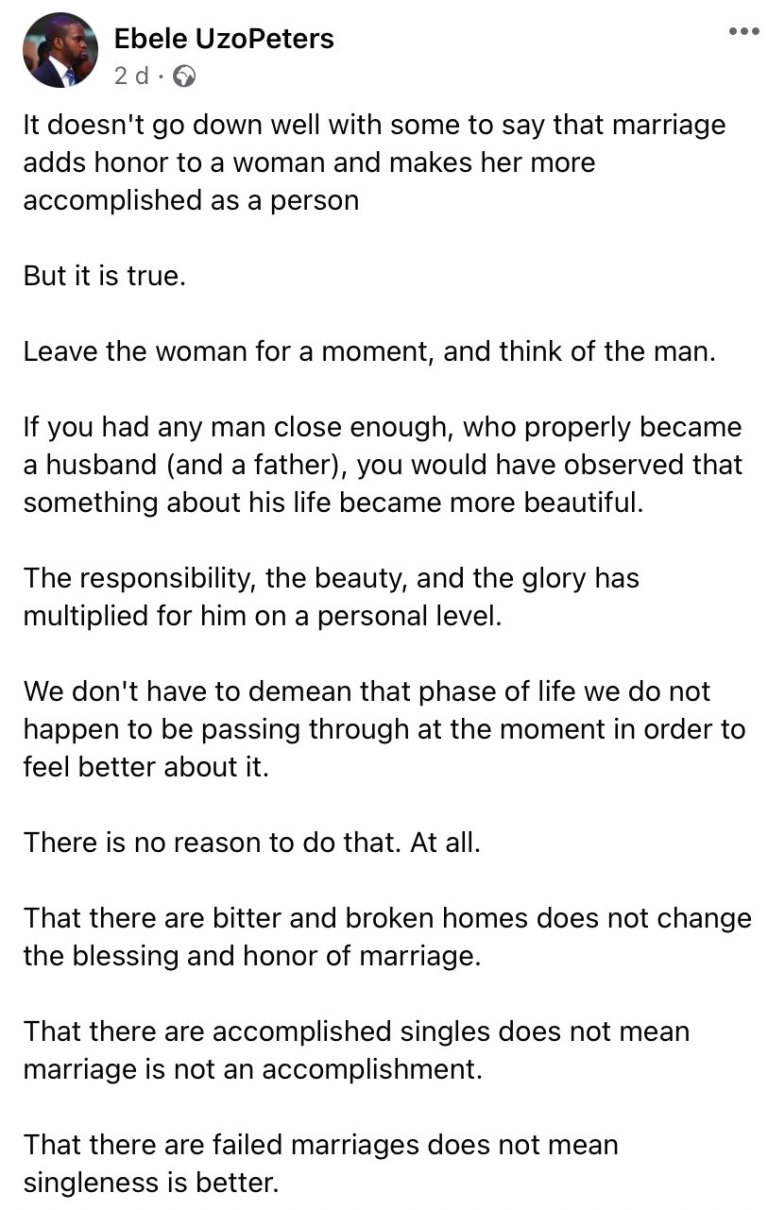