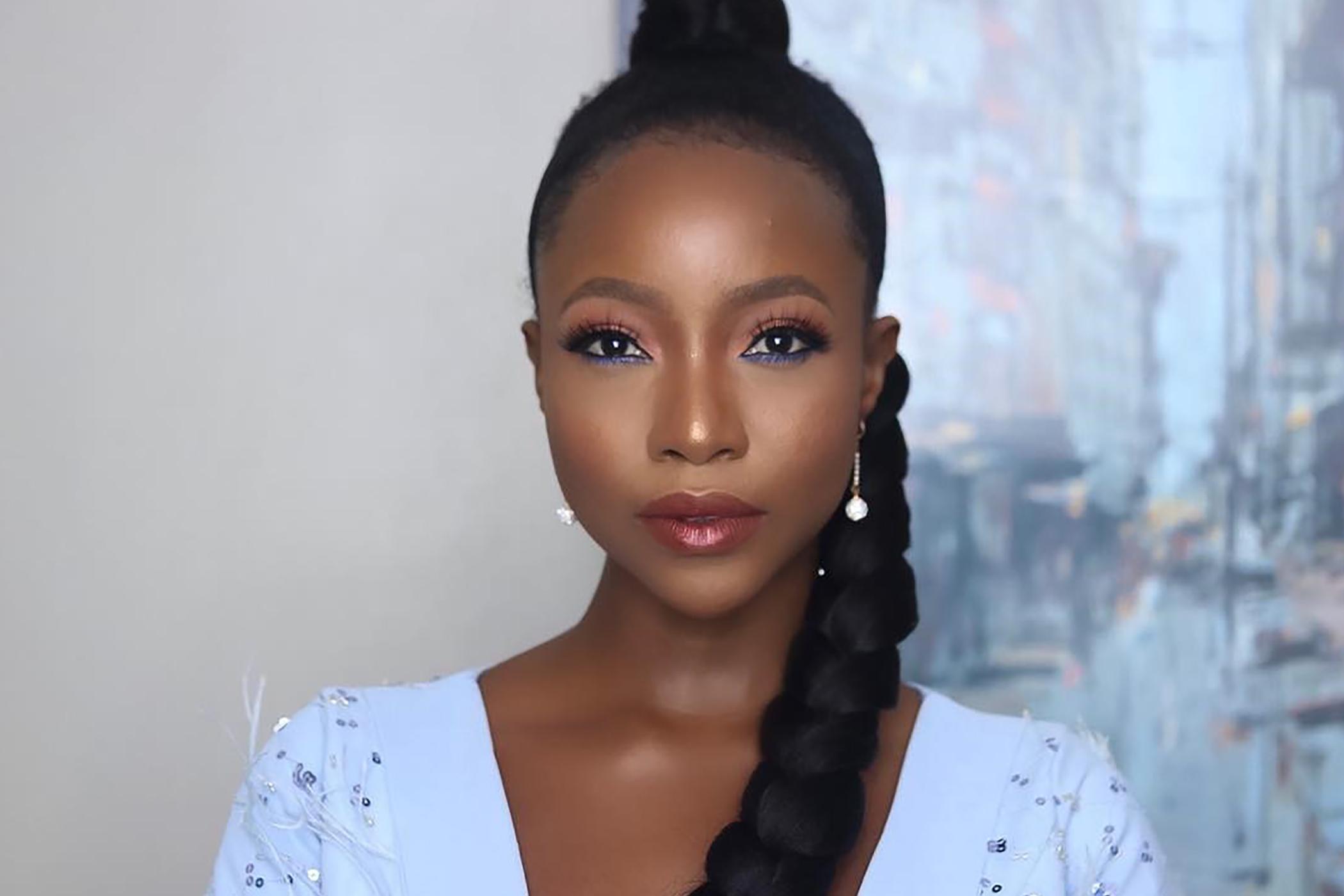 Nollywood actress, Ini Dima-Okojie, has opened up about her journey to overcoming her fibroid diagnosis. The actress who shared her story via her Instagram account revealed that she was diagnosed with fibroid in 2017 but put off treatment while adopting a healthier lifestyle, just in case that could help.

She allayed the fears of her friends and fans as she noted that she is currently recovering from surgery, while also taking the chance to reach out to other women struggling with fibroids.

In a video that chronicled her battle with the ailment, she took to the caption section to state,

“My journey with fibroid. Hey Guys, I know it’s been a minute!

I want to share something quite personal with you but I think it’s important because this is something that apparently affects about 6-8 in every 10 black women but no one talks about it.”

In the post, she noted that she was scared when the doctors told her she had fibroid.

“I found out I had fibroids in 2017, I remember freaking out so much. The first gynaecologist I saw said if it wasn’t really bordering me he would advise I leave it alone but that I had better go and quickly get married.

“Anyways, fast forward to March 2020, the bulge on my lower belly had gotten bigger and my new gynaecologist advised I take out the fibroids.”

Ini Dima-Okojie said that at the point she was meant to have the surgery, the COVID-19 pandemic had become a serious issue worldwide so her operation was delayed.

“Then Covid happened and we had to put the surgery on hold. In the meantime, I tried other things like herbs, clean diet, exercise.

“Now fast forward to November, the bulge in my tummy had now increased significantly so I decided to go do another pelvic scan and was told I had to get an MRI because the fibroids were now bigger than what the ultrasound machine could adequately measure.

Bottom line I had to have the surgery as soon as possible. I had the surgery, it was successful and I’m now healing slowly but surely. I just want to thank God Almighty for showing up and showing out for me!”

The North East star seized the opportunity to thank her strong support system as she put it.

“I want to thank my family and friends especially my mum and my Aunty Biola who moved into the hospital and never left my side.

I want to thank Dr Esue and all the doctors and nurses at Cedarcrest hospital for taking such good care of me.

And finally, I want to thank you guys who have been sending me messages, wondering if I’m okay and praying for me anyway,”

She also shared a word of encouragement with women who are still battling fibroid.

“To the women out there dealing with fibroids. I know what a lonely road it can be not to talk of the pain and discomfort and then there are the ignorant ‘congrats on your pregnancy’ comments to deal with. It’s okay they don’t know any better.

I want you to know that my DMs are opened to you. If you want to ask questions, talk or even just rant. I’ll respond once I get stronger.

“I know 2020 has been a tough year. But we are tougher!!! We’re still here, we survived!!! That alone is a huge feat. Let’s remember to be kind to ourselves and others. 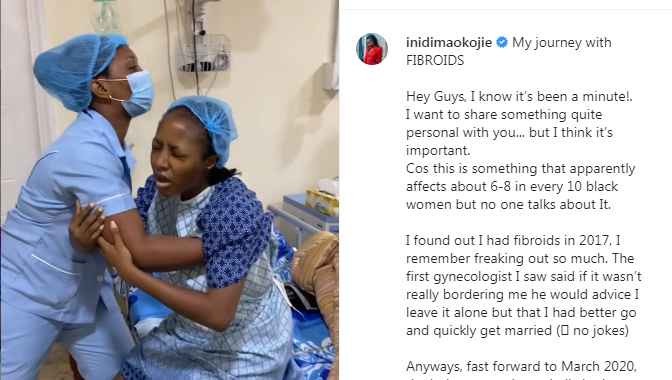