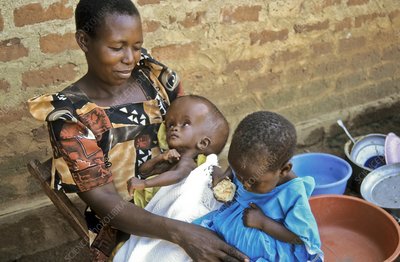 Experts have explained why some children develop brain malfunction. According to the Neuroscientists, genetic variation in genes is the cause of Chiari 1 malformation (CM), a common disorder that occurs in about one in 100 children.

The experts noted that children usually grow up normally with no one suspecting a problem, but that about one in 10 of them, the condition causes headaches, neck pain, hearing, vision and balance disturbances, or other neurological symptoms.

The scientists pointed out that a lot of kids that have autism or developmental disorders may have undiscovered CM.

Also, they noted that children with unusually large heads are four times more likely to be diagnosed with the neurological condition than their peers with normal head circumference.

The study, carried out by scientists at Washington University School of Medicine, St. Louis, United States, was published in the American Journal of Human Genetics, a monthly peer-reviewed scientific journal.

The researchers explained that their findings could shed more light on the development of the common but poorly understood condition, and can lead to new ways to identify people at risk before the most serious symptoms arise.

Speaking with PUNCH HealthWise about the anomaly, a renowned medical researcher in neurocardiology and neurosciences, Dr. Chidi Njemanze, said it is a very severe defect and that not much can be done to have it corrected.

He said the condition is not peculiar to the western world, adding that it also exists in Nigeria and Africa as a whole.

Dr. Njemanze explained that Chiari malformations are structural defects in the base of the skull and cerebellum, the part of the brain that controls balance.

He noted that usually, the cerebellum and parts of the brain stem sit above an opening in the skull that allows the spinal cord to pass through it – the foramen magnum.

He said when part of the cerebellum extends below the foramen magnum and into the upper spinal canal, it is called a Chiari malformation.

“It is a diagnosis that can be drawn based on brain scan.

“If the tonsils of the cerebellum descend so much and exert so much pressure on the spine and brain stem, the compression can result in unconsciousness, respiratory and cardiac depression.

“In some extremities, it can cause some level of paralysis.

“The pressures on the cerebellum and brain stem that may affect functions controlled by these areas and block the flow of cerebrospinal fluid (CSF), the clear liquid that surrounds and cushions the brain and spinal cord.

“This fluid also circulates nutrients and chemicals filtered from the blood and removes waste products from the brain,”

The neuroscientist explained that the condition has always been linked to one or two genetic abnormalities and that nothing can be done to beat the genes, adding

“The only thing is to deal with the symptoms as they present to ameliorate its effects.

“Most times, people with the condition have one extra finger (Polydactyl), cognitive defect or visual problems.

“CM has several causes. It can be caused by environmental factors, in which strong industrial chemicals cause gene aberration in utero (womb).

“Most often it is caused by structural defects in the brain and spinal cord that occur during fetal development.

“This can be due to genetic mutations or a maternal diet that lacks certain vitamins or nutrients, and this is called primary or congenital Chiari malformation.

“There is the secondary or acquired CM, which can be caused later in life if spinal fluid is drained excessively from the lumbar or thoracic areas of the spine either due to disease, traumatic injury or infection.

“It can also be due to a defect from encounter through the generations and it can be recessive, which means it doesn’t appear in all generation.”

The senior author of the study and an assistant professor of Neurosurgery, of Neurology and of Genetics, Gabriel Haller, noted that several times people have recurrent headaches, but they don’t realize a Chiari malformation is the cause of their headaches.

“And even if they do, not everyone is willing to have brain surgery to fix it. We need better treatments, and the first step to better treatments is a better understanding of the underlying causes,”

Haller said if people start experiencing severe symptoms like chronic headaches, pain, abnormal sensations or loss of sensation, or weakness, the malformation is treated with surgery to decompress the Chiari Malformation. He said,

“There’s an increased risk for CM within families, which suggests a genetic underpinning, but scientists understand little about the genetic alterations that contribute to it.

“We were able to identify two causal genes, and we also discovered that people with CM have larger head circumference than expected.

“It’s a significant factor, and easy to measure.

“If you have a child with an enlarged head, it might be worth checking with your pediatrician.”

Haller revealed that his research team, which include professors of paediatrics neurosurgery, neurology , among others, had to identify genes that cause Chiari 1 malformation by sequencing genes of 668 people with the condition, as well as 232 of their relatives. He said,

“76 of the relatives had Chiari 1 malformation and 156 were unaffected.

“Sequencing revealed that people with Chiari 1 malformation were significantly more likely to carry mutations in a family of genes known as chromodomain genes.

“Several of the mutations were de novo, meaning the mutation had occurred in the affected person during fetal development and was not present in his or her relatives.

“In particular, the chromodomain genes CHD3 and CHD8 included numerous variants associated with the malformation.

“When the researchers inactivated one copy of the fish’s chd8 gene, the animals developed unusually large brains, with no change in their overall body size.”

“Since appropriate gene expression is crucial for normal brain development, variations in chromodomain genes have been linked to neurodevelopmental conditions such as autism spectrum disorders, developmental delays, and unusually large or small heads.

“It’s not well known how chromodomain genes function since they have such a wide scope of activity and they are affecting so many things at once.

“But they are very intriguing candidates for molecular studies, to understand how specific mutations lead to autism or developmental delay or, as in many of our Chiari patients, just increased brain size without cognitive or intellectual symptoms.

“We would like to figure out the effects of each of these mutations so that in the future, if we know a child has a specific mutation, we’ll be able to predict whether that variant is going to have a harmful effect and what kind.”

Haller said his team was inspired by the association between chromodomain genes and head size, to measure the heads of children with Chiari malformations, comparing them to age-matched controls and to population averages provided by the Centers for Disease Control and Prevention.

He said children with Chiari tended to have larger than average heads, and that those with the largest heads – bigger than 95 per cent of children of the same age – were four times more likely to be diagnosed with the malformation.

Haller said their findings suggest that children with larger heads or people with other neurodevelopmental disorders linked to chromodomain genes may benefit from screening for Chiari malformation.

He noted that a lot of kids that have autism or developmental disorders associated with chromodomain genes may have undiscovered Chiari malformations.

Proffering a solution, the scientist said the only treatment right now is surgery, adding

“Discovering the condition early would allow us to watch, knowing the potential for serious symptoms is there, and perform that surgery as soon as it’s necessary.”