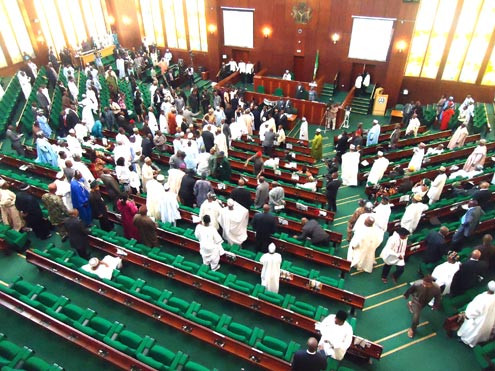 The federal government’s decision to reopen schools nationwide today, January 18 amid the increasing cases of COVID-19, has been faulted by the house of representatives panel on basic education and services.

Recall that last week, the presidential task force on COVID-19 insisted that the date for school resumption remains January 18.

The clarification was made after Adamu Adamu, minister of education, said the federal government was considering shifting the resumption date over rising COVID-19 cases.

The lower chamber of the national assembly which proposed a postponement of resumption for three months, said government officials did not consult the relevant committees of the National Assembly, contrary to their claim that all relevant stakeholders were consulted before arriving at the January 18, 2021, resumption date.

Chairman of the House Committee on Basic Education and Services, Prof Julius Ihonvbere who spoke to The Punch, said;

“They did not consult us; at least in my committee, nobody from the ministry spoke to me. I have been in Abuja. And I am not sure that they spoke to any of my members. They just don’t see us as part of the critical stakeholders.”

In a statement titled “School resumption: Are we truly prepared?” which he also issued on behalf of his colleagues, Ihonvbere wondered why government officials are rushing to reopen schools without adequate verifiable and sustainable arrangements to protect and secure children. It read;

Nigerian Airlines Announce Shutdown Of Operation | See Why And When

“The Committee on Basic Education and Services, House of Representatives, has received with concern the decision of the Federal Government to reopen schools on January 18, 2021.

“We are particularly concerned that when the infection rates hovered around 500 and under, schools were closed; but now that it hovers well above 1,000 infections daily, schools are being reopened.

Why are we rushing to reopen schools without adequate verifiable and sustainable arrangements to protect and secure our children?”