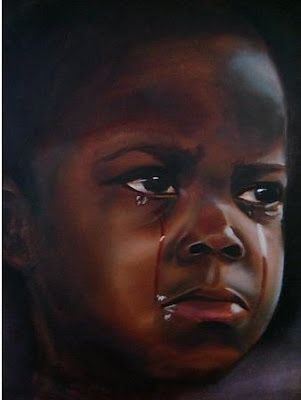 The home should be the first solution centre as far as preventing child sexual abuse is concerned, and parents are expected to be at the helm of affairs in abuse-proofing the home.

While children of this generation can be termed smart and inquisitive, it is only expected that they always want to try out anything they see someone, especially their parents do.

Often times when we talk about child abuse, we tend to read and hear stories of either relatives, neighbours, teachers or strangers being the perpetrators. Although, stories of parents abusing their kids knowingly are also being reported.

But asides from these, a twitter user, Belle Deesse shares how parents sexually abuse their children without knowing.

”Most parents sexually harass their children without knowing. A Thread…. My aunt was at the PTA yesterday and the only thing they discussed was sexual harassment.

The headmistress told them a boy in nursery 2 was crying during break time alone in the class so his teacher went to Him and asked what was wrong then he said his dad beats his mom every night.

She was shocked and asked him for details, if they fought in his presence? He said no they waited till he falls asleep before they started. He said his mom would say daddy flog me small small,

READ ALSO: “I’m Scarred For Life” -Celebrity Mom, Kailyn Lowry Gets Real About The Embarrassing Moment Her Kids Walked In On Her Having Sex

It’s hurting me. That she’d cry while saying it and his dad will tell her to say daddy I won’t do it again. So the teacher took him to the headmistress and he repeated the same thing. She then asked him if he heard them from his room and he said the live in a one room apartment

His parents were called to school and the headmistress narrated this to them. They felt ashamed because it’s sex they were having and he got the wrong idea. The headmistress asked them why they stayed in a one room apartment and if they couldn’t afford a bigger place.

They said it’s Never bothered them as they felt their family was still too small. But promised to get a bigger place which they did.

Growing up I used to have a friend, they were 6 teenagers living with their parents in a one room apartment and they later had another child in that same one room

Meaning the parents have Sex with them inside that room. This friend and two of her sisters gave birth inside that one room. The older brother got someone pregnant.

My mom used to be a counselor and counselled so many teens. She once told us of one girl in particular who had 2 children at 17.

The girl said she started having sex when she was 13 cos when they slept at night in their one room apartment her parents have Sex thinking they are sleeping. And her mom always says “Its sweet oh” “Its sweeting me” so she was eager to try it and it was indeed sweet that she became addicted and had 2kids.

This reminds me of the story of the 11yrs old maid who was caught molesting a 4yrs old boy. Just maybe she saw her parents do it every night, maybe they thought she was asleep.

Some will find this funny but parents too sexually harass their children by indirectly forcing them to watch them have Sex. You think these kids don’t understand but they do even more than we can imagine. Save this children from mental torture, let them be kids for now.”