Mental Health, News Around the World 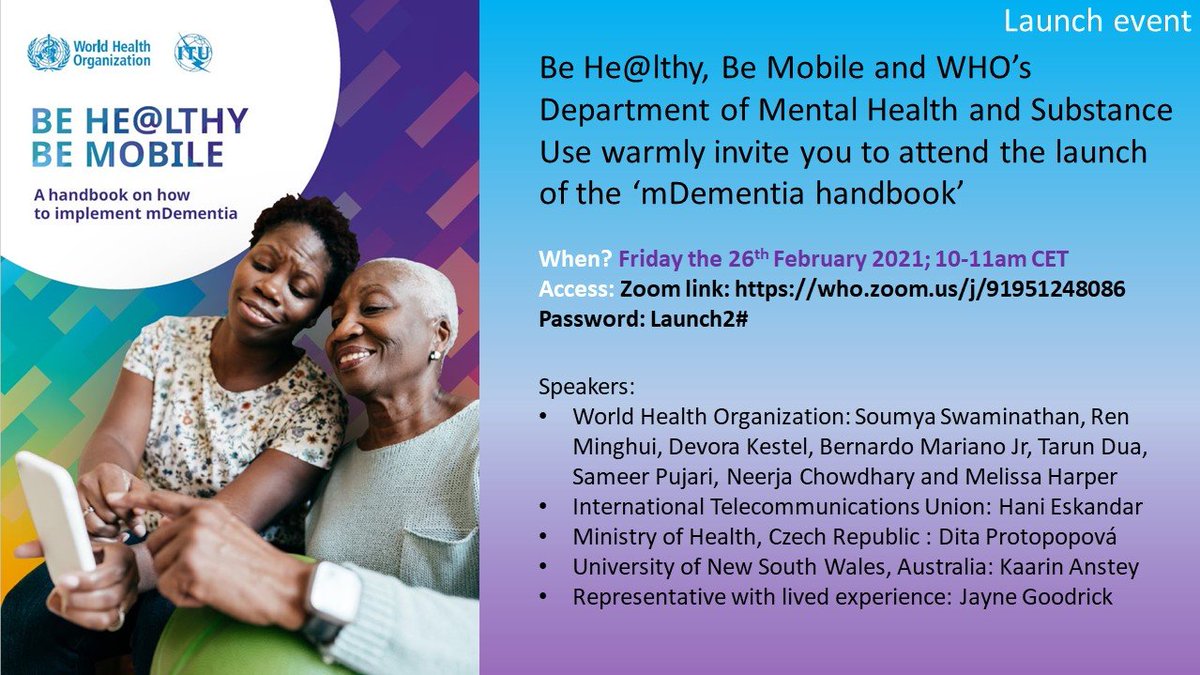 The World Health Organisation has launched a Mobile Dementia Handbook to reduce the risk of dementia among older people and also provide support for those providing care for them.

The handbook, launched on Friday, will help countries to introduce and scale-up dementia mHealth programmes, WHO said.

According to a statement posted on the WHO website, the handbook will facilitate the delivery of educative messages on dementia through mobile devices, such as phones and tablets.

The handbook and accompanying mHealth programme content includes a module on reducing the risk of dementia and another on support for caregivers of people with dementia.

The handbook was developed by the WHO Mental Health and Substance Use Department and BeHe@lthy BeMobile, a joint initiative between the WHO and the International Telecommunications Union.

It notes that dementia has a physical, psychological, social, and economic impact, not only on people with dementia but also on their caregivers, families and society at large.

“The first of the modules, mDementionPrevention, aims to encourage people who are middle-aged or older to manage modifiable risk factors, such as physical inactivity, tobacco use, unhealthy diets and harmful use of alcohol, to delay the onset or slow the progression of dementia.

“The mDementia Handbook outlines how an mHealth programme can be used to strengthen existing dementia prevention and carer support programmes. It sets out the steps and considerations for successfully implementing mDementia at scale.

“The content can be adapted to support countries’ own national guidelines and existing health system interventions and to the local context and culture.”

According to WHO, around 50 million people globally have dementia, with nearly 60 per cent living in low- and middle-income countries.

“Every year, there are nearly 10 million new cases. The estimated proportion of the general population aged 60 and over with dementia at a given time is between five to eight per cent.

“Dementia can be overwhelming for the families of affected people and their carers. Physical, emotional and financial pressures can cause great stress to families and carers, and support is required from the health, social, financial and legal systems”,

Dementia, the United Nations health agency says is a syndrome in which there is deterioration in memory, thinking, behaviour and the ability to perform everyday activities.

“Alzheimer’s disease is the most common form of dementia and may contribute to 60–70 per cent of cases. Dementia is one of the major causes of disability and dependency among older people worldwide.

Although dementia mainly affects older people, it is not a normal part of ageing”,