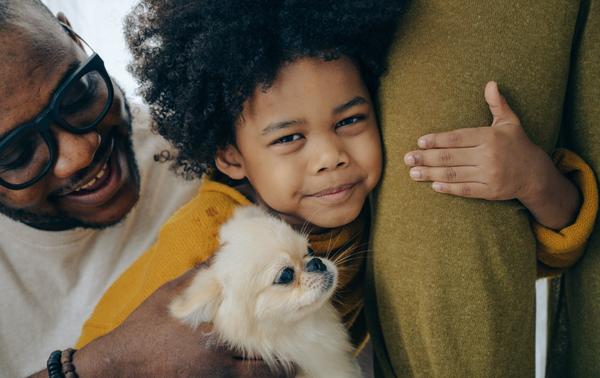 As young children begin to learn about the world around them, they develop various personality traits and habits. While some children seem to become confident and independent from an early age, others remain clingy, seeking safety, protection, and reassurance from their closest parents.

Kids at certain stages become really clingy to their parents especially to their mothers. At first, it might be a good thing perhaps for first-time parents but in the long run, it can wear them out.

Clinginess occurs in children differently whether it’s the one who cries every time the parent is out of sight, those that hold on to their parent’s legs at social events, or children who don’t want their parents to go anywhere without them.

As children grow, they exhibit various attitudes and behaviours. But most times, they become clingy when they are anxious or there is a change in their routine.

Some parents initially feel that their children clinging to them is a good sign showing that they feel safe and comfortable with them.

Irrespective of the advantages, no parent wants their child (ren) to tie them down and not be allowed to do something else.

Mrs Idowu Adio, a retired headmistress, who is in her early sixties told PUNCH that as a grandmother and educationist, she had had to deal with many children both biological and non-biological. She added that it was normal for children to be clingy at certain ages especially when their parents are within sight. She said,

“As a retired educationist, I know that it’s normal for children at certain ages to be clingy. At that stage, don’t berate them for it. They are still really only a baby. If they go to the crèche or school for a few hours, that can help them learn to enjoy other peoples’ company away from their parents.

Also, a first-time mum narrated the experience she is currently dealing with separating from her two-year-old child who just started school.

The human resource manager, Mrs Joy Ogochukwu, said her child used to stay in the house as they didn’t take her to the crèche; rather they had a nanny who took care of her in the house. She shared,

“Taking her to school since Monday that schools resumed has been dramatic and even emotional for me as a mother. I had to drop her off at school on my way to the office and it’s funny that even me as mum shed a tear on Monday after dropping her off in school.  She held on to me and cried so much. I haven’t seen my child cry that much.

“I know it’s basically because she just started school but I believe she would be better within a month. She cried the following day and even on Wednesday but by Thursday it reduced.’’

Ogochukwu said she believed that she would get over it and relate with her classmates eventually.

For Mrs Debola Martins, children must be taught that they needed to separate from their mother, however, that it was something that’s associated with age. Martins added,

“At a certain age, the excess attachment will stop. I would say if they are over five or six years of age parents should try and break the habit. Children need to grow up at some point.

“Make them move to another room and play. I found that whatever room I moved to my kids would follow me with their toys. Try and enforce a play area and stay away from there. Make them go to bed in their own room at bedtime. Don’t stay with them while they sleep.’’

SEE ALSO: Research Explains Reason Some Toddlers Are Clingy Towards Their Teachers

Another parent, Mrs Sharon Adebisi, said parents should enjoy every moment of their parenthood, noting that there would be a time for them to crave for their children’s attention. She said,

“Hopefully, we can learn to relish it now. It lasts for all too short a time. My mum desires her adult children to cling to her sometimes but we all do not have the time now.”

Another mother, Mrs Morufat Arise, said many children experience such a clingy phase when  almost totally dependent on their parents for everything.

She added that the major thing that worked for her was to let her children socialise early enough. She stated,

“Socialisation with other children and family members should happen as early as possible. If however your child is over-dependent and clingy at an age where they are perhaps ready for playgroups or preschool, then it will be more difficult as they are already under-socialised.

“In the home, you can start to encourage them to do things for themselves and praise them when they accomplish even the smallest task without help. Perhaps, allow them to do things such as putting on their pyjamas at bedtime, brushing their teeth, packing their toys away.

Every small accomplishment will be a step towards independence. When you take them to the park, there are many opportunities for them to be praised for doing some things.  The more praise they get from doing things for themselves, the better.”

Arise however stated that it was also important to examine why children cling, noting that sometimes the parents’ fears and anxieties should be communicated to the child too that way. She stated,

“All children grow and learn at different times. Your child will grow up and learn to be independent of you in due time. You can encourage independence, but don’t punish the child for being clingy.”

Like Arise, Mr Joe Adeoni, also said it was important to know why children were clingy especially when they got to a certain age because they were expected to be independent at that stage.

He said when a child was getting too scared of being left with certain people after meeting them over and over again including faces at school, there was a need to do something about it. He stated,

“The biggest mistake we do in this case is to ask others about our child’s behaviour. They are the only ones who know why they are behaving the way they do. Everyone has their own reasons for doing what they do. Talk to them about them.”

SEE ALSO: 17 Real Moms Take Us Through The Moment They Knew They Were Absolutely Done Having Kids

Speaking, a child psychologist, Mrs Wunmi Adetayo, explained that it was important for parents to understand their children and behavioural patterns. She said,

“Every child is unique. They have their strengths and weaknesses. Every child believes in their parents and the parents must impart confidence and trust in their children.

“Parents must also put some structures in place to make the child understand if they are hot, warm or cold. Children always want to test the waters to see how their parents are faring and to know if it’s the right time to come around them.

“Every child has a unique way of penetrating them. Take your time to understand your child. They have a time they just want to be with you as a parent and there are times when they want to express their independence.’’

She noted that some kids were more emotional than others, hence it was vital to understand every child’s uniqueness.

Adetayo added that parents need not be angry at their clingy children, rather they should be more caring and show understanding with such children.