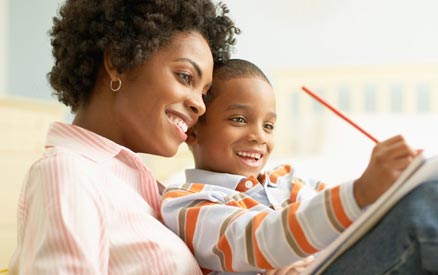 A slow learning child is a child that hits his developmental markers at a much slower rate than compared to his/her peers. It is commonly misunderstood that these children fail at learning or are merely ‘dumb’.

The truth is that every child has his own pace to learn and develop. Some children naturally learn much faster, and others are known to take their time to learn the same concepts and lessons.

Slow-learning children may exhibit signs of immature language patterns for their age, poor social behaviours, with some preferring the company of younger children to their peers, may show frustration and anxiety during learning.

A teacher who teaches primary two in a private school in Ogun State, Mrs Janet Idahosa, told PUNCH that she once had a pupil in her class who was a slow learner.

She stated that the pupil hated learning and always cried but enjoyed activities like using computer and watching videos. Idahosa said,

“I didn’t find it funny at first because he was acting like a child in kindergarten; crying when it was time to learn, couldn’t write on his own without help or supervision and his hand writing was poor for his age.

“The situation bothered his parents so much because they felt he had a learning disorder or was generally dull. I explained to them that from time to time children might be slow in their capacity to learn and instead of seeing them as having a problem or calling them dullards, there are steps to take for them to improve on their studies and mental capacity.’’

A mom-of-3, Mrs Amarachi Nkanta, said that it was vital not to force a child to learn more than the child could assimilate.

Nkanta stated that when her son changed school, he was already reading three-letter words in his previous school but when he got into basic one in his new school, three-letter words seemed longer for him and he found them hard to read. She said,

“He was always complaining that he couldn’t read since he found it difficult to make anything out of the new words. I started explaining to him that the reason why he found the words hard was because they’re long and not because he’s dull.

I took some words and taught him how to pronounce them. Overtime, he became comfortable with them and improved considerably. I observed later that he was enthusiastic about reading and he didn’t even want me to help him out. If I had belittled him, he probably would have seen himself as dull.”

Another mother, 65-year-old Mrs Olwakemi Olojo, said children were like a building and no building could be completed in a day.

“Most times in schools, you find out that the teacher may not be able to give each child specific attention especially for slow learners because sitting at their desk with them can take time and what a child needs is close monitoring.

Some kids find it difficult to learn especially when they are among mates who can be described as fast learners. They’ll become scared or intimidated.

As a parent, get a lesson teacher for such a child or if you can have the time, create a time when you can tutor your child in an atmosphere of love and patience and give him or her required attention. If he fails don’t punish him, because you’ll be instilling more fear in him than confidence.’’

On his part, a teacher with over 10-year experience, Mr Innocent Agwara, said he had never seen a slow-learning child who improved amid comparison with peers or condemnation.

“So one must not help in triggering low self-esteem in them by being harsh on them instead one must be loving as much as one can. For instance, if a child is finding mathematics difficult, if one doesn’t handle it properly, the child may hate the subject or lose interest in it completely.’’

For a school counsellor, Mrs Mitchell Lawson, who is a mom-of-2, slowness in learning can be caused by a child’s personality, an issue at home affecting the child or a teacher isn’t meeting the child at his or her level.

“A child can learn at a slow pace if the class is overcrowded. In fact, once there are more than 12 kids in a class, I consider it unhealthy for learning because it’s about quality and not the fulfillment of righteousness.

If a class is crowded, the teacher can’t attend to individual needs because he or she also has to cover a scheme and has other children in the class. So, a parent should ensure that the child’s classroom is not too populated,’’

According to a father, Mr Collins Onigbinde, helping a slow-learning child is a two-way thing; the home and the school must be jointly involved. He said,

“Slow learning in a child is not a permanent feature as there are measures to take. Children who are slow learners need specialised classes. Home teachers are no longer a luxury but a necessity because such a child needs a one-on-one encounter with a teacher who will engage in tailor teaching that will help the child to meet the academic pace of their peers.

“At home, the child should be allowed to do normal activities and play like other kids but should also have a study time. Most parents hate seeing slow-learning children playing and this always affects them. This defeats the entire process. Whoever is teaching such kids should try and engage a slow-paced teaching style as this would go a long way in helping the child.’’

SEE ALSO: Why Only Academic Subjects Is Not Enough For Children, Says Commissioner For Education

“If the child is unable to utter a particular word but able to pronounce something close to it, he or she should be appreciated.

A small group can be adopted by teachers to help slow-learning pupils and they should be encouraged to participate in class work. The classroom shouldn’t be about learning, the teacher should also include fun activities to help the child feel happy.”

In her contribution, a mother of a six-year-old boy, Cynthia Salami, said she noted that her boy loved watching cartoons more than learning. She said,

“I devised a strategy to tackle that. I brought in education in the form of entertainment. I bought cartoons that teach different subjects, he would sing and dance with whatever they were singing and overtime he improved.

Visual learning worked for him a lot. There are videos that can help children improve on their learning.’’

An educationist, Mr Kemasuode Bright, said most teachers and parents erroneously assume every child should learn in same ways and level.

“There are learners who understand by what they see (visual learners), some by what they hear (auditory learners) and others need to be involved in a task. They have to do something. We call them kinesthetic learners.

Parents should study their children and know what medium suits them most. For parents to be able to grow them after knowing their learning language, they world have to develop core lessons to suit them.’’