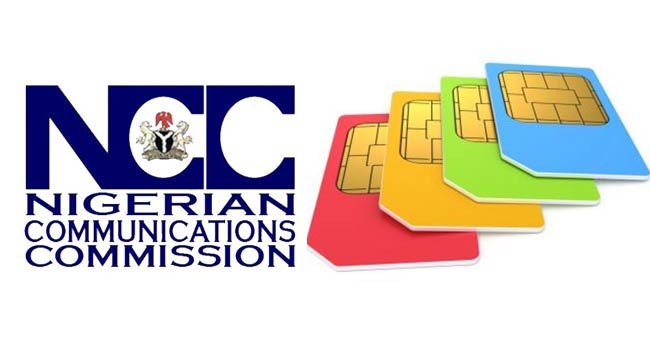 The ban placed on the issuance and registration of new sim cards by the Federal government has been lifted.

The Government disclosed this on Thursday April 15 adding that the issuance of new Subscriber Identity Module (popularly known as SIM cards) will resume on April 19.

It was also added that possession of the National Identity number will be a prerequisite on new SIM Acquisition and Activation, SIM Replacement, New SIM Activation for Corporates and Internet-of-Things/Machine-to-Machine (IoT/M2M), amongst others.

The Nigerian Communications Act (NCA) 2003, Section 23(a), specifies the role of the Minister to include the formulation, determination and monitoring of the general policy for the communications sector.

SEE ALSO: NIMC Lists 7 Important Reasons Why You Must Register And Link Your NIN As Deadline For SIM Cards Blocking Approaches

In line with this, on behalf of President Muhammadu Buhari, GCFR, the Honourable Minister of Communications and Digital Economy, Dr Isa Ali Ibrahim Pantami, FNCS, FBCS, FIIM coordinated and led the development of a Revised National Digital Identity Policy for SIM Card Registration in collaboration with all other stakeholders.

An earlier Policy was approved on the 4th of February 2020, while the Revised Policy was developed in early March 2021. The final amendments to the revised Policy based on the directives of Mr President to make the use of NIN mandatory for all SIM registration were completed yesterday, 14th of April, 2021.

Prior to that, the key aspects of the draft Policy were presented to the stakeholders at the 4th Review Meeting of the Ministerial Task Force (MTF) on the NIN-SIM registration which held on Friday, 26th of February, 2021.

Key stakeholders and members of the MTF who joined the Honourable Minister at the meeting included the EVC/CEO of the Nigerian Communications Commission (NCC), DG/CEO of the National Identity Management Commission (NIMC), DG/CEO of the National Information Technology Development Agency (NITDA), Comptroller-General of the Nigeria Immigration Service (NIS) and the Chairman of the Association of Licensed Telecommunications Operators of Nigeria (ALTON).

Others included the NCC Executive Commissioners for Technical Services and Stakeholder Management, MD/CEOs of MTN, Airtel, EMTS (9Mobile), NTEL, Spectranet and SMILE, as well as the COO of Glo.

Dr Pantami also presented the Revised Policy to His Excellency, President Muhammadu Buhari, GCFR on Friday, 26th of March, 2021. Mr President made further improvements and endorsed it for implementation. Mr President also commended the Honourable Minister for his commitment in carrying out the responsibility of developing the digital economy sector, including championing the NIN-SIM registration process.

The Policy includes Guidelines on New SIM Acquisition and Activation, SIM Replacement, New SIM Activation for Corporates and Internet-of-Things/Machine-to-Machine (IoT/M2M), amongst others. The possession of a National Identity number will be a prerequisite for each of these categories.

For the Corporate registration, institutions will be required to appoint a Telecoms Master (at the minimum of an Executive Management level) to provide the operational Primary NIN representation. The Telecoms Master will also be responsible to ensuring that the users provide their NINs to serve as a Secondary NIN.

For IoT/M2M activations, SIM security protocols would be implemented on the SIM profile to ensure that SIMs can only be used for point to point data services specific to the URL they are working with. All other services will be barred.

In the event that a data only service is particular to individual use (eg home car tracking, WiFi, MiFi services, etc), the standard NIN registration process will be followed.

A Telecoms Master will also be required for Corporates requiring IoT/M2M activations. The full details of the requirements for each class of service will be made available in due course.

Significant progress has been made in the NIN registration process across the country. Nonetheless, the Federal Government is committed to supporting all Nigerians and legal residents to obtain a NIN.

The biometric verification process has been slower than anticipated, owing largely to the non-adherence of many previous SIM biometric capture processes to the NIMC standards. The Revised Policy will ensure that operators conform to the required standards for biometric capture.

The Guidelines in the Policy have been painstakingly developed and while they are thorough, it should be noted that they have been developed that way in National interest since the SIM is essentially a national resource. Citizens and legal residents are encouraged to bear with the government as the process has been developed in the best interest of the country.

The implementation of the Policy will commence on Monday, 19th of April 2021. The issuance of New SIMs and other suspended activities will resume on the same date, as long as verification is done and the guidelines are fully adhered to.

The Honourable Minister has also directed NCC and NIMC to ensure that the provisions of the Policy are strictly followed by all operators and subscribers.

Dr Pantami wishes to thank Nigerians for their patience and compliance with the Federal Government’s directive on the NIN-SIM registration exercise. He reiterated government’s commitment to continually taking decisions aimed at easing the pains of the citizens with regard to issues related to NIN and SIM registration.