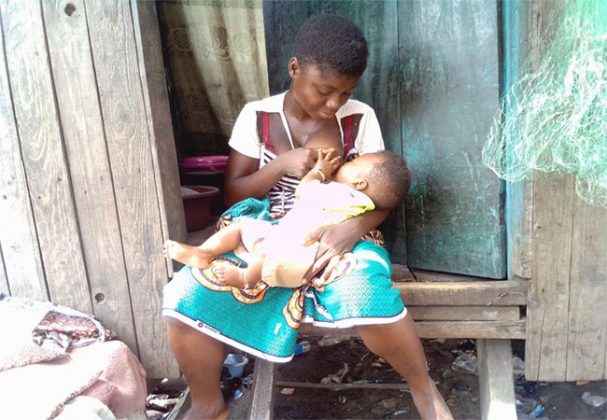 15 Basic Rights Parents Should Know And Teach Their Children

Male circumcision is a common practice in many parts of the world with some proven health benefits, including less risk of urinary tract infections and reduced risk of some sexually transmitted diseases.

Making, perhaps, one of the strongest suggestions for male child circumcision, a 2015 study published online by the National Institutes of Health finds that “the risk of premature ejaculation is higher in children circumcised after age seven.”

For some cultural and religious reasons, some parents delay the circumcision of their children until they get to a certain age in Nigeria and some other countries in Africa, even as medical experts say deferring or delaying male circumcision has no medical advantage.

In what physicians have termed the most ridiculous of myths, mothers who spoke with PUNCH swore to never yield their male babies for a medical procedure that may otherwise save those beloved sons from certain health risks

Findings, however, also showed that some parents, out of concerns for the size of their children’s penis, have refused to have them circumcised.

One of such parents, a mother of 3, Mrs. Renuno Agemu said that she and her husband had decided not to submit their nine-month-old son for circumcision because of the small size of his penis.

The 27-year-old businesswoman says they are worried that the procedure, if performed on him, might further reduce his penis size and length. Agemu said,

“I have two girls and a boy. When I gave birth to him in September 2020, after two weeks of his delivery, people started asking me why we have not had him circumcised. Some asked me if my culture or religion forbids male circumcision.

“But my husband and I are not in any way constrained by any culture or religion to have our son circumcised. Our decision not to have him circumcised is based on the size of his penis.

“We are worried that since he was born with small penis size, the procedure is not necessary in order not to affect the size and length.”

“I told some family members who have been bothering us that his penis is too small and that I cannot take the risk of circumcising him before they chop off everything.

“Some say it does not matter and that I should go and have him circumcised. But I am worried about what becomes of the size after the procedure.”

Another Lagos resident, Mrs. Tobi Govo, pictured above, shares similar sentiments as Agemu, as she is also not ready to circumcise her seven-month-old son for fear that the procedure might also tamper with the size and length of his manhood. 20-year-old Mrs. Govo said,

“For me, I cannot take the risk of circumcising him. His penis is too small. What if something goes wrong? Now, considering the small size, there is no way that it will not become smaller if he undergoes circumcision. So, for me, circumcision should not be done for children with small penises in order not to affect the little that they have.”

The story is the same with Mrs. Fatimo Dodunu, 25, mother of 11-month-old baby boy. For her, it is risky and completely unnecessary to circumcise children with small penises.

“It is risky because I have heard of cases of children whose penises became smaller after circumcision. For that reason, I am not going to have him circumcised. I don’t want him to be a victim. They may go and remove a large size of his skin and this may affect his sexual life when he becomes a man.”

SEE  ALSO: Mum Shares on Why Son Wasn’t Circumcised & Her Apprehension Till Date

“One really needs to be very careful before the size is tampered with. I don’t want to take chances. To be frank with you, he will not be circumcised. I know some parents that have also refused to have their sons circumcised because of the same reason.

“So, I am not the only one that is afraid that the procedure might affect the size and length. However, people have been disturbing me and my husband to ignore the fear and get him circumcised. But I am afraid they might reduce the size in the process.”

The story is different for Mrs. Agnes Boniface, a 30-year-old fashion designer and mother of three. Her fear of not having her three-year-old son circumcised has nothing to do with the size of his penis nor culture, but she is afraid that the procedure might lead to complications.

“I have a 3-year-old son that has not been circumcised, not because of culture, religion or size. I don’t want to lose him.

“I remember the case of a woman in my village whose son died after he was circumcised a few days after his delivery. The child bled to death. With that woman’s experience, I don’t think I can submit my male children for circumcision. I am happy that my husband supported me,”

Other mothers who spoke with PUNCH shared similar experiences of concerns that they have for not circumcising their children yet.

How true is the claim?

Circumcision, according to experts does not in any way affect the size or length of the penis despite the fact that some babies are born with small size.

According to them, what is important is that the baby must be healthy, with no significant medical problems after birth, while the procedure must be performed by qualified medical personnel.

The experts say that circumcision done a few days after delivery is the surgical removal of the foreskin, the tissue covering the head (glans) of the penis. The procedure, however, becomes more complicated and riskier in older babies, children, and men.

Those who spoke on the issue say circumcision can neither reduce nor affect the size of a child’s penis, urging parents to ignore such concerns and ensure that their children are circumcised early to avoid risks associated with the procedure in adolescence or adulthood.

The experts emphasised the need for parents to avoid quacks and patronise qualified medical personnel.

A Lagos-based midwife and provider, Ijeoma Igim, says there is currently no evidence to show that circumcision affects the size and length of a the penis. Igim explains,

“Circumcision cannot reduce or affect the size of a child’s penis. Though some children are born with small penises and others with big size, mothers having such concerns should note that the removal of the foreskin cannot decrease the size of the penis. Whichever size of penis a child is born with, circumcision does not in any way affect it.”

Circumcision complications among neonates rare -WHO

According to the World Health Organisation, serious complications among neonates or young males are rare when the procedure is carried out by experienced providers.

“Circumcision occurs at a wide range of ages, and neonatal and male child circumcision is routinely practised in many countries for religious and cultural reasons. There are several advantages of circumcising males at a younger versus older age, including a lower risk of complications, faster healing and a lower cost.

“However, some parents may wish to wait for an older age for religious or cultural reasons, or have a preference to wait until the child can give consent for the procedure,”

The American Academy of Paediatrics says the health benefits of newborn male circumcision outweigh the risks. The AAP, however, leaves the circumcision decision up to parents — and supports use of anaesthetics for infants who have the procedure.

Mayo Clinic says circumcision might not be appropriate for premature babies who still require medical care in the hospital nursery or for babies born with abnormalities of the penis.

Listing the benefits of male circumcision, the Clinic says,

“Circumcision helps in prevention of penile problems. Occasionally, the foreskin on an uncircumcised penis can be difficult or impossible to retract (phimosis). This can lead to inflammation of the foreskin or head of the penis. It decreases risk of penile cancer.”

No guideline for optimal age

Findings by PUNCH showed that because there are no set guidelines for the optimal age at which to perform circumcision, physicians might be faced with the issue of when to perform the procedure.

The 2015 NIH study, titled, At What Age Range Should Children Be Circumcised?’ states,

“These findings suggest that it is better to perform circumcision when boys are < 1 year old, when the anaesthesia complications are also at a minimum.”

“Circumcising a baby after eight days is safer and less painful, unlike when the child might have grown up. Delaying circumcision has no medical benefits but rather comes with lots of complications.

“So, parents should allow their children to have the procedure done at infancy when the pain is minimal and not when they become mature adults and unable to bear the pain.”

Speaking from experience, the midwife noted that male circumcision done when a child had grown up comes with lots of pain, trauma and discomfort.

She also pointed out that the circumcision of adolescents, especially when done by quacks is associated with many life-threatening risks such as bleeding and infections.

“Circumcision makes it simpler to wash the penis,” she adds.

“Male circumcision should continue. It has more advantages than disadvantages.

“Early male circumcision is better, because the child doesn’t really know and the tissues are still very tender. It is even in adults that there are more pains and complications.

“In adults, you talk about pain management and other issues. So, early circumcision is easier than the late circumcision.”

The gynaecologist stated that the use of modern devices like plastibell has reduced complications from early male circumcision.

“Complication rate in early male circumcision is very low if performed by qualified medical professionals. It is like ear piercing for women.

“Those who want to have their male children circumcised should patronise qualified professionals. I think that is actually the major thing.”