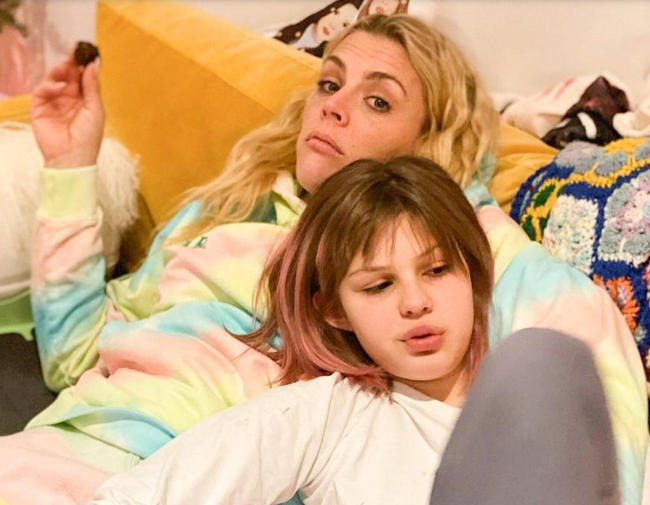 “For those of you who are my friends listening at home, this is the first you’re hearing that Birdie is gay and out.

“Birdie told us at 10 years old and we immediately… I mean obviously, I knew that Birdie knew.”

Now, the mom of two is opening up about how she continues to support Birdie, whom she describes as being “femme-presenting nonbinary” after they came out as gay.

In a wide-ranging cover story for Health‘s June issue, the American show host, writer, producer, and director, discusses her experience parenting a nonbinary child and how she teaches both Birdie and daughter Cricket Pearl, 7, about important values in life.

Speaking about the episode and the discussion of pronouns on her show, Philipps says that her “mom is older and wants to understand the pronoun conversation more.” Philipps recalls:

When it comes to teaching her children about taking care of themselves and understanding what is and isn’t important, Philipps says she thinks “the secret with kids is leading by example.”

“I make a concerted effort to be aware of how I talk about diet and exercise around them — like, what my intention and goals are with those things. I’m also lucky that I have a partner in Marc, who does cycling and works out for his own mental health,”

“We talk about therapy in our house and never shy away from hard conversations,” she continues. “I’ve always been open — but not in that ‘I’m not a regular mom; I’m a cool mom’ way.”

The star says she doesn’t want to be her kids’ “best friend” and instead wants them to “know by watching me what my values are and the things that are important.”

“You can tell your kids to stand up for what’s right until you’re blue in the face. If they don’t see you doing it, they never will,”

When speaking about Birdie’s pronouns on her podcast in December, Philipps said she was “trying my best” to use the correct pronouns despite “f– up sometimes.” Philipps recalled:

“I said, ‘You know, Bird, I’ve been doing a bad job with the pronouns’. Because Birdie said that they would like their pronouns to be they/them, and I haven’t been doing it, and I said because I have this public persona and I want Birdie to be in control of their own narrative and not have to answer to anybody outside of our friends and family if they don’t want to.”