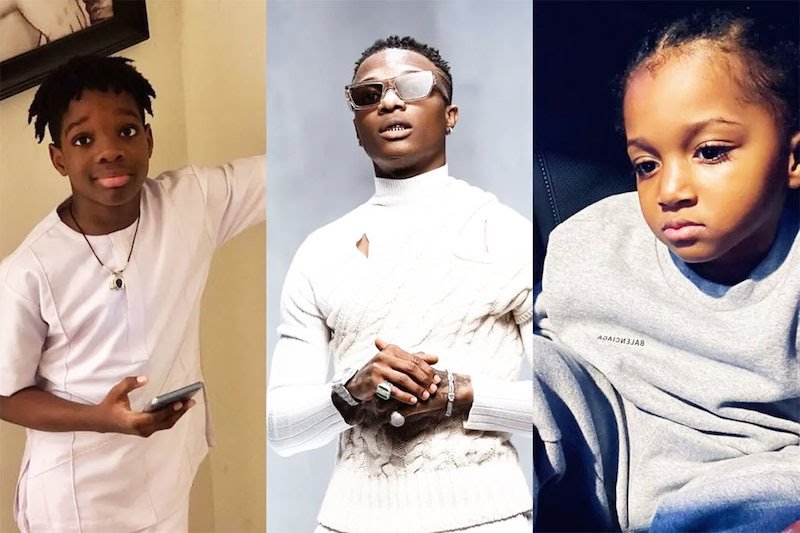 Ayo Balogun, world-famous singer, popularly known as Wizkid, has said that fatherhood means more to him than anything else.

The 29-year-old pop star disclosed this in a video shared on his YouTube channel as he celebrated the tenth anniversary of his debut album, “Superstar”. The single dad-of-three said,

“My son is like my best friend. He calls me every day and we have the craziest conversations. He is nine. It is very important for me to keep family together.

“That is one thing my parents always instilled into us, to understand that there is nothing more important than family. Fatherhood means everything to me. Before I used to see myself as a musician, but now, I see myself as a father. I am a father before anything else.”

Speaking about his childhood experience, the ‘No Stress’ singer stated that as a child, he usually went to the mosque with his father, while he followed his mother to church. From this experience, the Star Boy said that he got to know that the greatest religion in life is Love. He said,

“Growing up in a very spiritual home in Lagos really opened my mind. My dad is a Muslim, while my mum is a Christian. I used to go to the mosque with my dad and go to the church with my mother.

SEE ALSO: After Having 3 Kids, Wizkid Reveals The Only Condition That Can Make Him Get Married

Speaking on how Lagos inspires him, the award-winning singer said,

“Lagos is what defines me and that is why everything I am today, were things I learnt from that side. Most of my childhood was spent in Surulere. It was amazing for me. I still have flashbacks every time I am in the studio. I was the last child of the family. I wasn’t spoilt but I had my ways sometimes.”