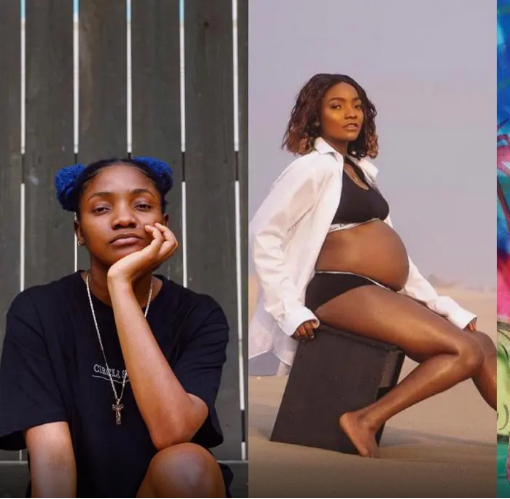 Popular singer, songwriter and producer, Simisola Kosoko simply known as Simi gave a smacking reaction to an insensitive social media user who slammed pregnant women for usually dressing shabbily during pregnancy, saying they are pregnant and not mad.

The male social media user who goes by the name, Sandile World had posted, “When you are pregnant. Make your hair. Dress well. You are pregnant not mad.”

This definitely did not sit well with the outspoken mother of one who has always been very vocal about issues regarding women, marriages and motherhood, as she hit back at Sandile by writing a long text explaining why it’s not that easy for pregnant women to look pend during the period.

According to the ‘Duduke’ singer:

“This is annoying. When there are some women battling extreme nausea, fatigue, acute pain, hbp, diabetes, and just generally carrying a human being in their body, Sandile is talking about do your hair.

READ ALSO: Being A First-time Parent, Transitioning, Baby Blues, Simi Bares It All In New Interview

Do it let us see. Some mothers with high risk pregnancies are praying to carry to even 30 weeks and are okay complete bed rest – but when you’re not looking peng, Sandile compares you to a mad person.

Many many women don’t have help, the person that impregnated them just be lounging and drinking pepper soup, the woman will be taking care of the other kids, the house, food, WHILE heavily pregnant. Then he want to come back home to Naomi Campbell.

Some go to work until the baby is about to drop. Just so they can save some more money. Yo!!! Plus if your own significant other could do make up and fix frontal everyday, every woman is different.

Even the easiest pregnancy is hard. Even if it’s not hard, mind your business, if you can’t be kind. Even as women, we must learn sympathy. Nobody is saying dress anyhow, but do whatever makes you comfortable.”

Veteran Actress, Remi Surutu Shares Her Joy On How God Gave Her Back Her Late Daughter 4 Years Later 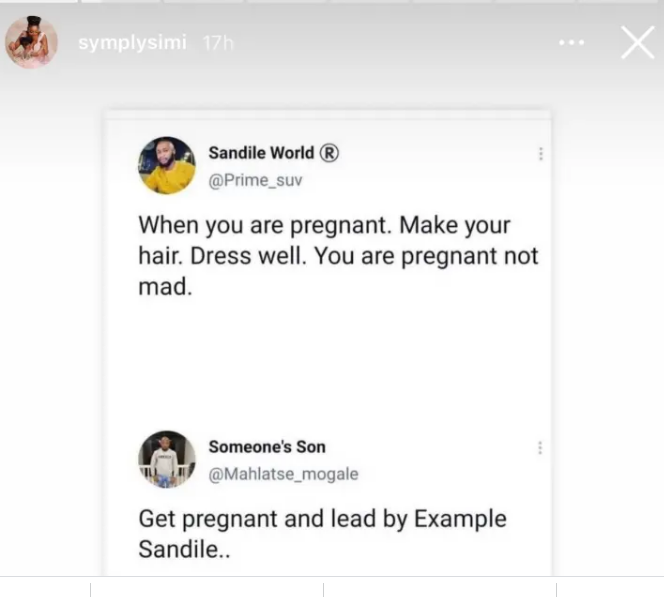 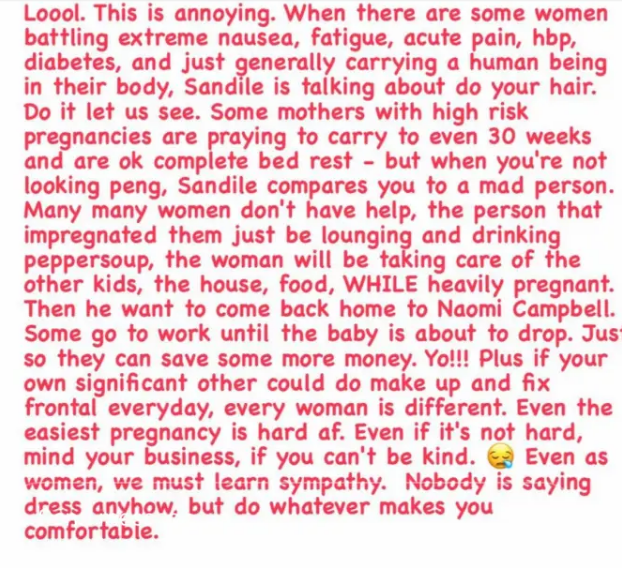