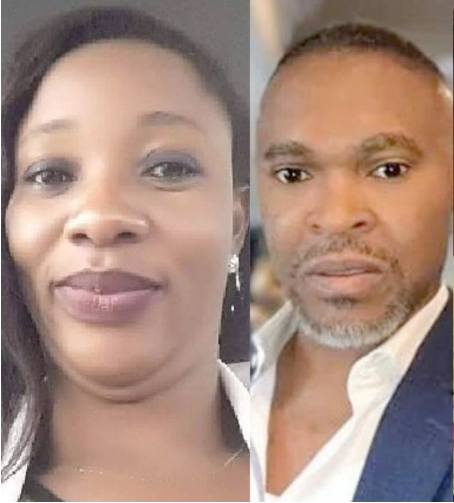 Mrs. Brenda Ataga, the wife of the deceased CEO of Super TV, Usifo Michael Ataga, has said learning of his death was the worst news she had ever received.

On Friday, July 30, 2021, the remains of Usifo Ataga was laid to rest. The father-of-two was stabbed to death and left in a pool of blood inside a Lagos hotel last month.

Chidinma Ojukwu, a 21-year-old student of the University of Lagos (UNILAG), was thereafter arrested in connection with the gruesome murder. The suspect initially confessed to fatally stabbing her lover.

On Thursday, a service of songs was held for the deceased in Victoria Island, Lagos as part of a two-day funeral.

As family and friends gathered to pay their last respect to the late Super TV CEO who would have turned 5o this month, Brenda in her tribute said finding out about his demise was the worst news ever. 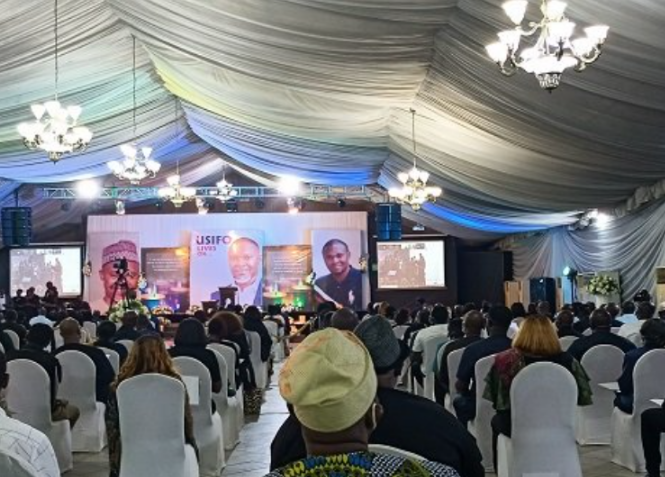 The mother-of-two also stated she had been anticipating witnessing his expression if he had stepped into the surprise birthday party she had prepared for him.

“Finding out of your demise was the worst news imaginable. My mind had raced through all the possibilities of where you were and what could have happened but death, death wasn’t an option,” she said.

“The girls and I were looking forward to seeing you, to celebrate your milestone. I had imagined how surprised you would be when you walked in to see a place set up for you. I had imagined the infectious smile.

“Now I’m yet to comprehend the stark reality that your life was cut short in your prime, at a renaissance of all you had toiled for. I’m lost for words.”

The bereaved mother of the deceased, Sylvia Ataga, in her tribute said her son died an undeserved death. She said:

READ ALSO: ‘That Binding Couldn’t Have Been Done By That Lady Alone’- Cousin Of Late Super TV Boss Opens Up

“God knows he did not deserve what those people did to him. My heart bleeds for him anytime I remember. He was generous to a fault.

“It took death for me to know how loved he was. He has been robbed of the joy of seeing a project he spent seven years working on.”

Ataga’s brother-in-law, Chuks Ezeokafor, who joined the event virtually, described him as an inquisitive person. In his words:

“He chased after knowledge, he ran after things that made him a better person. He cared about people and he chased his dreams, that’s an unmatchable legacy.”