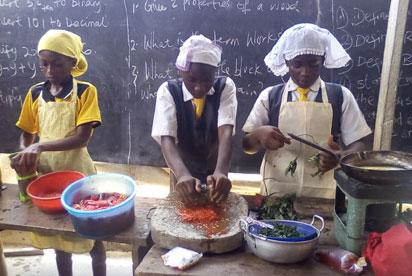 Nigerians on Twitter have expressed outrage after a boarding school listed different club activities for students to choose from based on their gender.

Instead of giving the students a chance to choose whatever club activities they are interested in, the unnamed boarding school listed activities only girls can pick from and another that only boys can choose from.

The only activities the girls and boys share in common is reading. 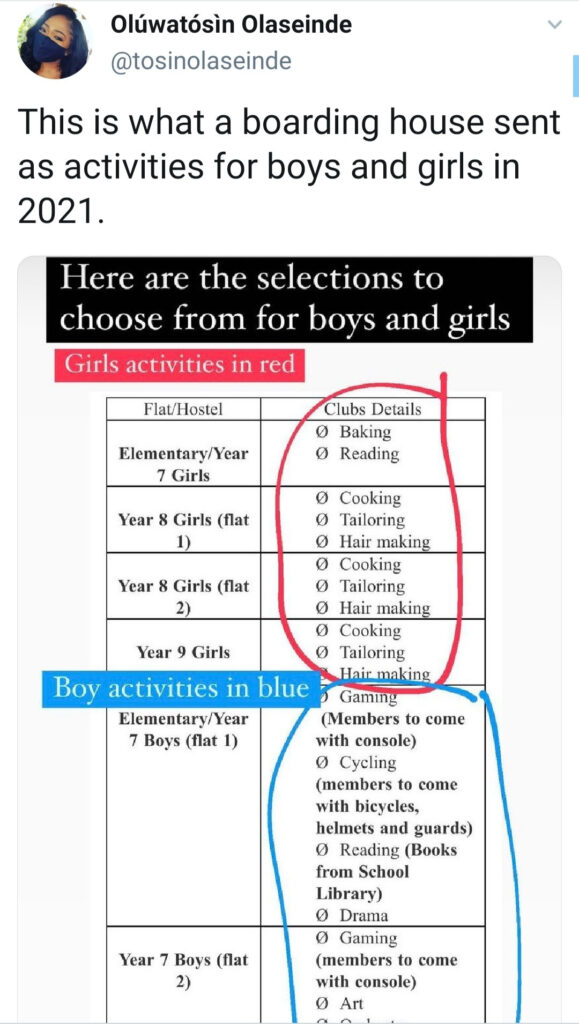 READ ALSO: Parents Express Outrage As Children As Young As 11 Are Asked To ‘Define Hardcore Pornography’ And Other Inappropriate Topics

Twitter users have called out the school, asking why such still happens in 2021 and why students have to choose based on gender, rather than interest.

According to a concerned Nigerian, Oluwatosin Olaseinde who shared the list online,

“I know I’m not a parent yet. However, this is where (institutions) the conditioning starts. Pls ask plenty questions. Be super involved and take them up on a fight. We have to keep fighting till we get the equilibrium that is desired.” 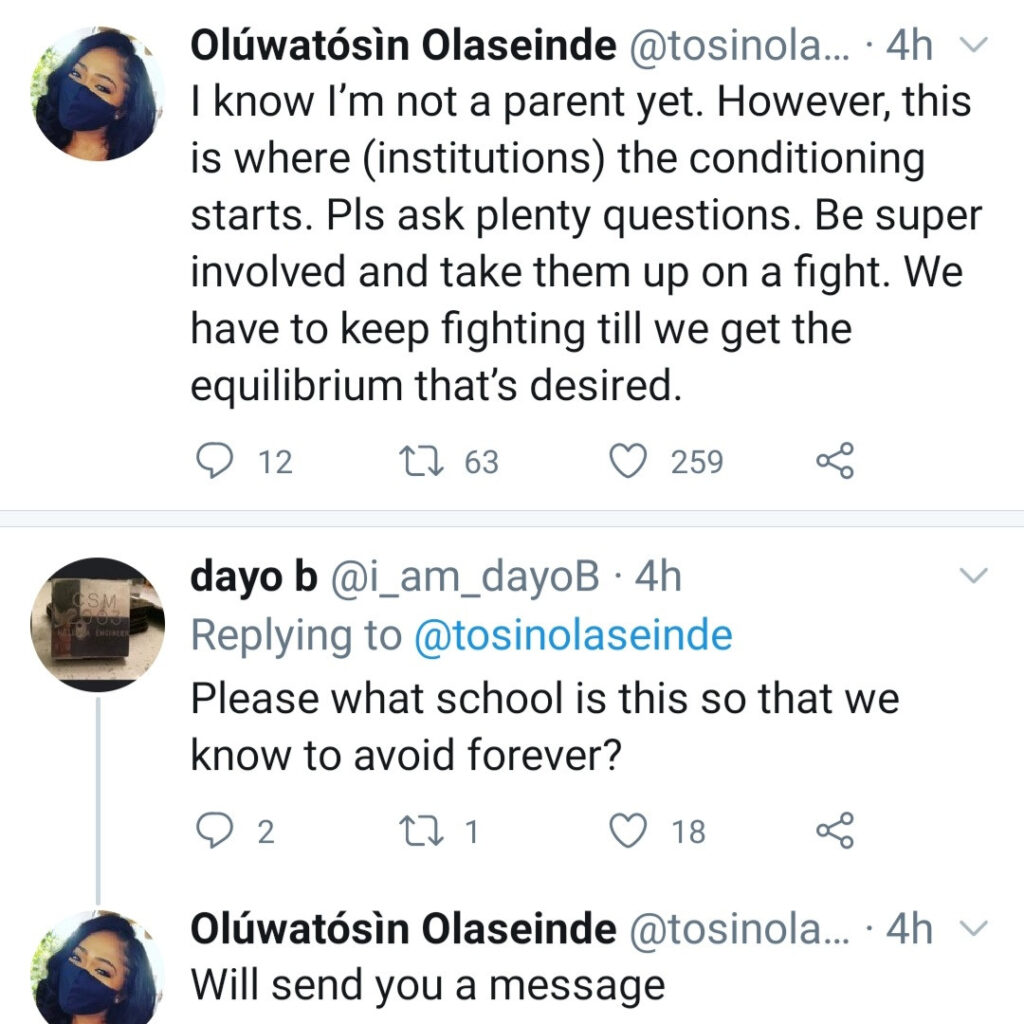 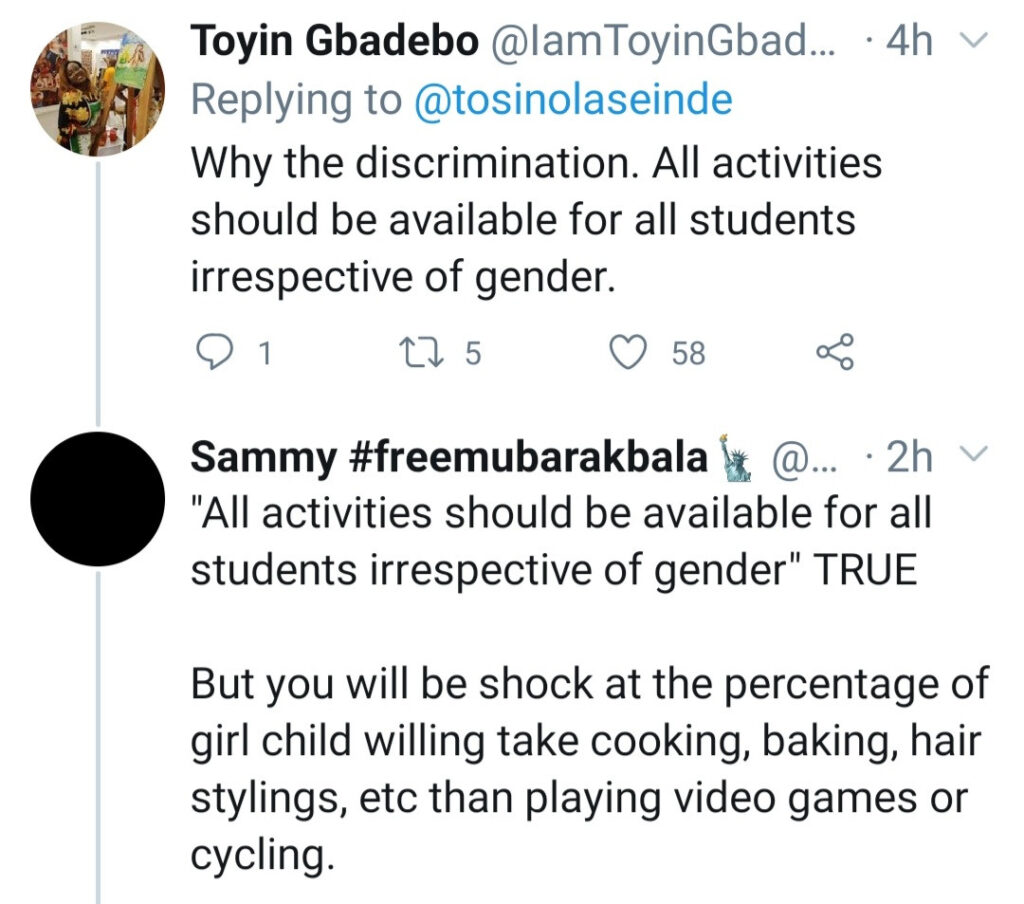 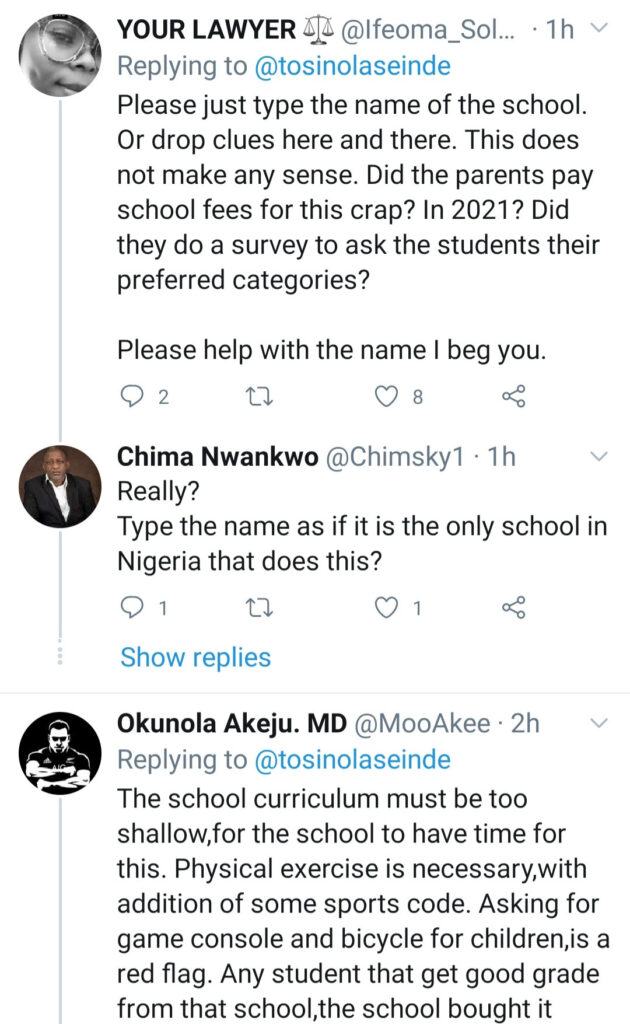