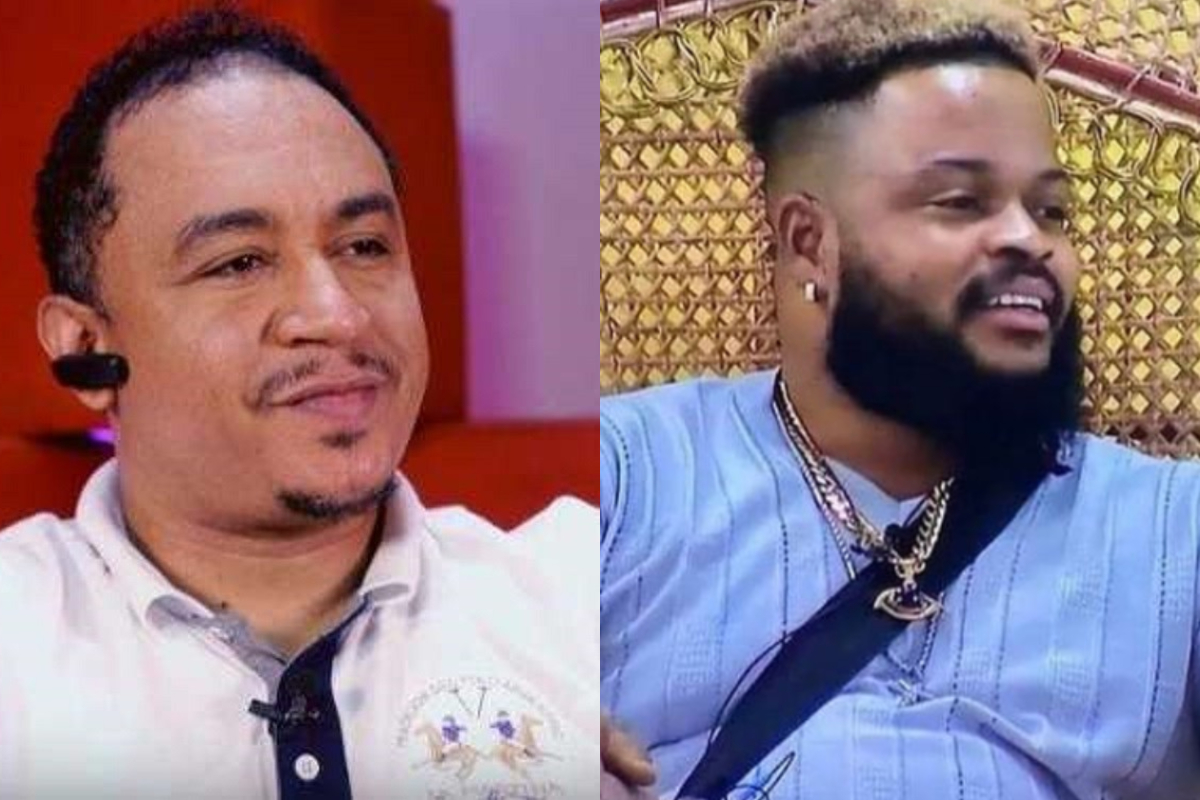 Media personality, Daddy Freeze has commended Big Brother Naija housemate, Whitemoney for looking away as his co-housemate, Angel deliberately flashed her vagina in his presence.

The incident occurred while Angel was left alone with fellow housemates, Whitemoney and Queen in a closet and then Angel deliberately lifted her shirt to expose her Veejay to Whitemoney but he looked away and described her as a marketer.

“Angel knows what she doing. She’s a marketer. I believe her actions are calculated and very deliberate. I pray she gets all the help and guidance she needs and doesn’t surround herself with yes men,”

Reacting to this, Freeze said Whitemoney looking away exposed an age old fallacy in belief that “the way a woman dresses could incite a man to rape her”.

The OAP further stated that this suggests that the manner in which a woman chooses to dress or undress has never been the problem, rather, it’s the state of the mind of the man that has been the culprit all along.

The media personality further averred that “if the sight of a whole bushy triangle couldn’t entice Whitemoney to misbehave, then the excuse of ‘she wore a mini skirt’ has expired.”

Taking to his Instagram page, the dad-of-three heaped praises on Whitemoney for showing that he is a true gentleman.

READ ALSO: ‘Money Is The Least Of A Child’s Problem’ -BBNaija Star, Angel Gets Emotional As She Opens Up About Growing Up With Her ‘Toxic’ Family

“White Money of #BBNajja just exposed an age old fallacy in it’s benighted absurdity.
Prior to this, many believed that the way a woman dresses could incite a man to r*pe her.
–
However, when faced with Angel in her unclad state, all he did was crack a joke about her being a ‘marketer’ and look away.
–
This suggests that the manner in which a woman chooses to dress or undress has never been the problem. Rather, it’s the state of the mind of the man that has been the culprit all along.
–
If the sight of a whole bushy triangle couldn’t entice White Money to misbehave, then your excuse of ‘she wore a mini skirt’ has expired!-

I know some would contend this assertion, asking; “could it be that he wanted to eat premium steak and what he saw was yesterday’s peppered snail?”

Although that’s a valid argument, White Money’s focus and comportment in the house so far, still reflects the premise that self control is one of his strengths.
–
Furthermore, self control is one of the fruits of the Holy Spirit, as the scriptures teach us:
–
Galatians 5
New International Version
[22] But the fruit of the Spirit is love, joy, peace, forbearance, kindness, goodness, faithfulness,
[23]gentleness and self-control. Against such things there is no law.
–
Nonetheless, it you are a man who lacks the self control White Money displayed, there is another option; flee from ‘Potiphar’s wife’ like Joseph did in
Genesis Chapter 39 verse 12.” 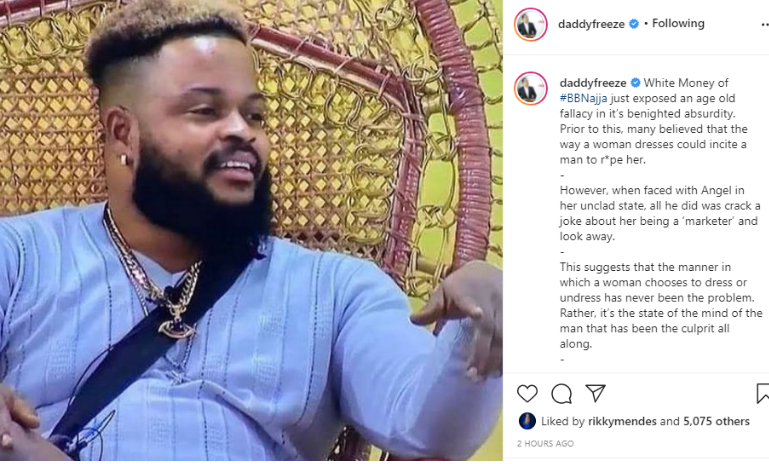