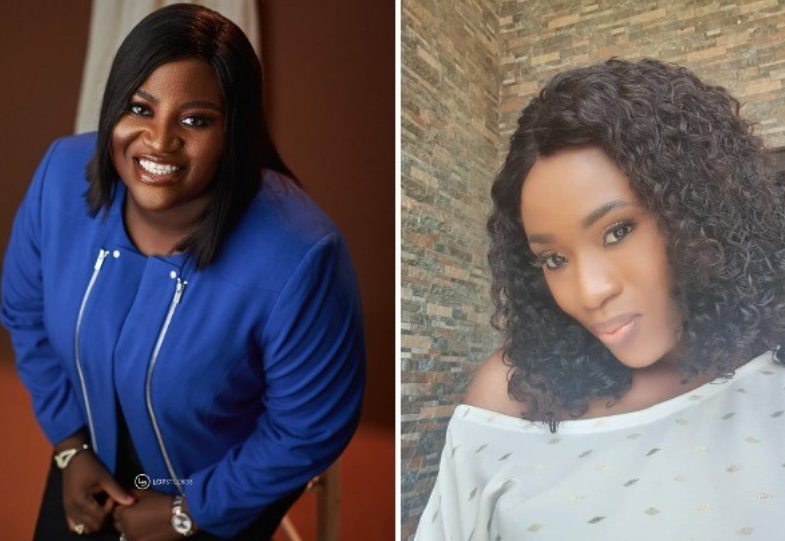 In commemoration of the 2021 World Mental Health Day celebrated annually on October 10, we focus on the experiences of survivors and persons battling mental health conditions and mothers who suffered postpartum depression are not left out.

After surviving nine months of disrupted sleep and tiring days, Mrs. Aronke Feyi-Emmanuel thought taking care of her baby after delivery and managing the home front was going to be easy.

For the first few days, everything went as expected. Her daughter was a healthy bundle of joy who took to nursing right away, slept soundly, and hardly ever cried.

But gradually, Mrs. Feyi-Emmanuel started to feel sad, overwhelmed, and consistently tearful. She frequently felt irritable and on edge.

She had limited support, her parents were in another country and the family she was staying with had to go to work. She narrated:

“I began to feel overwhelmed at first. I had thoughts of throwing the baby against the wall or even dropping her on the floor.

Of course, those were not normal thoughts. I loved my baby and the idea of being celebrated for having the baby but the responsibilities of care for the baby at that time overwhelmed me and opened the gateway to those thoughts.”

She felt utterly incapable of soothing her baby and would get frustrated and tearful, especially when she’s alone with the baby.

Opening up to PUNCH HealthWise, Mrs. Feyi-Emmanuel said not getting enough rest and having to do a lot of chores triggered her depression.

According to experts, first-time moms have a higher risk than other new mums for developing postpartum depression.

A psychiatrist, Dr. Obi Igbokwe says postnatal depression is a type of depression that can affect either the mother or father after having a baby. Igbokwe said:

“The symptoms include constant sadness, lack of energy, and difficulty bonding with the baby.

“There is no single known cause for postpartum depression but there are several risk factors that predispose one to develop the condition, such as hormonal changes,a history of mental health problems, and poor social support network.

“Other risk factors include a strenuous relationship with a partner, recent stressful life events, such as bereavement, physical or psychological trauma, such as domestic violence, and having the baby blues.”

The psychiatrist, who is also the Chief Executive Officer of WellNewMe, explained that baby blues is the emotional upheaval that commonly follows the birth of a child and is caused by the sudden change in hormones after delivery, combined with stress, isolation, sleep deprivation, and fatigue. He added:

“It usually lasts no longer than two weeks, unlike postpartum depression that lasts longer, often more severe, and can sometimes get progressively worse with time.”

The Medical Director and Psychiatrist-in-Chief, Pinnacle Medical Services, Lagos, Dr. Maymunah Kadiri, said having a baby is stressful, no matter how much one looks forward to it or how much one loves the child. She explained:

“Considering the sleep deprivation, new responsibilities, and lack of time for oneself, it’s no surprise that a lot of new mums feel like they’re on an emotional rollercoaster.

The normal part of the challenging transition into motherhood is called baby blues; it affects half of the newborn mothers and starts three to four days after childbirth, and generally subsides by the time the child clocks 10 days.

Postpartum depression, on the other hand, may share many symptoms with baby blues, but its symptoms are more severe and last longer than two weeks and can interfere with a mother’s ability to function and care for her baby.

It affects about one in 10 mothers. Therefore, postpartum depression is different from baby blues.”

“I was thankful when my husband became available to help but it was only for three weeks, as he needed to return to work and end his vacation.

I would sometimes stay up late in the night just crying. Those thoughts crept in mostly when I was alone with the baby. I blamed myself for having the baby when I was not quite mentally or emotionally ready.

I felt ill-prepared for motherhood, and depression set in. I lost my zeal for work and had to quit my job four months after my baby arrived.”

Her experience with depression lasted for 12 months and overcoming it was not quite instant. Now, a mother of two children, she is thankful that she was able to overcome her episodes of extreme mood swings that vary from depressive lows to manic highs. She narrated:

“All I can say is God loves me because the depression lasted one year after I had my baby.

“I made sure to constantly talk about how I was feeling either to my husband, mum, or friends. I just always talked. I got help too; not being alone with the baby helped. I got a live-in helper.

“I prayed about it. I told God what I felt and what I wanted. I specifically told him I wanted a break of five years from having more children, which He granted.

“I did a lot of research too about postpartum depression and the resources I found online, as well as following some psychiatrists, helped me get out of it. This also helped me when I was ready for my second child to have an entirely different and better experience.”

She urged mothers, especially first-time mothers, to take care of their mental health. In her words:

“As a mum, taking care of your mental health is your primary responsibility.Look out for yourself, spot the signs early and seek help.”

Dr. Igbokwe noted that it is estimated that the prevalence rate of postpartum depression in Nigeria is around 14 percent in women that have just given birth, which is in line with the 13 percent rate seen globally.

Kadiri, who is also a psychotherapist, said studies showed that first-time mothers have a higher risk for postpartum depression than other mums, and their risk is greatest during their first three months of parenthood.

“Postpartum depression is also more common in certain groups, such as first-time mothers, mothers of preterm babies, women with a prior history of depression, and those who lack a strong support network.

“The reported rate of clinical postpartum depression among new mothers is between 10 percent to 20 per cent. One recent study found that one in seven women may experience PPD in the year after giving birth,”

Just like Mrs. Feyi-Emmanuel, Adetoun Afolabi had imagined how happy she would be when she finally had her baby. She could not wait to see him, hold him and give him kisses.

A week after her bundle of joy arrived, however, she felt that it was a constant race against the clock – with nursing, breastfeeding, and changing. She said:

“I think what triggered it was the sleepless nights and stress from taking care of my baby. It got worse when I was alone with my baby without help and no one to talk to.

“I had unexplainable sadness, loneliness, stress, and fears. I had negative thoughts running through my mind like I couldn’t take care of my baby. What if I made mistakes? What if I was not a good mum?

“I was just crying for no reason. I felt my baby was too demanding, so I hated him.”

The depression got worse, the symptoms tormented her each day she wakes up and it continued for three months when she finally sought medical help.

“At first, I thought it was just stress, until when I had to talk to a doctor who suggested I move to where people can help and people I can talk to, and those I can trust my baby with.

“He also advised that I should have alone time and rest. So, I had to move to my parents’ house, where I had people to help me with lots of things, even taking care of me. Then people to talk to, and I could go out alone to do some things on my own,”

According to her, gradually, that terrible, hovering feeling of sadness and anxiousness started to lift. It was as if the sun had finally come through the dark clouds that surrounded her.

Reflecting on her experience, she said she didn’t believe she was going to have an experience with depression after delivery.

Now, Mrs. Afolabi says she’s doing well and enjoying watching her son grow up. She has come through the experience with an understanding that she can cope with any change life throws into the mix for her.

“Postpartum depression is real get help when you need it, be around people, talk to people.

“Make out take time for yourself. Bottle-feeding or exclusive doesn’t determine whether you are a good mum or not. Babies will cry. They are meant to cry; that’s their major means of communication. So don’t get hard on yourself.”

Dr. Igbokwe also advised mothers to seek help from medical professionals who will be best placed to determine the severity of the condition and what adequate treatment will be needed.

Kadiri added that it is important for mothers to recognise the signs and symptoms of postpartum depression so that they can access help as early as possible.

“The severity of it depends on the number of symptoms, the intensity, and the extent to which they affect mother’s day-to-day life,”