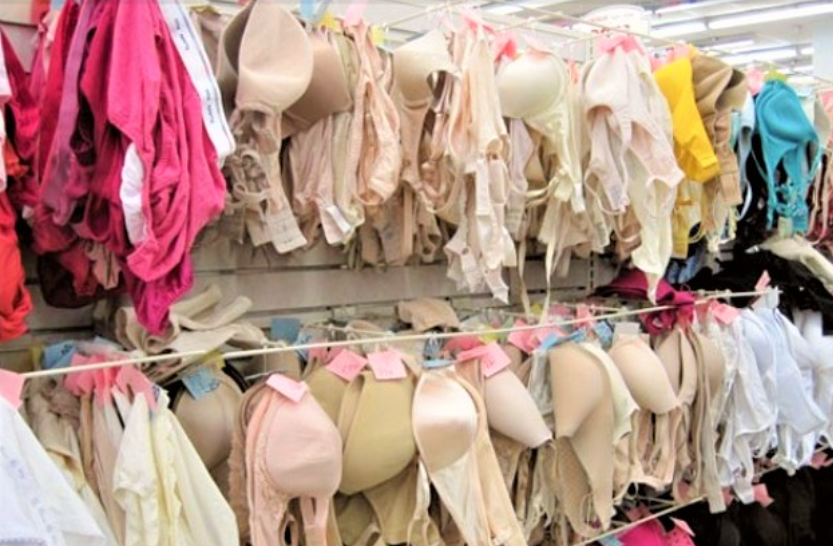 A consultant physician and dermatologist at the Lagos State University Teaching Hospital, Ikeja, Dr. Folakemi Cole-Adeife has cautioned against wearing second-hand underwear, noting that it can increase the risk of infectious diseases.

According to the expert, wearing second-hand pants and bras can cause fungal infections or mite infestation, and lice.

Dr. Adeife-Cole also said it can lead to vulval or vulvovaginal candidiasis, scabies in women, and tinea cruris in both males and females.

According to an online portal, Healthline, vaginal yeast infection, also known as candidiasis, is a common condition. A healthy vagina contains bacteria and some yeast cells but when the balance of bacteria and yeast changes, the yeast cells can multiply. This causes itching, swelling, and irritation.

The health portal noted that untreated scabies can live on the skin for months, reproduce on the surface of the skin and then burrow into it and lay eggs. “This causes an itchy, red rash to form on the skin,” it added.

Speaking in an interview with PUNCH HealthWise, Dr. Cole-Adeife said:

“I won’t advise anyone to buy or use second-hand underwear, particularly panties or boxers. Purchasing second-hand clothes is on the rise possibly due to the current socio-economic situation in the country.

“It’s advisable that such clothes are washed thoroughly and ironed before being worn.”

A study conducted by researchers at the Department of Microbiology, Adekunle Ajasin University, Akungba-Akoko, Nigeria, noted that second-hand clothes are potential carriers of pathogens for skin and other infections.

READ ALSO: ‘Medicated, Antiseptic And Liquid Soaps Are Bad For Your Skin’ -Dermatologist Tells Why

The study titled “The Microbial Diversity of Fairly Used Wears Sold In a Lagos Market, Nigeria” was led by a Senior Lecturer in the department of AAUA, Festus Olajubu, and published in the Journal of Pharmacy and Biological Sciences.

The researchers said clothes have the potential, just as any other hand contact site, to be a component in the chain of infection transmission during normal daily activities.

They said “Okrika” as is fondly called, is highly patronised by Nigerians, and yet, there is very little information on the attending health implications and what to do to reduce it.

They concluded that “diverse potential pathogens were isolated from the second-hand clothes with bed sheet and panties been the one with the highest microbial count for bacteria and fungi respectively.

“These isolated pathogens are also incriminated in life-threatening diseases. Though the use of detergents in re-washing the fairly used wears reduced the microbial load, it never removed them totally.

“The flare for fairly used clothes because of the assumption that they are cheaper and of better quality than new ones will have to be weighed carefully in view of the likely attending health implications,”