Former child star, Justin Bieber and wife, Hailey Baldwin recently gave one of their most candid interviews on their marital struggles on the “In Good Faith with Chelsea & Judah Smith” podcast today —and for the first time, Hailey really opened up about the toll watching her husband struggle with his mental health had on her as his new wife.

In February 2019, reports came out about Justin seeking treatment for depression; he and Hailey had gotten married just months before in September 2018. Hailey later called the first year of their marriage “very difficult” in a March 2021 interview with ELLE.

During the recent chat, Hailey spoke about the moments she nearly broke under the weight of watching her partner struggle.

“I remember I called [my mom, Kennya Baldwin] a few different times, one particular time [when] we were in Brooklyn and I was calling her, I was crying, and I was like, ‘I just can’t do it. There’s no way that I’m going to be able to do this if it’s going to be like this forever,’”

“And I just remember she was so calm on the phone and she was like, ‘It’s going to pass, and you’re going to be fine and he’s going to be healthy and we’re here for you.’ And I do feel like we had a lot of support.

I feel like if I didn’t have support, it would’ve been 10 times harder, and it was already the hardest thing in my life at the time so I also just think I was in it. I made a decision.

I know for a fact that I’ve loved this person for a very long time and now would not be the time to give up on him. I just wouldn’t do that to him.”

“Imagine abandoning somebody in the middle of the worst time of their life, potentially. I’m not that type of a person.

So I was going to stick it out no matter what the outcome was going to be. It was really hard. There were days where I literally was like, ‘I don’t know if he’s going to be okay.’

Something really deep down inside of me was like, ‘He’s going to get through it.’ I just didn’t know how long it was going to take. That’s what I think was the hardest thing. There’s no guarantees.”

“I was having these out of body experiences where I would say things like, ‘I just feel my hands in a weird way…’” 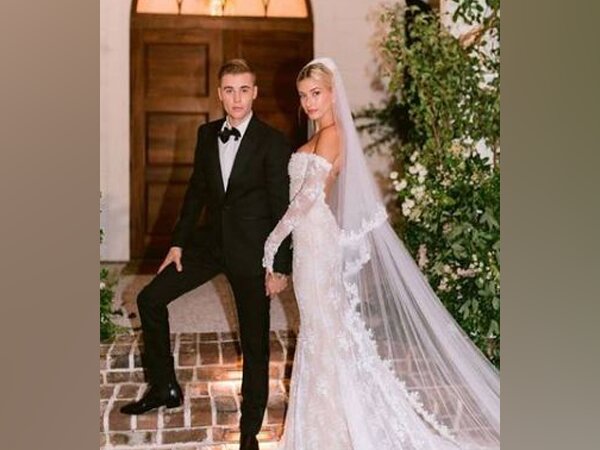 Justin also shared how their relationship helped him work through some of his trauma. He credited ‘time’ with helping him and Hailey become truly unconditional partners, not any one breakthrough moment.

“I think it was just time that healed things, just us showing up for each other every day, being consistent, me seeing that she wasn’t going anywhere,”

“I think I had a lot of, like, rejection issues that I had to just fight through, but just her just continuously showing up every day and being there for me. And I just kept seeing that over and over and over. And I just became more secure, and more secure with where we were at in our relationship.”

Hailey added that the pair will always “fight” for each other. She said:

Hailey also addressed their rapid-fire romance: The two got back together in June 2018, engaged in July, and married that September. But they had dated before and knew, she said, that if they did date again, they would do so with the plan to get married eventually. She said:

“We’d have conversations when we were younger, [and] we always knew if we ever do get back together, it will be with the intention of getting married.

“We used to say that to each other and talk about that. I don’t think it was that surprising for us. I don’t know if I ever thought it would be that soon. I didn’t think I’d be getting married at 21. I always used to think in my head, ‘Oh, if Justin and I ever get back together, we’ll be a little bit older and it’ll be later in life,’ and God was like, ‘Yeah, that’s really funny because here’s you at 21.’”

The couple appears to be in a much better place three years later. In fact, in one scene of the Amazon Prime documentary Justin Bieber: Our World, the “Baby” singer expressed his hope to expand their family very soon.

“My intention for 2021 is to continue to set goals and have fun while doing them. Make sure I put my family first and hopefully we squish out a nugget,”

the singer told his wife ahead of his New Year’s Eve 2020 concert, per People.

You can listen to Hailey and Justin’s full conversation here.