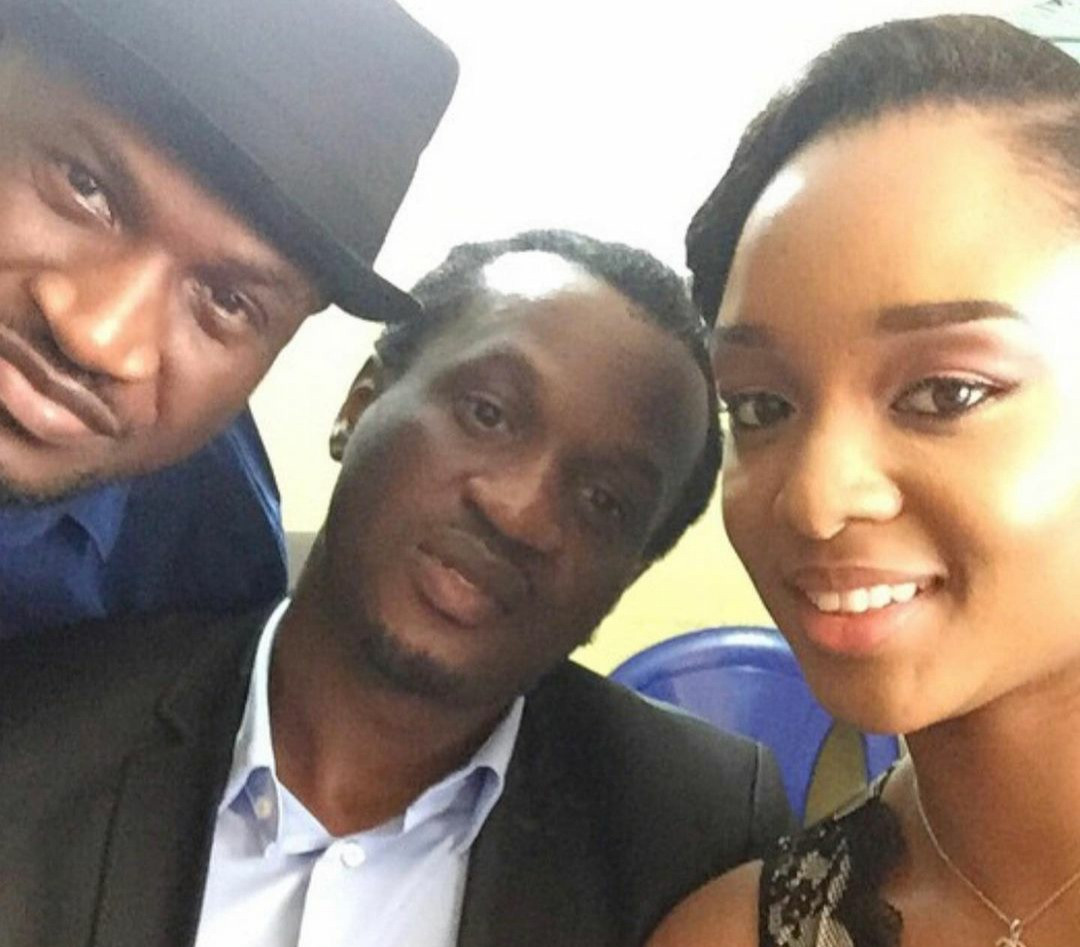 Singer, Paul Okoye’s estranged wife, Anita has reacted as he and his twin brother, Peter finally settled their rift after almost half a decade.

The famous brothers of the defunct music group, P-Square stirred massive reaction on social media on Wednesday after a video which showed the moment they finally got to meet with each other and shared a warm brotherly embrace after 5 years apart, found it’s way to the internet.

Reacting to their reunion, the mother of three in a birthday message penned to the twin brothers today, November 18, highlighted some of the lessons she learnt from the age-long beef.

According to her, the reunion is a lesson to people to never involve themselves in a tiff that doesn’t concern them, while noting that she never took sides in their fight.

”Dem be 1 no be 2!!  Happy Birthday Ejima! This is best birthday present either of you could receive!

There’s a lesson here –
Do not EVER involve yourself in a tiff that doesn’t concern you AND
Don’t let social media and the opinion of those who do not matter define your situation!

ALSO SEE: Why I Chose My Wife & Kids Over My Brothers – Music Star, Peter Okoye

Lola Omotayo-Okoye has sent birthday wishes to her husband, Peter Okoye, and his twin brother, Paul, as they turn a year older today November 18.

Peter’s wife, Lola Omotayo Okoye, also took to her page to celebrate the twins. In her post, the mother of two expressed happiness that the famous singing duo have put their differences aside and allowed love to guide them.

”To my favorite twins, today is such an emotional day for me. I am so so happy that you have finally put your differences aside and allowed love guide you.

Happy Birthday Peter and Paul, you be ONE no be Two! More blessings, more love! Family for life. We bring it back again!!!!!! Good health, long life and prosperity is your portion. Amen.” 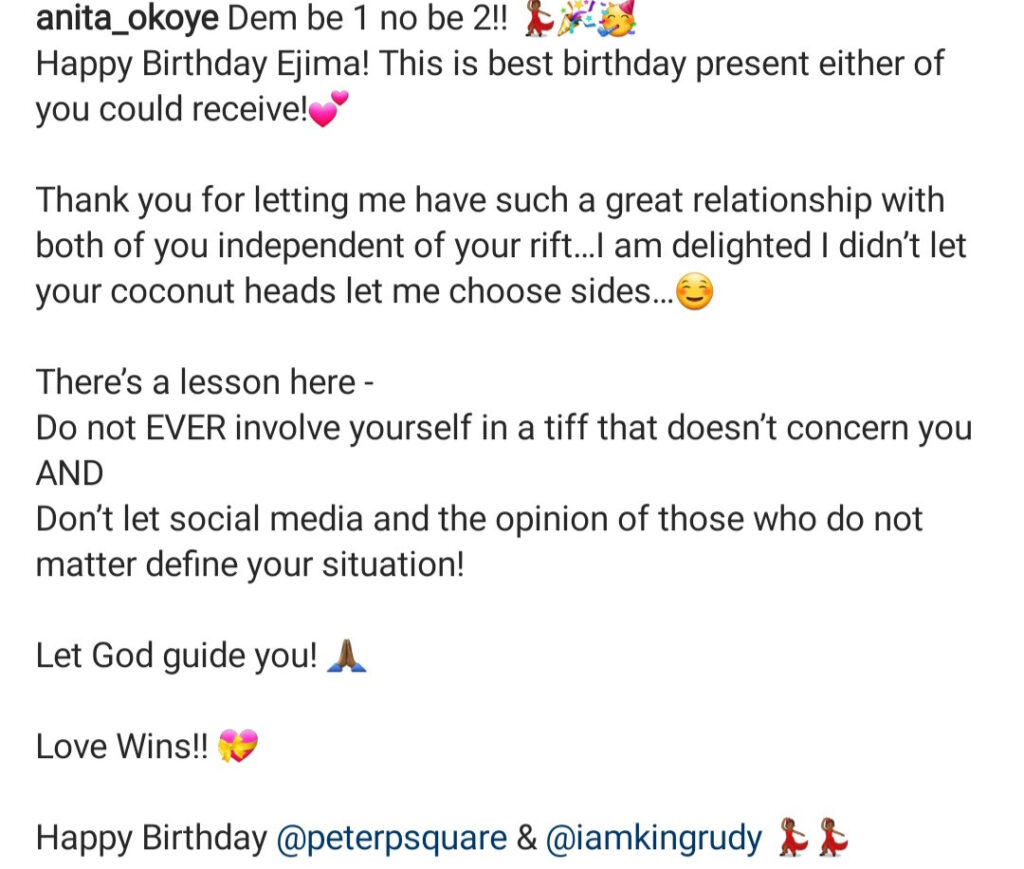