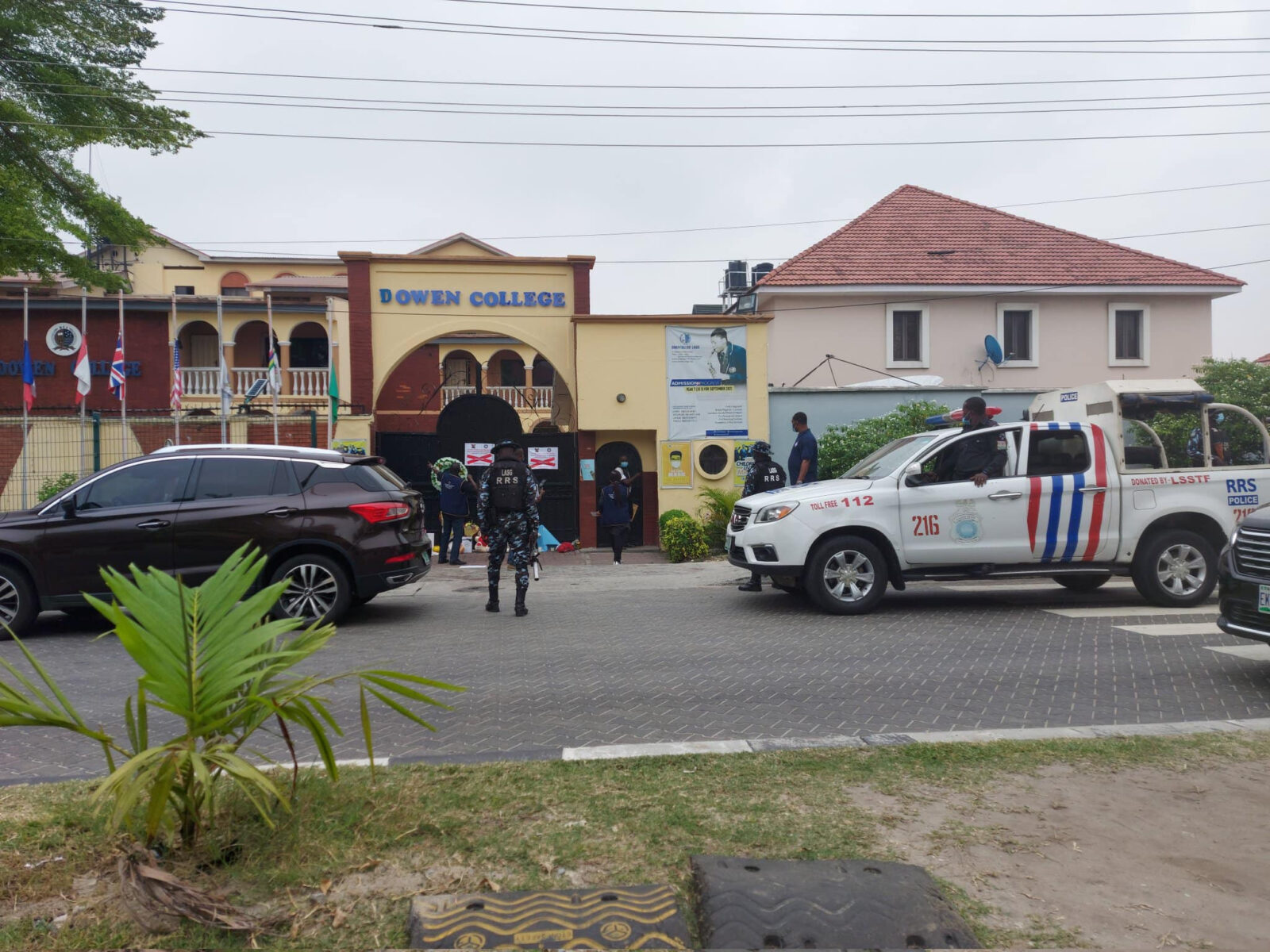 Actress, Susan Peters Calls Out Singer, Lami Phillips, Said To Be A Director At Dowen College Over Tragic Death Of Sylvester Oromoni | (Video)

Dowen College, Lekki, Lagos has been sealed by government, days after the tragic death of a 12-year-old student of the school, Sylvester Oromoni (Jnr) led to an outcry on social media.

The seal had the Lagos state government’s logo and security operatives were seen carrying out the order. This is coming after the state government ordered closure of the school pending an investigation on how the innocent student died.

Twitter user, @AdaErema who shared a photo from the scene, wrote;

“Happening now. Dowen College has been sealed. I’m glad I witnessed it.” 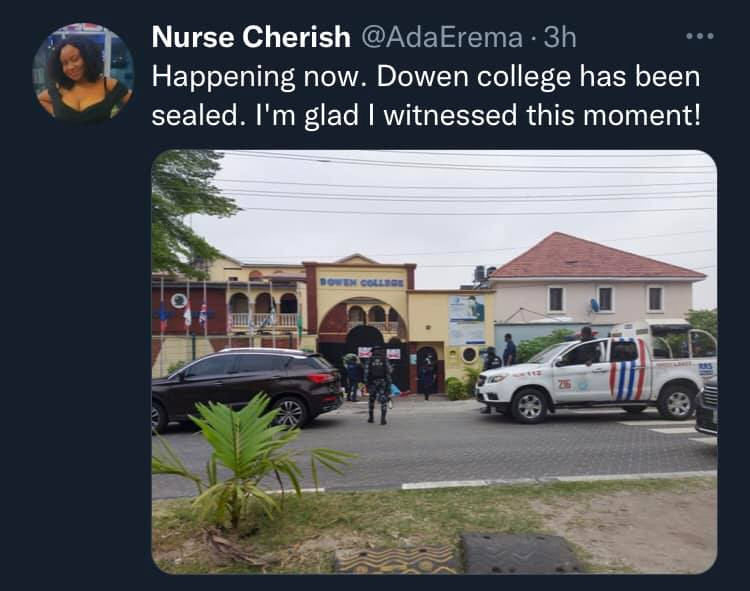 Meanwhile the distraught father of the late student has listed out four things that must be done before he will lay his late son to rest.

His son, Sylvester Oromoni (Jnr) died after some senior students allegedly tortured him owing to his refusal to join a cult group in the boarding school.

The cousin of the deceased revealed via his Twitter account that five students bullied him, and forcefully gave him a chemical substance to drink.

However the school in a statement released on Friday denied any form of bullying or attack on the student.

According to Dowen College Principal, Mrs. Adebisi Layiwola, the whole incident is strange and unbelievable. Speaking with The PUNCH on how the family is coping after the death of their son and their demands, Sylvester Oromoni (Snr) said,

The distressed dad had also said that no matter how long it takes, the family would keep the young boy’s body until all those connected to his death are served justice.

ALSO SEE: Tragic Story Of How 12-Year-Old Dowen College Student Was Allegedly Murdered By His Classmates

Cost Of Data, SMS And Calls To Go Up As Telecommunication Companies Propose 40% Tariff Hike

On how his wife was dealing with the trauma, he said,

“She can hear you but she is almost crying. All of us couldn’t sleep. We had to take sleeping pills before we could sleep last night.

It has been a really tough time for the family. That boy was our star and light, such a lovely young boy. When I look at the picture I took with him just two months ago when my daughter graduated, it breaks me.”

Mr Oromoni had lamented and called for justice, stating that the parents of the students responsible for bullying and assaulting his son are about to fly them out the country.

He disclosed this in an interview with The Cable yesterday, stating that the parents of the students are wealthy and were alerted by the school to pick their wards.

“The parents of the boys are wealthy. They withdrew them. The school called the parents to pick their wards; interviewed them. Some of the parents are planning to fly the children out of the country,”